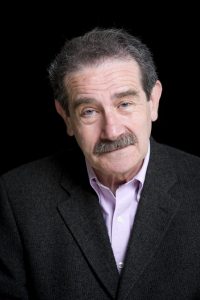 Welcome to week nine of our blog series for “Baseball Americana,” a major new Library of Congress exhibition opening this Friday, June 29. This is the ninth of nine posts – we’ve published one each Thursday leading up to the opening. In this post, John Thorn, the official historian of Major League Baseball, writes about the evolution of baseball in America.

“Ninety feet between bases,” wrote Red Smith, “is perhaps as close as man has ever come to perfection.” Other writers have extolled the divine inspiration that must have produced a game of nine men and nine innings, with an exhilarating disregard for the clock. Baseball grew up with the republic and has been the rock around which life’s turbulent waters have swirled. Amid unceasing, unsettling change in all America’s institutions, our game has given us an everyday reminder of all that was once good about America and might once be again.

Or so it goes. In fact, the only permanent thing about America is change. Baseball has changed irresistibly, whether through innovation or evolution, sly turns in custom and practice or overt rule changes. Fans of a certain age have seen “their game” bloat from two hours to three; relief pitchers proliferate; defensive shifts turn former hits into routine outs; and increasing strikeouts and home runs result in fewer balls in play.

The belief in our nation’s historic game as a repository of its ancient values is strengthened by a shared belief in things that may not be so … we do no dishonor to baseball’s story to call it myth. Truly, much of what we love about the game today, and what binds us as a people, is its yesterdays. The ever-present past is what keeps Babe Ruth alive as we watch Shohei Ohtani, the remarkable pitcher-hitter of the Los Angeles Angels.

Ohtani may be the superior athlete of the two, but Ruth will be forever unchallenged as the greatest player the game has known, in part because he was a colossus among pygmies. (This is an inflammatory remark, I recognize, but this space is too limited for its justification.) Players of greater ability than the heroes of yore are among us today, their feats camouflaged by the heightened skills of those around them.

To those who revere the eternal verities of an unchanging game, such talk is blasphemy, of course. Baseball analysts who love the game – but fear for its future in an age of competing distractions – have suggested moving the pitcher’s slab, or splaying the foul lines, or restricting the use of infield alignments. Most radically, veteran pitcher and announcer Jim Kaat recently outraged his Twitter followers by proposing that baseball become a game of seven innings.

This tickled me, for the intensity greeting Kaat’s idea matched that at a baseball convention held long ago, in 1857, when the New York clubs agreed to play the new game of baseball by a set of rules that, for the first time, established:

Yes, you read that right. The “Laws of Base Ball” offered at the convention provided for a game of seven innings (12 had been suggested, too). Only a last-minute reversal gave us our “divinely inspired” game of nine innings.

The Library of Congress will display, as part of its “Baseball Americana” exhibition, the treasured manuscript of these “Laws,” whose adoption in 1857 represent, in this writer’s view, the dawn of baseball as we might recognize it today.

BONUS QUESTION
Tell us what baseball means to you in three words.