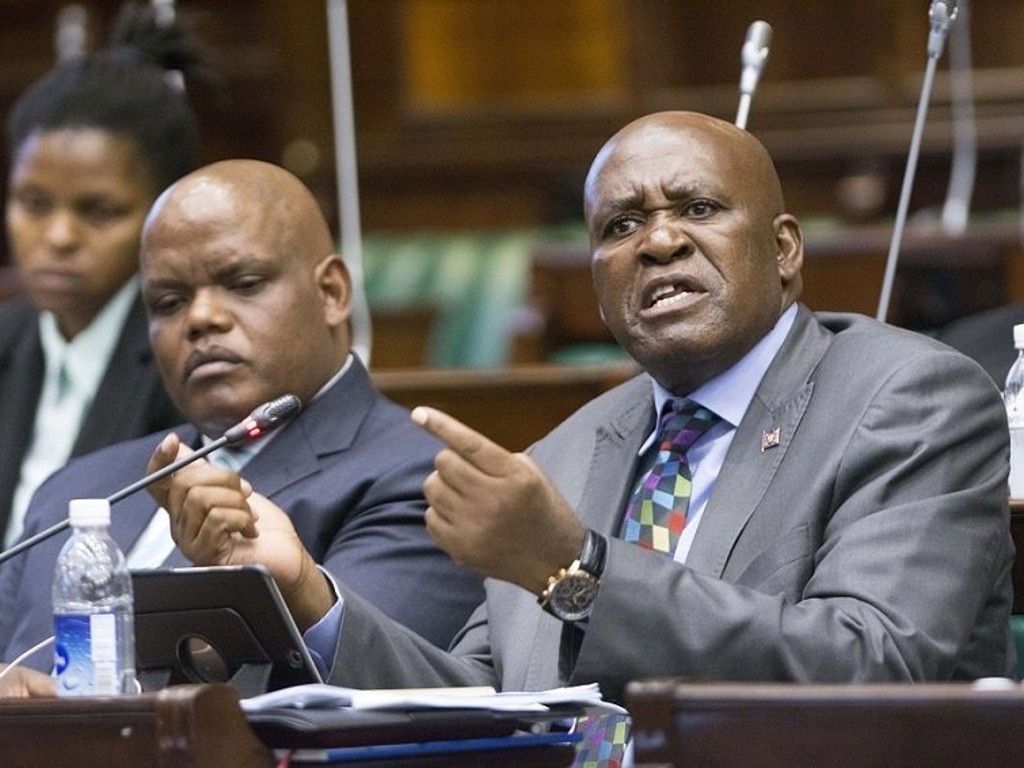 In the affidavit, Ntlemeza says that the court’s decision was a blow, and destroyed a 35-year unblemished reputation.

Former head of South Africa’s Directorate for Priority Crimes (Hawks), Berning Ntlemeza, has been suffering from low self-esteem following his court-ordered removal, read an affidavit attached to Ntlemeza’s request to appeal his removal lodged at the Supreme Court of Appeal in Bloemfontein.

In the affidavit, Ntlemeza says that the court’s decision was a blow, and destroyed a 35-year unblemished reputation.

“The decision by the court has been a devastating blow to not only me but my family and to the country as a whole.I now find myself inadequate with a very low self-esteem and a perpetual blemish. The reputation I have built over the years without a blemish has now been shattered at the time when I am in the afternoon of my career as a policeman,” Ntlemeza said in the affidavit.

The appeal was lodged by the former Hawks boss’ legal counsel, Comfort Ngidi, last month. Ntlemeza’s counsel is arguing that the High Court did not have the jurisdiction to order his removal.

“The court committed an error in granting the enforcement order because the removal of the national head of the Directorate for Priority Crime Investigation [the Hawks] is regulated by the provisions of section 17DA of the SA Police Service Act,” Ngidi said.

The Pretoria High Court reviewed and set aside Ntlemeza’s appointment as head of the Hawks, in March, which followed a 2015 High Court ruling that found that he had lied under oath and lacked integrity.

In addition to the former Hawks boss’ Supreme Court appeal, he has also lodged a High Court application for an interdict against Police Minister Fikile Mbalula. Ntlemeza wants the court to rule that Mbalula may not interfere in his duties at the Hawks by barring him from the offices.