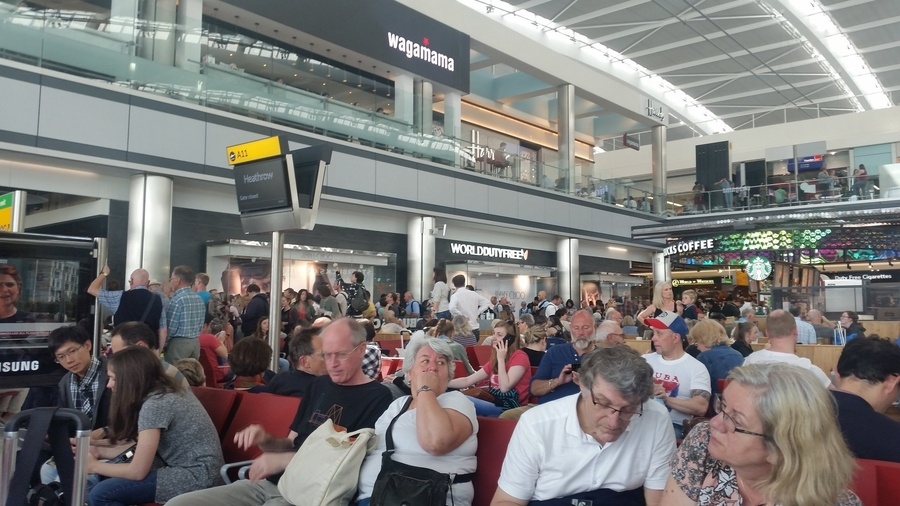 If the Trump administration gets its way, U.S. citizens boarding international flights will have to submit to a face scan, a plan privacy advocates call an ill-advised step toward a surveillance state.

The Department of Homeland Security says it’s the only way to successfully expand a program that tracks nonimmigrant foreigners. They have been required by law since 2004 to submit biometric identity scans — but to date have only had their fingerprints and photos collected prior to entry.

Now, DHS says it’s finally ready to implement face scans on departure — aimed mainly at better tracking visa overstays but also at tightening security. But, the agency says, U.S. citizens must also be scanned for the program to work.

“Congress authorized scans of foreign nationals. DHS heard that and decided to scan everyone. That’s not how a democracy is supposed to work,” said Alvaro Bedoya, executive director of the Center on Privacy and Technology at Georgetown University.

During the pilots, passengers will be able to opt out. But a DHS assessment of the privacy impact indicates that won’t always be the case.

“The only way for an individual to ensure he or she is not subject to collection of biometric information when traveling internationally is to refrain from traveling,” says the June 12 document available on the website of Customs and Border Protection, which runs the DHS program.

John Wagner, the Customs and Border Protection deputy executive assistant commissioner in charge of the program, confirmed in an interview that U.S. citizens departing on international flights will submit to face scans.

Wagner says the agency has no plans to retain the biometric data of U.S. citizens and will delete all scans of them within 14 days. However, he doesn’t rule out CBP keeping them in the future after going “through the appropriate privacy reviews and approvals.”

A CBP spokeswoman, Jennifer Gabris, said the agency has not yet examined whether what would require a law change.

Privacy advocates say making the scans mandatory for U.S. citizens pushes the nation toward a Big Brother future of pervasive surveillance where local and state police and federal agencies, and even foreign governments, could leverage citizens collected “digital faceprints” to track them wherever they go.

A network of government databases collects face scans — which computers read as mathematical formulas, or algorithms, from mug shots, driver’s…