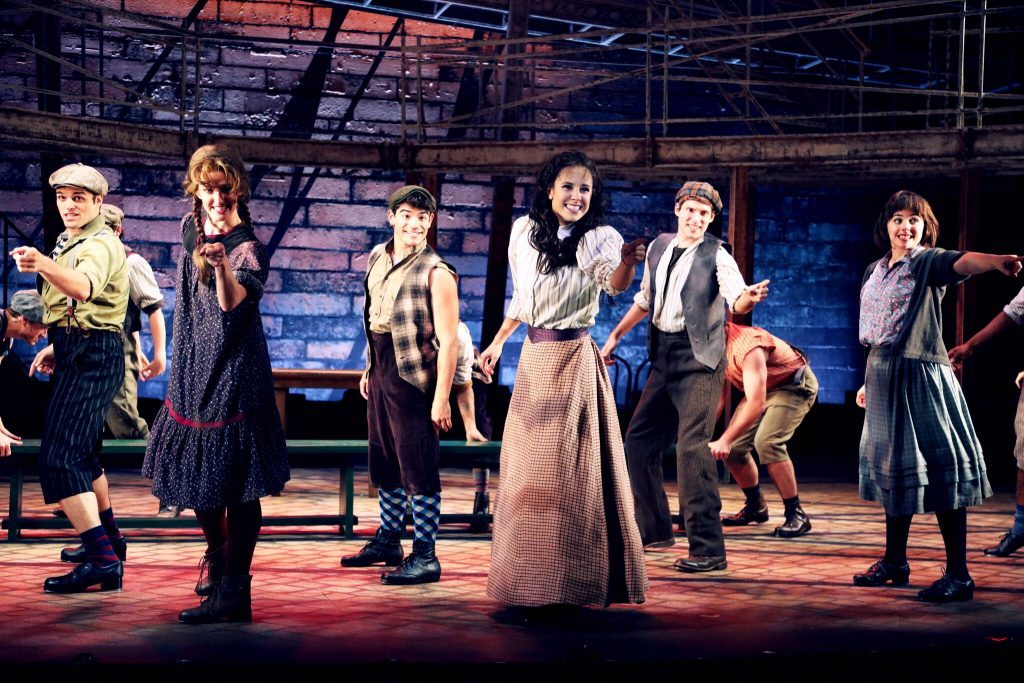 Benny Seda-Galarza, a public affairs specialist in the Communications Office, is co-author of this post.

For two long weeks in summer 1899, readers of the New York World and the New York Journal had to do without their daily papers. The reason: thousands of ragtag child newspaper sellers went on strike against the two largest newspapers in the country, shutting down distribution. They did so after publishing tycoons Joseph Pulitzer and William Randolph Hearst raised wholesale prices of the newspapers by a dime, cutting into the newsies’ meager profits.

The strike is the subject of a 1992 Disney movie, “Newsies,” and a Tony Award-winning Disney musical that debuted on Broadway in 2012. This winter, “Newsies” premiered in South Florida at the Maltz Jupiter Theatre under the direction of Broadway veteran Marcos Santana—but with a twist. Santana cast several girl newsies in the play. 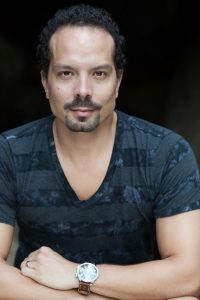 Neither the movie nor the Broadway adaptation, by playwright Harvey Fierstein, includes a girl newsie. Santana added them to his production after researching child newspapers sellers at the turn of the 20th-century in the Library’s collections.

Santana is a choreographer, director, performer and theater arts educator. He began his career in his native Puerto Rico, training in contemporary, modern and Latin dance and ballet and jazz. He has performed in Broadway productions of “On Your Feet,” “Guys and Dolls” and “In the Heights” and has contributed as a choreographer to “Faust: The Concert,” “Rocky,” “Rock of Ages” and “Guys and Dolls.”

Here Santana answers a few questions about “Newsies,” his research in the Library’s collections and diversity in the performing arts.

The newsies strike of 1899 was a turning point in history, not only for the newspaper industry, but also for child labor laws in all industries. These are the very laws that protect our children to this day.

Another important element that attracted me to the story is that the events from 1899 that are described in the play are still occurring nowadays with the current political, societal and humanitarian turmoil we are all living in. Newsies were primarily the sons and daughters of immigrants. They became newsies because they had to help their immigrant parents survive the oppression and disadvantage of being poor in this country.

What inspired you to add girls to the cast?
Even though in the original movie there was a female character, she was not a newsie. In the original Broadway production, they dressed the female ensemble as boy newsies. When we were originally casting the show, I asked the choreographer, and myself, “Can’t we just have them as girl newsies? Why do we have to dress them up as boys? There must have been female newsies at the time, right?”

After some online research, I found some pictures in the Library of Congress database confirming that there were female newsies. They were not as common, but they existed. Some immigrant families only had girls and, like boys in the other families, they had to help bring income to the house.

Which collections at the Library did you consult, and how did you access them?
I originally did a simple Google search for “female newsies” and “girl newsies,” and there weren’t many findings. Then I found an interesting article from The Atlantic that mentioned the work of Lewis Wickes Hine and included several pictures of newsies, including female newsies. The article gave a photo credit to the Library of Congress. So I went to the Library’s home page and searched the database of photos, prints and drawings, and there it was, the answer I was looking for.

Can you comment on diversity in the performing arts generally?
Malcolm Forbes described diversity as the “art of thinking independently together.” The key words in that quote are “art” and “together.” We currently live in a time where, finally, our eyes are slowly opening and we are seeing diversity the way it should be understood: as thinking independently together and not as a political or social agenda. When you go to an art gallery, you feel what you feel staring at a piece, without judging it by your gender, race, political, social or religious view. You simply feel.

Why should that be different in the performing arts? Why should seeing an actor of different gender or race affect the way we interpret the piece? Shakespeare had men dress as women to play the female parts and everyone (mostly) accepted this. Why it is so hard to do the same 400 years later?

As an immigrant, as a minority, I experience the narrowed-minded process constantly. Diversity is not a priority for most when it comes to building a show. It feels more like an obligation, something they have to do to “look good.” Thankfully, this archaic way of thinking is evolving, not as fast as I would like, but at least we are making strides forward. Diversity is what makes us evolve.

What, in your view, is the value of the Library’s collections to creators like you?
The Library of Congress to me is synonymous with authenticity, accuracy and reliability. It gives us artists assurance that we can rely on the information found at the Library to be true. It helps us enhance our vision with a more in-depth knowledge of a time period. It is impossible to completely understand the behavior, the atmosphere, the actual events that occurred in the past. But the Library of Congress database helps us acquire a more vivid knowledge of what it was like.