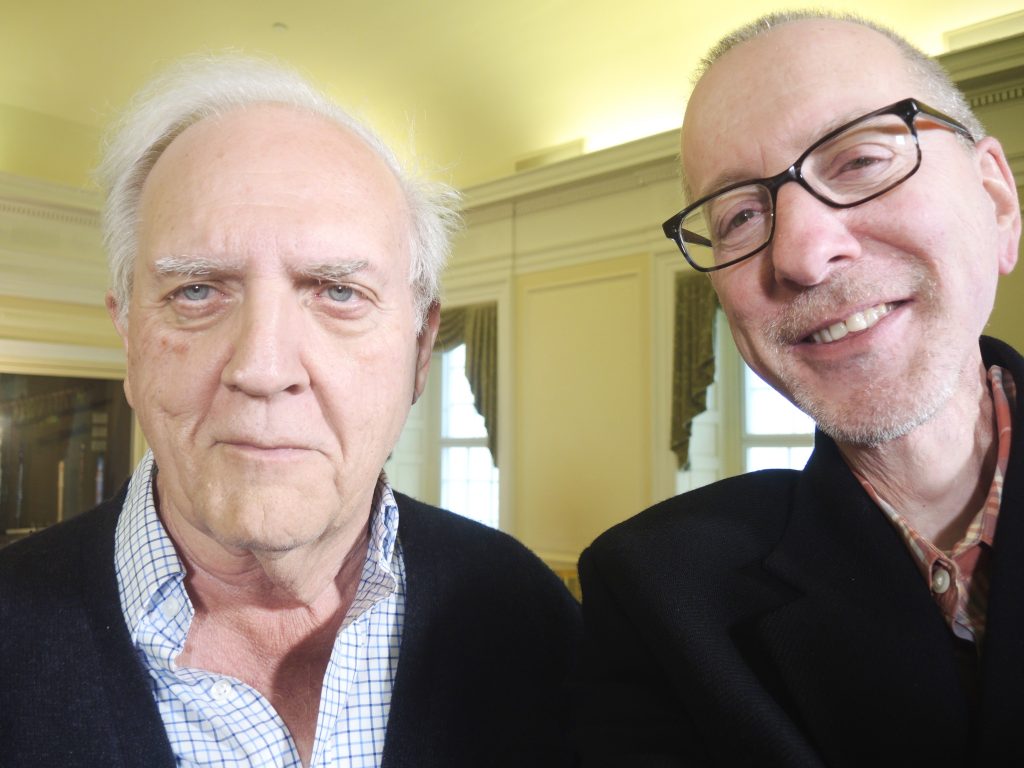 John Szwed has many accomplishments to his name. To name a few, he directed the Center for Jazz Studies at Columbia University, taught anthropology and African American studies for 26 years at Yale University, played jazz professionally for more than a decade, and wrote or edited 18 books, including “So What: The Life of Miles Davis”; “Space Is the Place: The Lives and Times of Sun Ra”; and “Jazz 101.” His book “Doctor Jazz,” included with the CD set “Jelly Roll Morton: The Complete Library of Congress Recordings by Alan Lomax,” won a Grammy Award in 2005.

For much of 2016–17, Szwed was a visiting scholar at the Library of Congress, where he conducted research in the Music Division’s jazz collections. He did so under the auspices of the Jazz Scholar Program, a collaborative effort of the Library and the Reva and David Logan Foundation. It was not Szwed’s first experience at the Library: over many years, he has consulted the Library’s collections for his research. Here Szwed answers questions about his experiences at the Library.

Why did you want to be jazz scholar at Library this past year?

I was anxious to catch up with recent acquisitions in the Music Division and to see what might suggest to me a subject for a new book.

You wrote in a separate blog that you spent a lot of time exploring the papers of jazz drummer Max Roach. What drew you to his papers?

Max Roach was an exceptional musician in many ways. In addition to being a world-known percussionist and composer, he was an author, lecturer, professor, producer and advocate for human rights. Since many of his activities were not as well documented as his music, I wanted to see what was available in the Library. Fortunately, his archive is one of the largest ever kept by a musician.

Why was Roach such an important figure in jazz?

In the early 1940s, he was one of the creators of bebop, one of the most radical and serious forms of jazz. But unlike most other jazz musicians, he was an important figure in every new form of jazz developed after the 1940s. Given that the second half of the 20th century was the most innovative period of the music, with shifts in style and form occurring every 5 to 10 years, his ability to stay creative throughout the era was unprecedented.

Roach was a tireless advocate for social justice. What do his papers reveal about that aspect of his life?

He was a careful writer, one who edited, re-edited and reformulated his writings and lectures and thoughtfully kept copies of all of his work. For a person interested in the politics and history of an era, his writings are very important, especially as they cover everything from the day-to-day problems of surviving as a musician to the larger struggles for the dignity of jazz, for civil rights and for the decolonization of Africa. Throughout his writings, you see not only an advocate, but also a leading figure in the various causes he espoused, and an individual whose own life was directly affected by the results of those efforts.

What details about the economics of the music business did you find in the Roach papers?

His archive documents his efforts to control the publishing of his own music, something rare for a musician in those days and even now. He was the co-founder of a recording company, again, something almost unheard of at the time. What you see in his business letters, his applications for licenses and his negotiations is a musician’s view of the world of arts commerce. Almost everything in his business papers is a revelation.

What surprised you the most in the Library’s collections?

There are surprises everywhere, but I suppose it was the originals of manuscripts of music that were most fascinating. Just to see the writing in the hand of the original composer was something, but to also see the changes that took place between the writing and the recording of many works was especially surprising.

Did you learn anything about other prominent figures that you didn’t know before?

Almost every file of material was a learning experience: the care taken by composers to produce readable manuscripts; a composer’s works not known by the public, not even by scholars; and the passion of many musicians in their defense of their music.

You’ve used the Library’s collections in the past. What are some of your notable discoveries?

Among my biggest surprises were stumbling across an unknown recording by jazz saxophonist Lee Konitz made for a Haitian record company; learning that the Library has a copy of “The Experimenters,” a rare 1965 NET television program on which Ralph Ellison introduced the avant-jazz of Cecil Taylor and Charles Mingus, only to then express his misgivings about what he saw as the intrusion of European art music into jazz; discovering that novelist and folklorist Zora Neale Hurston had once written blues songs; seeing a microphone used by early jazz pianist Jelly Roll Morton when he recorded in the Library of Congress in 1938; finding that playwright Arthur Miller had written scripts and collected folksongs for the Library’s radio programs in 1945; and seeing unknown artworks by the folklorist, filmmaker and painter Harry Smith.

What is it like to work at the Library?

It’s always a pleasure and a learning experience to come to the Library of Congress, whether it’s my own discoveries or what I learn from the staff. A large part of my education has been gained from the specialized knowledge and generosity of librarians.

What is value to scholars, and the public, of the Library acquiring collections like those you’ve consulted and making them accessible?

Personal collections and archives may at least sound interesting in the abstract, but once you delve into them you discover they often contain information and personal insights that are literally history changing, whether by finding an unknown manuscript, or something contained in just a single sentence that reverses what we think we knew.