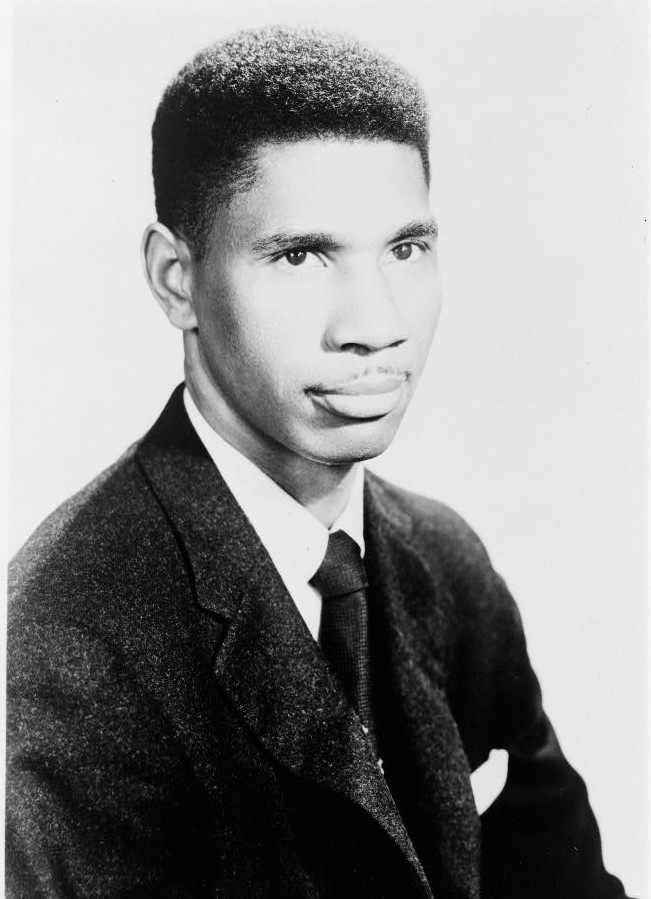 This is a guest post by Jennifer Davis, a collection specialist in the Law Library’s Collection Services Division.

Medgar Wiley Evers, civil rights activist, voting rights activist and organizer, was born 96 years ago this month in tiny Decatur, Mississippi. He would go on to become one of the nation’s most significant 20th-century voices in the causes of civil rights and social justice before being assassinated at the age of 37.

His life story can be sketched out in any number of holdings at the Library, perhaps most notably in the collections of the National Association for the Advancement of Colored People, as he was the organization’s first field secretary in Mississippi, widely regarded at the time as the most violently racist state in the nation.

Decatur in 1925 was a town of a few hundred people in east-central section of the state. His father was a farmer and his mother a homemaker. At the time, Blacks made up about one-third of the local population but were a majority of the state population, at about 55 percent. Still, almost no Blacks could vote and none held political office. They were subject to Jim Crow segregation, lynching and state-supported violence.

When he was a teen, a friend of his father’s was lynched by a white mob for the alleged offense of insulting a white woman. On his way to school each day, Evers had to walk by the tree where the man, Willie Tingle, was hanged.

During World War II, he joined the Army and was sent to Europe to fight in France and Germany. He left the service in 1946 with the rank of sergeant.

When he returned home, he attended Alcorn Agricultural and Mechanical College (now Alcorn State University), where he and his older brother Charles participated in civil rights activism. He met his future wife there, fellow classmate Myrlie Beasley, and married her in 1951, graduating from Alcorn in 1952. 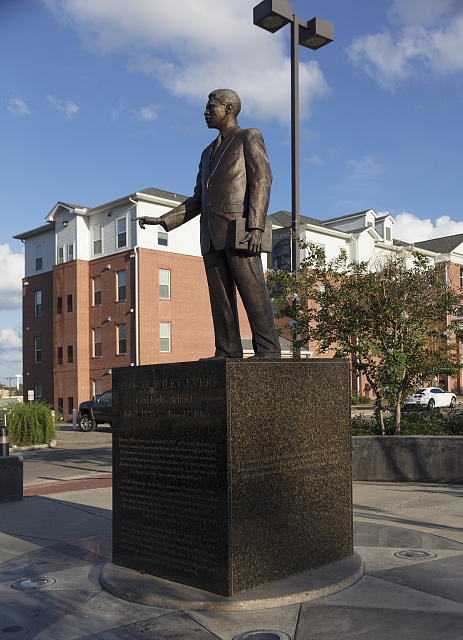 Although he took a job working as an insurance agent in the all-Black town of Mound Bayou in the Delta, he continued his activism and his interest in furthering civil rights for African Americans. While still working at his insurance job, he became president of the Regional Council of Negro Leadership. In that role, he started a civil rights campaign using bumper stickers, “Don’t Buy Gas Where You Can’t Use the Restroom.”

In 1954, after the U.S. Supreme Court struck down segregation, he was the first Black person to apply to the University of Mississippi Law School, but was denied admittance because of his race. Thurgood Marshall, the future Supreme Court justice, served as his attorney.

Later that year, as a result of Evers’ activism, the National Association for the Advancement of Colored People hired him as the first field secretary in Mississippi. He led investigations into nine killings of Blacks, the lynching of Emmett Till, and the wrongful conviction of Clyde Kennard. He established new NAACP chapters, particularly youth councils, organized voting registration drives, participated in boycotts, investigated and gathered evidence of “racially motivated incidents,” and promoted school desegregation. He was repeatedly sent death threats. He taught his children to crawl on the floor of their house — below the windows — and to shelter in the tub if they sensed a menacing person outside. This would prove to be well-founded advice.

In 1962, he worked on the successful bid to get James Meredith admitted to the University of Mississippi. Thousands of angry whites rioted, resulting in more than 25,000 federal troops being called into restore order. Two people were killed and more than 300 injured. The episode became a major moment in the civil rights movement.

By this point, Evers was a marked man to white supremacists. A firebomb was thrown in the family’s carport in early 1963. Myrlie Evers put out the fire with a garden hose.

Then, on June 11, 1963, Evers was at a mass meeting in Jackson, the state capital, with fellow activists. His wife and children stayed home a few miles away listening to the president’s speech on civil rights, asking Congress to create and pass civil rights legislatioṇ. Just after midnight, Evers returned home. After exiting his car, he was shot in the back with rifle fire. The gunman had been hiding in bushes across the street. When he fell, Evers was clutching a handful of T-shirts that read, “Jim Crow Must Go.” 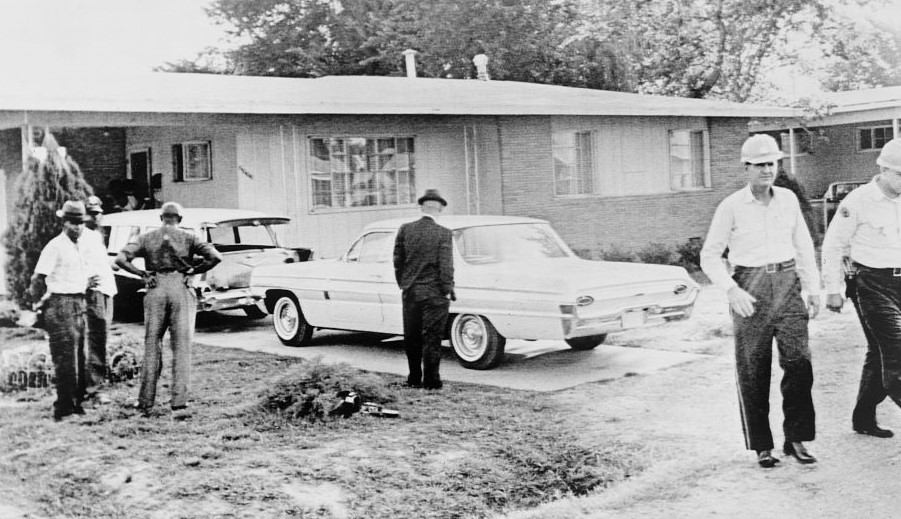 Home of Medgar and Myrlie Evers, the day after his assassination. Photo: UPI. Prints and Photographs Division.

As a combat veteran, Evers was buried with full military honors at Arlington National Cemetery; over 3,000 people attended his funeral. Both his widow and his brother went on to long careers as notable civil rights advocates.

The assassin, Byron De La Beckwith, an avowed white supremacist, pleaded not guilty at trial in the 1960s. Then-governor Ross Barnett, himself a proud segregationist, came to the courtroom to shake Beckwith’s hand in front of the jury. Two juries, both all-white, deadlocked. But three decades later, after new evidence surfaced in stories by journalist Jerry Mitchell, a jury of blacks and whites convicted Beckwith of the shooting. He was sentenced to life in prison and died there in 2001.

Evers became more famous nationally in death than in life. His assassination, and the president’s speech, spurred action on civil rights legislation. One year later, fittingly on his birthday, the Civil Rights Act of 1964 was signed into law. In 1970, the City University of New York named their new Brooklyn campus Medgar Evers College. In 2010, the U.S. Navy named an ammunition ship in his honor. And in 2017, President Barack Obama designated the couple’s home in Jackson, Mississippi, as a National Historic Landmark.