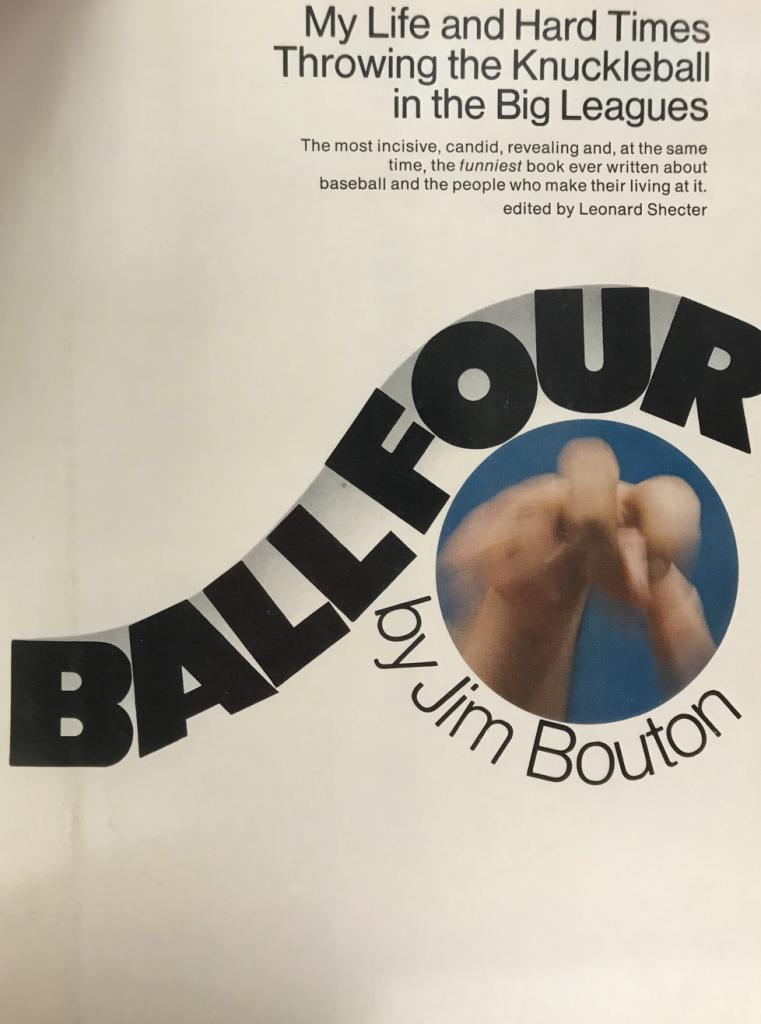 We are thrilled to announce that the Library has acquired the papers of former Major League Baseball pitcher Jim Bouton. Celebrated in his 20s as a pitcher with the New York Yankees of the 1960s, Bouton attained lasting fame as the author of an explosive (and hilarious) memoir, “Ball Four: My Life and Hard Times Throwing the Knuckleball in the Big Leagues.” More than a baseball book, “Ball Four” became a monument to a tempestuous time in American history.

Here, John Thorn, an author and the official historian of MLB, writes about Bouton and their long friendship.

Fifty summers ago, in that year of Woodstock, Apollo 11, and the Mets’ improbable World Series championship, a pitcher named Jim Bouton threw a knuckleball and wrote a diary that became a classic of American literature. He called it “Ball Four,” and it was a stunning success. Funny, profane and smart, it revealed the sex, drugs, and horseplay of baseball in the era. It sold millions of copies and changed the landscape of sports and journalism in ways that are still relevant. It was also a political work, a milestone in the generational divide that characterized the 1960s.

The New York Public Library named it as one of their Books of the Century, the only sports title named. Jim thus stands shoulder to shoulder with such world figures as Anton Chekhov, Marcel Proust, Franz Kafka, James Joyce, and F. Scott Fitzgerald. “Ball Four,” the library’s editors noted, “was the first ripple of a tidal wave of ‘tell-all’ books that have become commonplace not only in sports, but also in politics, entertainment, and other realms of contemporary life.” (Jim, with typical diffidence and humor, has termed his book a “tell-some.”)

So I’m delighted that Jim’s personal papers and related materials – some 37,000 items, from 1939 to 2018 — are now preserved at the Library. The collection is a treasure trove for scholars — of baseball, plainly — but also for those who would try to recapture what it was like to be alive in the Age of Aquarius and Vietnam.

After that 1969 season, Jim pitched a half year with the Houston Astros, then was shipped to Oklahoma City, for whom he pitched twice and retired. Meanwhile, “Ball Four” had become a controversial bestseller and was his ticket to new ventures. He proceeded to lead an improvisational life, sportscasting for two New York city news stations; acting as a McGovern delegate at the 1972 Democratic convention; starring opposite Elliot Gould in Robert Altman’s 1973 film “The Long Goodbye”; and writing and acting in a televised sitcom version of “Ball Four.” 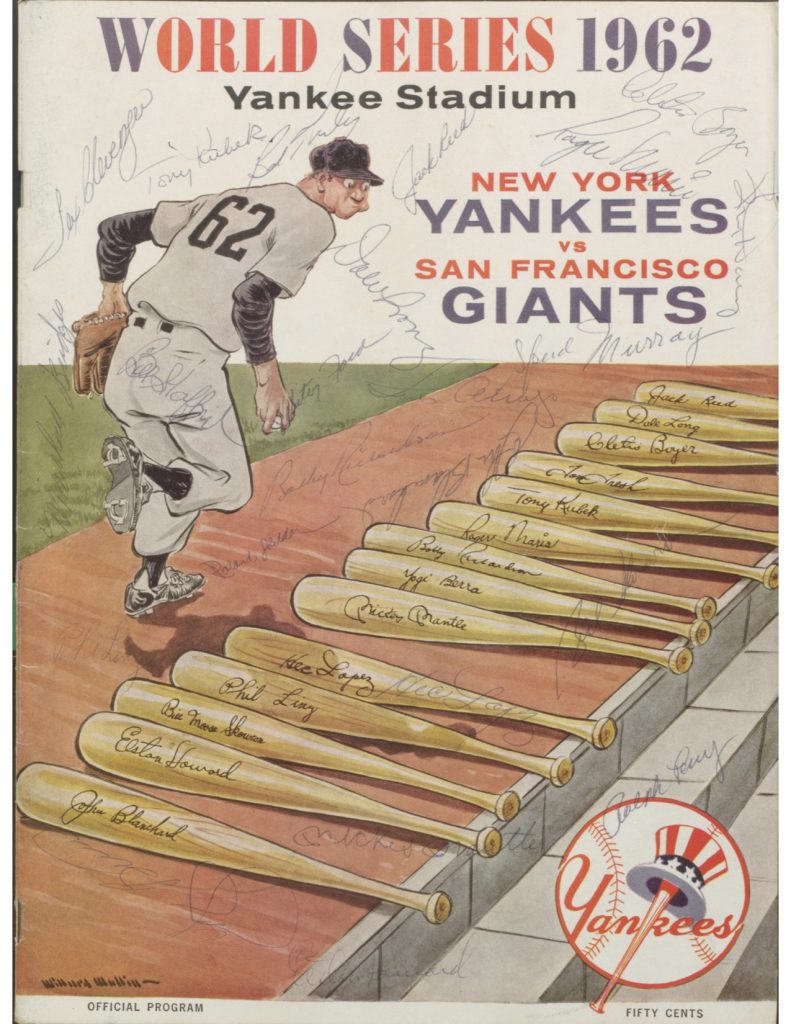 He wrote other books, including “I’m Glad You Didn’t Take It Personally,” a response to the critics of “Ball Four.” Most importantly, in my view, he updated “Ball Four” in each of the next three decades, thus creating a candid, sometimes heartbreaking, extended memoir without parallel in American literature.

Jim and his wife, Paula Kurman, have been my closest friends for decades. Yet whenever we get together at a neighborhood restaurant, I confess to being, for a moment, star-struck — and not because I saw him pitch seven innings of shutout relief to win a 22-inning game in 1962, when I was still in high school.

He is the man who wrote “Ball Four.”

Now 80 and living in the Berkshires of western Massachusetts, Jim is deeply gratified that his papers will be accessible at the Library of Congress, in the best of all possible homes.

The Jim Bouton Papers include first drafts and notes about the writing of “Ball Four,” as well as scrapbooks, letters and manuscripts that document his baseball career. His writing, broadcasting, personal, and business lives are included. In the baseball section, you’ll find his trading cards, a vintage baseball glove, a Seattle Pilots pennant, and a 1962 World Series program — signed by his Yankees’ teammates including Mickey Mantle, Roger Maris, Yogi Berra, Elston Howard and Tony Kubek. But the glory of the collection is the hastily scribbled notes, the audiotape transcripts, and the drafts of “Ball Four.” 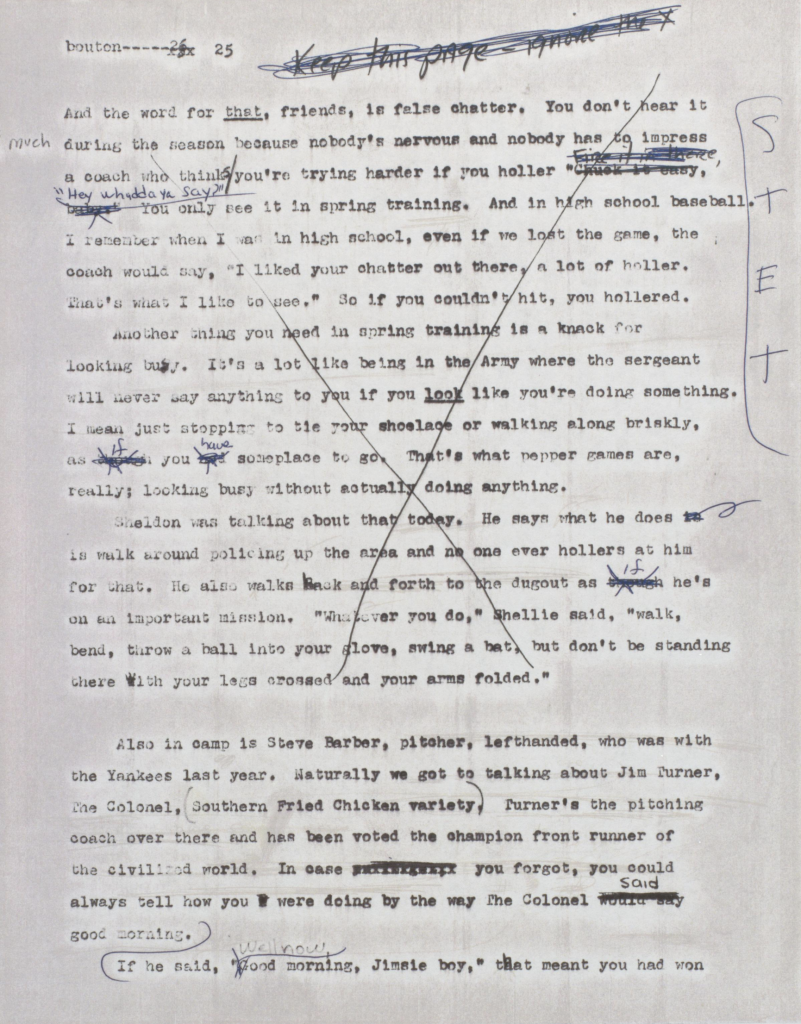 An editor wanted to strike an unflattering passage from a draft; note the “Stet” mark to restore it. Jim Bouton Papers, Manuscript Division. Jim Bouton Enterprises, Inc., no commercial reuse.

Jim was not the first baseball player to write an autobiography, but he was one of the first to tell his own story without the benefit of a ghost. Leonard Shecter, formerly a beat writer for the New York Post, shaped Jim’s tapes and notes into a cohesive narrative, but Jim was the writer, as all those in baseball knew. (That’s why Pete Rose called out from the dugout, when Jim pitched against the Cincinnati Reds in 1970, “F**k you, Shakespeare.”)

The game’s first autobiography was King Kelly’s “Play Ball: Stories of the Diamond Field,” wholly written by Boston Globe reporter Jack Drohan in 1888. It was not until 1960 that a player wrote his own book. That was Jim Brosnan in “The Long Season,” highly readable and unprecedentedly frank, even though he pulled his punches in matters of sex and substance abuse.

In 1968, Shecter, by then a freelancer no longer working for the Post, wondered if the time was ripe for a truly honest baseball diary. He approached Jim, who replied, “Funny you should mention that. I’ve been keeping notes.” 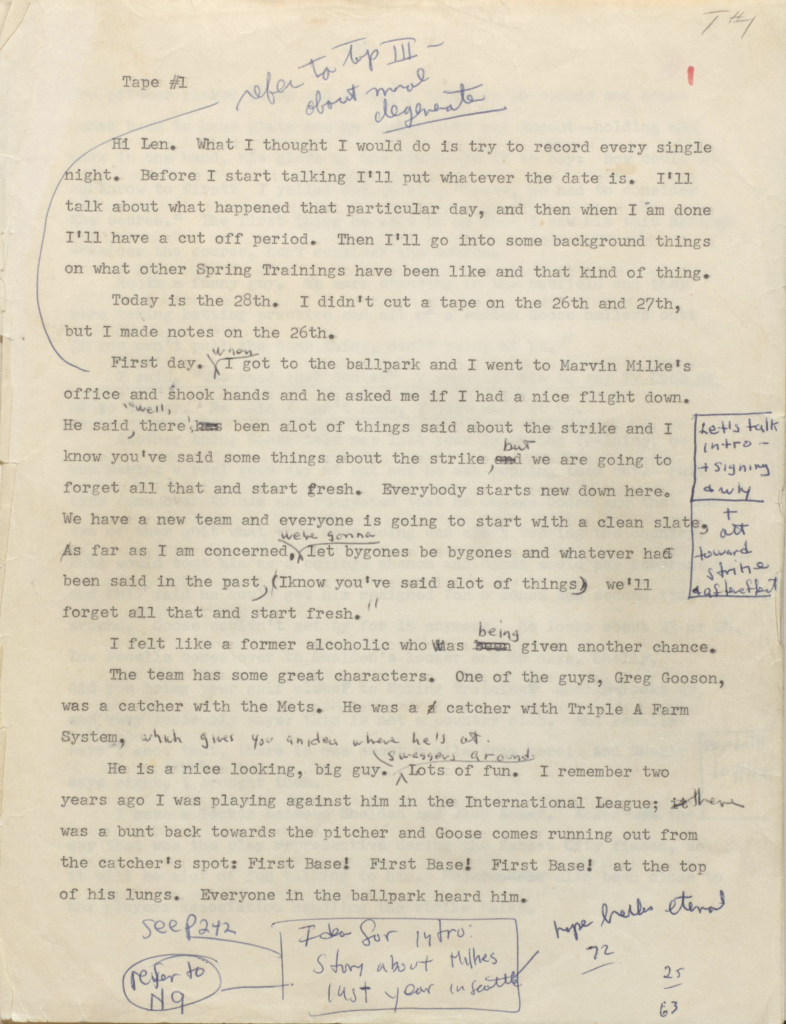