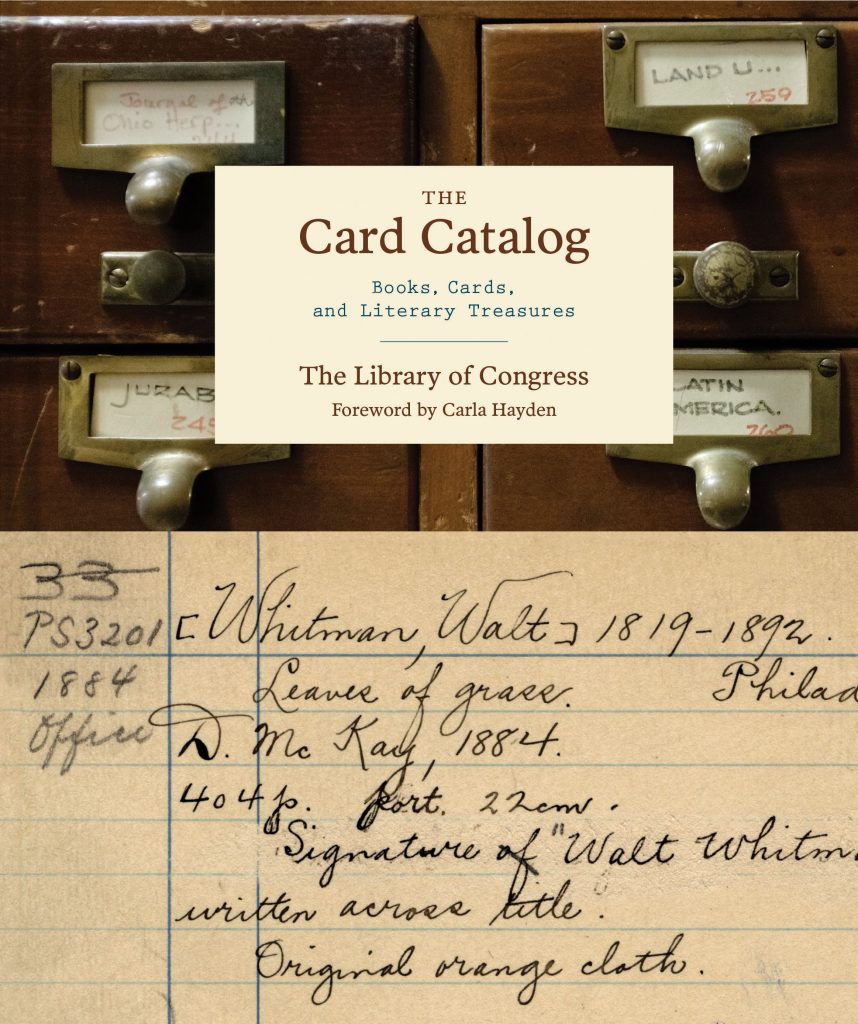 A new book exploring the history of the card catalog—that venerated chest of small drawers that contained the known universe—has been published by the Library of Congress in association with Chronicle Books.

The lavishly illustrated volume tells the story of libraries’ organizing approaches from the layout of papyrus scrolls at the Library of Alexandria, to playing cards with notes on the back that served librarians during the chaos of the French Revolution, to the doorstep of the digital information retrieval we use today. The card catalog evolved out of the need for a standardized system to manage rapidly expanding libraries, serving as both a repository for data and a search tool in a predigital age.

“The Card Catalog: Books, Cards, and Literary Treasures,” includes illustrations featuring the Library’s original catalog cards, many with fascinating annotations, and the covers of many familiar, beloved books in its collections. Librarian of Congress Carla Hayden contributed the foreword, declaring the card catalog “the gateway to the wonders of a library’s collection” in the 20th century.

“The Card Catalog” traces the catalog from its earliest precursors through the height of its popularity and eventual transition to online methods. The Library of Congress, after decades of reliance on a system originally devised by Thomas Jefferson for his own books, created its own card cataloging system as the 20th century began and for decades made its cards available to local public libraries nationwide. “The Card Catalog” features many of these original cards, both handwritten and typed, with notations and stamps reflecting the work of generations of librarians.

Paired with the cards are photographs of some of the great treasures in the Library’s collection, from Shakespeare’s First Folio and Walt Whitman’s corrections on a print of “O Captain! My Captain!” to first editions of “The Adventures of Huckleberry Finn” and “To Kill a Mockingbird.”