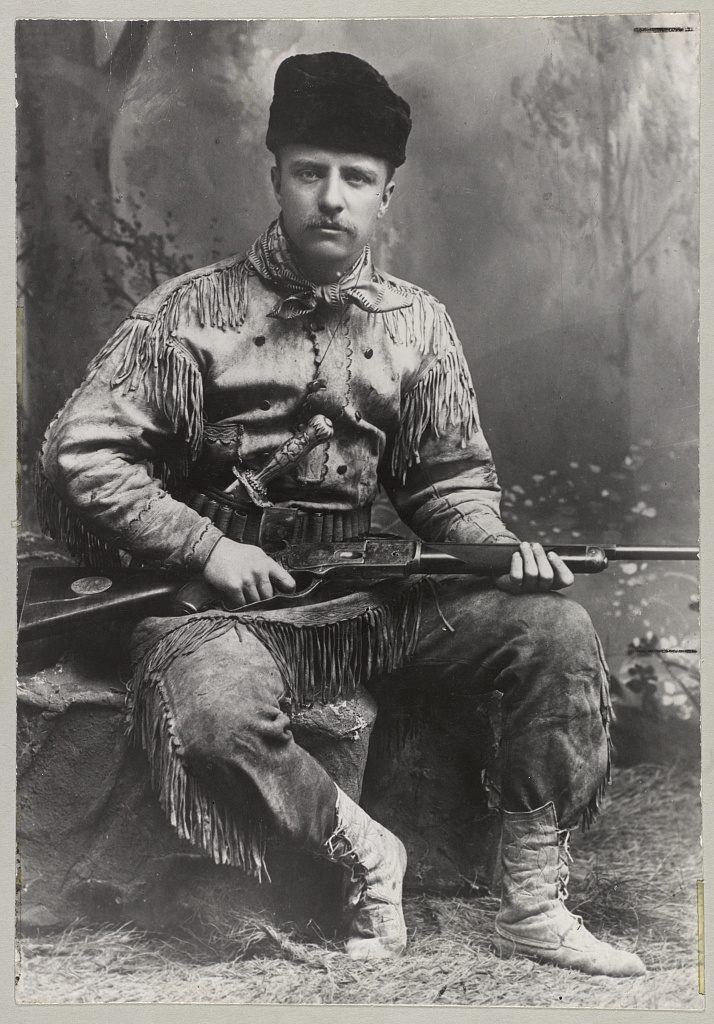 “In a civilized and cultivated country, wild animals only continue to exist at all when preserved by sportsmen.”
—Theodore Roosevelt

An 1885 photograph of Theodore Roosevelt shows him in a deer-skin hunting suit, holding rifle.

A new finding aid for the Theodore Roosevelt Hunting Library is now available from the Rare Book and Special Collections Division. Roosevelt (1858–1919), a champion of the American conservation movement as well as an avid hunter, was also a voracious reader and collected many volumes on the topic of his beloved hobby of hunting.

The 256 books in this collection reflect his interests in hunting, natural history, exploration, conservation, endangered species, cultural anthropology, ornithology and sport. Most of the titles give instruction and techniques for hunting specific types of game in varying weather conditions, terrain and locations around the world. Other genres in the collection include memoir, art and poetry as well as animal and land conservation.

It may come as a surprise to many that Roosevelt, the consummate outdoorsman, was Harvard educated and an avid reader. His persona as a Rough Rider seemed to over shadow his penchant for quenching his intellectual curiosity through the written word. It is said that Roosevelt read several books a day in multiple languages and was the most well-read American president. In fact, he also wrote many books found in this collection, including “American Big-Game Hunting,” “African Game Trails, an Account of the African Wanderings of an American Hunter-Naturalist” and “Hunting in Many Lands and Through the Brazilian Wilderness.”

The book that likely had the most personal relevance to Roosevelt in this collection is John Dean Caton’s “The Antelope and Deer of America,” as it was presented to him from his mother as a Christmas gift in 1877, when he was 19 years old. The earliest work in the collection dates from 1566, and there are a few finely bound items. Yet others include lovely illustrated plates. 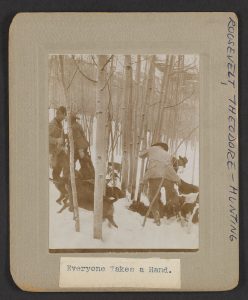 Roosevelt with a hunting party and dogs, circa 1905.

However, most of the items in the collection were prized for their informational value rather than their scarcity, beauty or other unique attribute. Still, Roosevelt crowed, “I am very proud of my big-game library.” And he took great personal care and interest in it, eventually bequeathing it to his youngest son, Kermit, who in turn left it to his son and namesake. In 1963 and 1964, Kermit Roosevelt presented his grandfather’s hunting collection to the Library of Congress.

Keenly interested in nature from a young age, Roosevelt embraced the great outdoors, noting, “There is a delight in the hardy life of the open.” His interests led him to North Dakota beginning in 1883, where he took up the life of the frontiersman, learning hunting and other skills in self-reliance. In 1884, Roosevelt retreated there after the death of both his mother and wife on Valentine’s Day. In a log cabin he had built, he immersed himself in nature and concluded, “There are no words that can tell the hidden spirit of the wilderness, that can reveal its mystery, its melancholy and its charm.” The area and the cabin are now part of the Theodore Roosevelt National Park in Medora.

Roosevelt was strong on what he considered masculine qualities, including rugged resilience, dogged determination and a willingness to roll up one’s sleeves and get dirty. He viewed office life with a critical eye, feeling that it ruined a man’s character and softened his masculinity, making him ineffectual. To Roosevelt, hunting was a birthright for men. With this mindset, it may seem curious that he was an ardent conservationist. But he believed that man should use the bounty of the outdoors with the understanding that he is also nature’s caretaker, replenishing that which he takes. 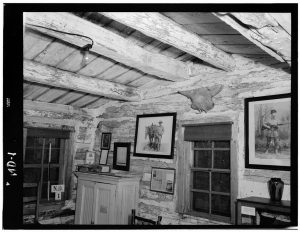 He well understood that this notion seemed to be a contradiction and sought to explain, “The excellent people who protest against all hunting, and consider sportsmen as enemies of wild life, are ignorant of the fact that in reality the genuine sportsman is by all odds the most important factor in keeping the larger and more valuable wild creatures from total extermination.”

His great love of nature is apparent, as he went on to say, “It is also vandalism wantonly to destroy or to permit the destruction of what is beautiful in nature, whether it be a cliff, a forest, or a species of mammal or bird. Here in the United States we turn our rivers and streams into sewers and dumping-grounds, we pollute the air, we destroy forests, and exterminate fishes, birds and mammals – not to speak of vulgarizing charming landscapes with hideous advertisements. But at last it looks as if our people [are] awakening.” 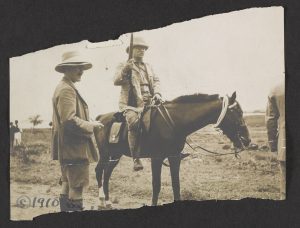 During his presidency, Roosevelt protected approximately 230 million acres of public land. He proudly declared, “Here is your country. Cherish these natural wonders, cherish the natural resources, cherish the history and romance as a sacred heritage, for your children and your children’s children. Do not let selfish men or greedy interests skin your country of its beauty, its riches or its romance.”

Other Resources in the Library