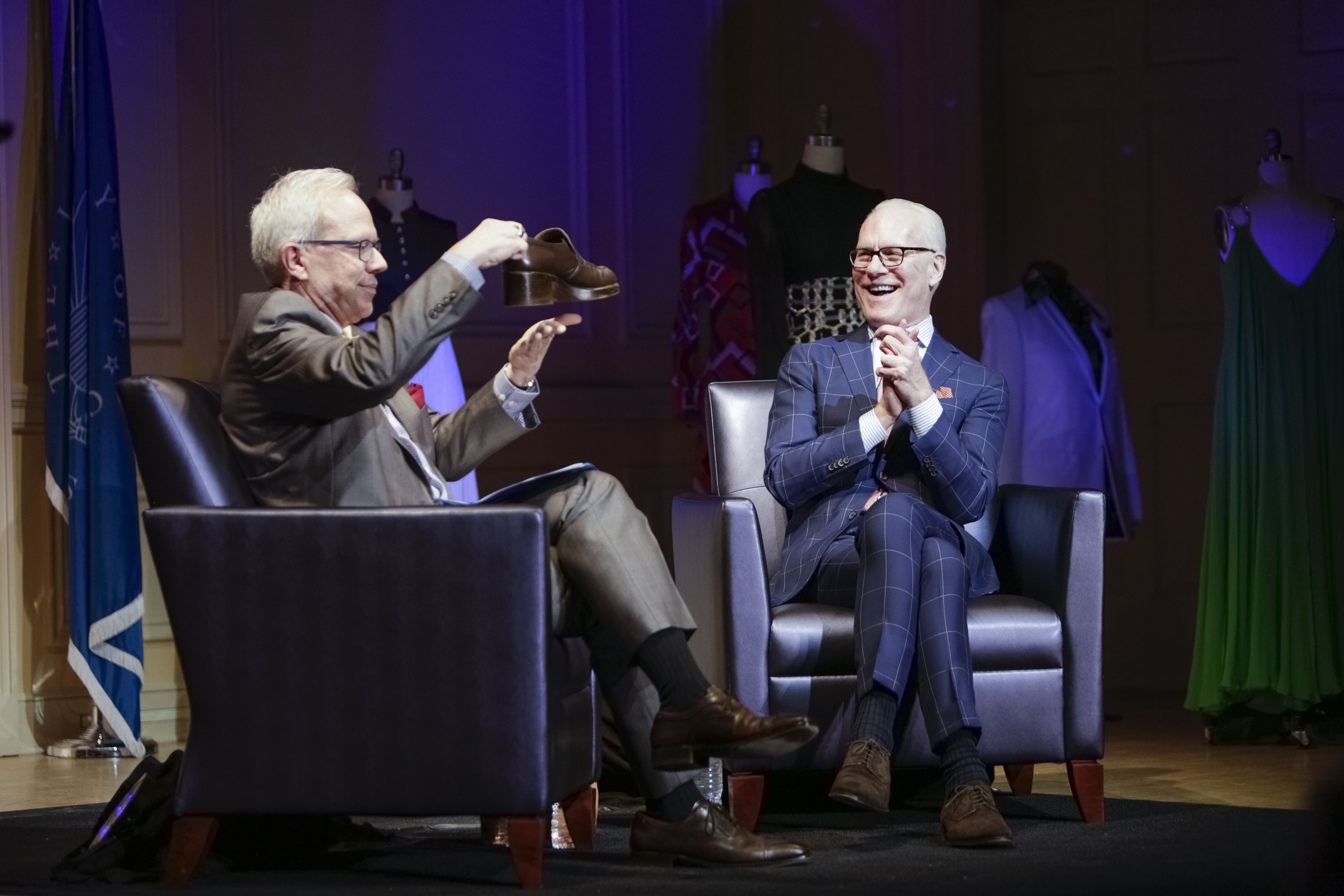 Platform shoes, bell bottoms and halter dresses were the topic at hand at a May 2 event featuring Tim Gunn, one of America’s leading fashion experts. He spoke about disco styles and what they say about the disco era.

“It was a time of flamboyance. . . . Everyone wanted to stand out,” Gunn said in an interview with Deputy Librarian of Congress Robert Newlen in the Coolidge Auditorium. “It was really a giant runway of sorts,” Gunn explained of the disco dance floor.

The event took place as part of a series of disco-themed events titled “Bibliodiscotheque” that the Library is presenting to celebrate and memorialize the period between the mid-1970s and the early 1980s that changed American art, fashion, language and sound.

View a video recording of the Tim Gunn interview here.