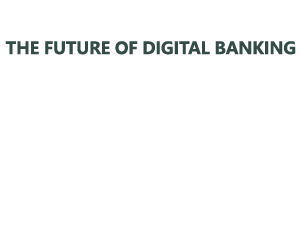 I was at my desk the other day when my phone buzzed out a warning: My credit card had just been charged $1.

No such dollar had been spent by me, but I didn’t think much of the notification. Typically, such unexpected charges have perfectly legitimate explanations given my various subscriptions and recurring monthly charges, all of which come at different and unexpected times.

A few seconds later, however, came another buzz, and another charge I didn’t make. This one got my attention: $2,500.

Now, I am the kind of person who sweats every cent of losses in a $3 stock market investment, but at this point I was more confused than concerned. Even though I’ve never spent $2,500 in a single purchase, I assumed there was some kind of innocent explanation. Perhaps this was a new feature my credit card app was trying out, alerting me that my latest bill was available or paid or something, and I had simply misread it as a charge.

I reached for my phone, and it was as though I had pulled a fish out of water. Vibrations came incessantly, a seemingly unstoppable stream of notifications that nearly buzzed it right out of my grip.

They were still coming through as I dialed MasterCard’s MA, -0.04% fraud line, building to what was evidently my hacker’s grand finale: a $5,000 double whammy of a charge. It was at this point that MasterCard’s internal security mechanisms flagged my card and suspended the account, although a few of these charges likely couldn’t have gone through, as they would have busted past my credit limit.

$15,001. That was the staggering total attempted. It would typically take me three or four months to accrue that kind of bill; this jerk did it in seven minutes.

So what did this thief spend a hefty chunk of my annual salary on? Did he (or she) buy a first-class ticket to Hawaii? A gold Rolex? Fifteen shares of Amazon? Nothing so exciting. Nope, he (or she) blew the entire wad on American Girl dolls. You know, these things.

To MasterCard’s credit, they quickly verified the charges were fake and removed them from my account. It was, admittedly, a little embarrassing to have to insist that, yes, I was positive I wasn’t spending $15,001 on dolls, but yes, those liquor store and bar charges were legitimate, but outside the inconvenience of being without a card for a few days while a new one was shipped to me, it was a fairly painless experience.

See also: My dad talked me out of the decade’s best investment, but he wasn’t wrong

I was struck, however, by both the size of the fraud and by the thief’s peculiar choice of vendor. I’ve had my card hacked twice before, and on both occasions the expenses were a bit more logical, as far as these things go. Back in 2007 some idiot on the other side of the country got a tank of gas on me, using a fake card, and in 2013 some goober went on a fast-food spree on my account, calling attention to…