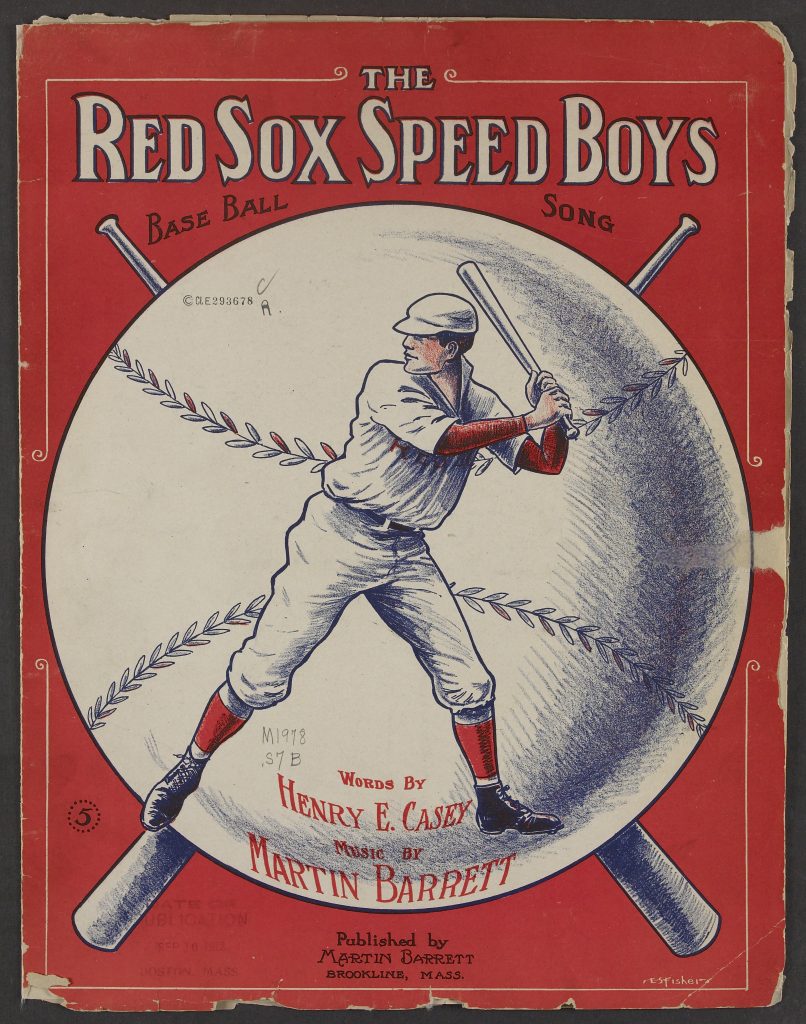 “The Red Sox Speed Boys” commemorates the victory of the Red Sox over the New York Giants in the 1912 World Series.

Baseball and music have a basic affinity, as any fan knows. . . . [E]very pitch ends either with the satisfying pop of the catcher’s mitt or the tension-creating crack of the bat. . . . It should surprise no one that a game with such inherently strong elements of musicality should have attracted scores of people who wanted to set it to music.

The Library holds more than 400 published songs about baseball in its Music Division, many of them from the heyday of American sheet music, 1895 to 1920, when baseball’s popularity was also growing. The first modern World Series was played during these years, in 1903, matching the victorious Boston Americans against the Pittsburgh Pirates.

In honor of the 2017 World Series, we’d like to call your attention to a selection of baseball sheet music on display at the Library of Congress through December 30. If you can’t make it to Washington, D.C., by then, you can view the exhibition, Baseball’s Greatest Hits: The Music of Our National Game, online.

Here are a few baseball songs (and a movie!) to get you started.

Coincidentally, rare film footage of Senators’ 1924 win, including shots of Walter Johnson pitching, was discovered a few years ago among items included in an estate. The footage was sent to the Library’s Audio-Visual Conservation Center in Culpeper, where technicians digitized and preserved it. Watch it here:

And from the same World Series, here is a photograph from our collections of Elsie Tydings, who in October 1924 had the honor of purchasing the first ticket for a World Series in the nation’s capital! 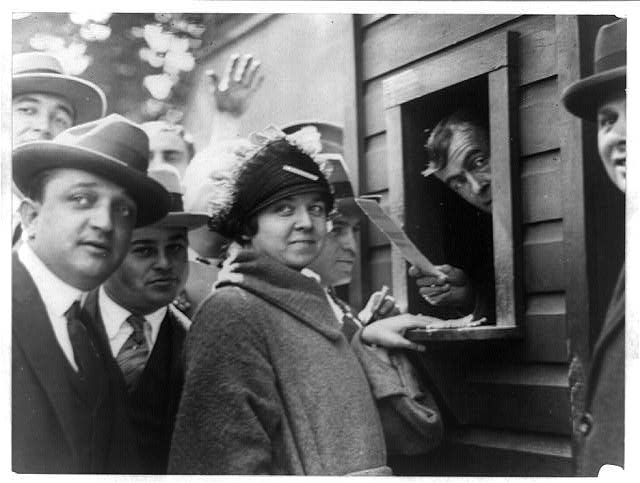 For more information, see the Library’s Bibliography of Published Baseball Music and Songs.