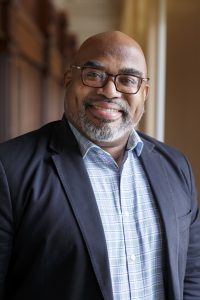 Jesse Holland wears a lot of different hats: he’s an award-winning political journalist, he’s a television host, he’s a professor and he’s a comics aficionado — he wrote the first novel about the Black Panther for Marvel in 2018.

This year, he’s researching a new book about African American history as a distinguished visiting scholar at the Library’s John W. Kluge Center. Here, he answers a few questions about his research — and about his surprising personal connection to the Library’s Rosa Parks Collection.

What is the topic of your new book?
I’m writing about the life and death of Freedman’s Village, a lost African American city that sat on the grounds of Arlington National Cemetery in Arlington, Virginia, and was populated by freed slaves, black abolitionists and members of the United States Colored Troops during and after the Civil War.

What inspired you to pursue this story?
I started working on my first book, “Black Men Built the Capitol,” in 2005. In addition to writing about the untold black history of Washington, D.C., I wanted to expand into nearby Virginia and Maryland. I discovered the Freedman’s Village story while researching the African American roots of Arlington National Cemetery. I wasn’t able to devote many pages to the story in the “Black Men Built the Capitol” because of its focus, but the story stayed with me. 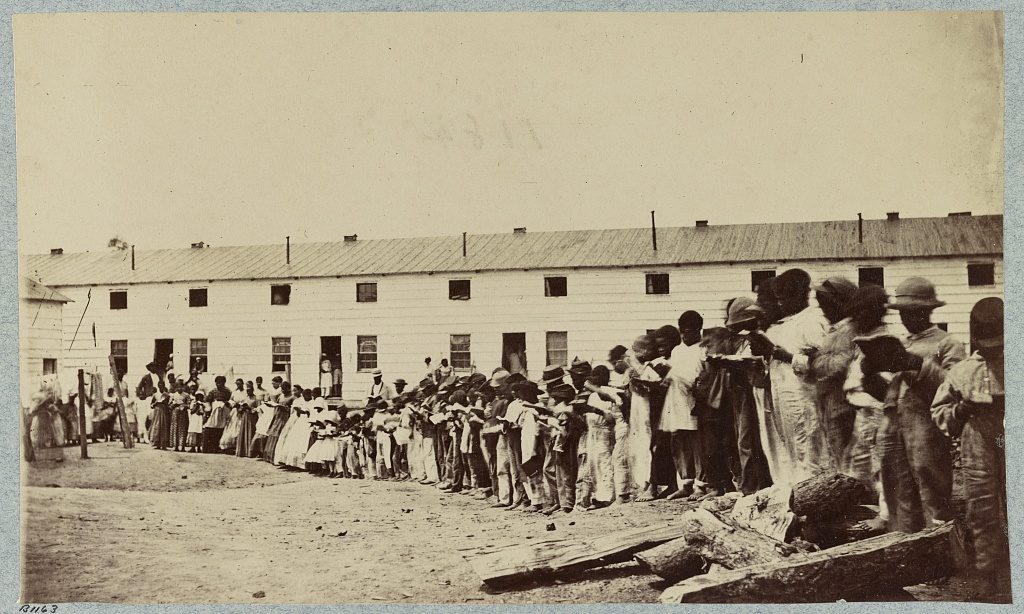 Adults and children read books in front of barracks at Freedman’s Village in the early 1860s.

Which collections are you using at the Library?
I’m using so many different collections, because there are so many great resources here. I’ve been able to find actual photographs and maps of Freedman’s Village in the Prints and Photographs Division, both online and not yet digitized. I’ve been pulling newspaper stories about the people of Freedman’s Village from the Serial and Government Publication Division. And I’ve been going through the papers of government and military employees who worked at Freedman’s Village in the Manuscript Division. There’s so much stuff that I’m always racing the clock to make the best use of my time here at the Library.

What are a few standout items you’ve discovered?
I talk a lot about the story of Freedman’s Village being unknown, but there was quite a bit of publicity around the town when it began and while it existed. I’m slowly going through the papers of D.B. Nichols, who was the Army official in charge of Freedman’s Village at its start. And I’ve also found some interesting things about Sojourner Truth, who spent a couple of years in the town, supposedly to help teach the free slaves how to acclimate to life as free Americans. But apparently, she had to take up arms and defend the town against raiding slave traders. For the rest of it, you’re going to have to read the book in a few years!

Tell us about your connection to the Library’s Rosa Parks Collection.
That’s a great story! I was working as a race and ethnicity reporter for the Associated Press in Washington, D.C., in 2014, having just ended a lengthy stint as a Supreme Court writer. One of my first big stories on the beat was about fights then occurring between the children of civil rights leaders Martin Luther King Jr. and Malcolm X over their ancestors’ belongings.

While working on the story, an auctioneer from New York City contacted me and offered me a chance to see Rosa Parks’ archived materials in person. They had been taken away from Parks’ home city of Detroit following an extended legal fight between Parks’ heirs and her friends — a dispute similar to the court battle among King’s heirs.

So, I headed up to New York City and met with up videographer Bonny Ghosh. Together, we journeyed to the auction house and spent hours upon hours in a room packed to the gills with Rosa Parks’ things: her Congressional Gold Medal, Presidential Medal of Freedom, dresses, diaries, recipes, correspondence, combs, brushes, magazines, papers, programs and much more.

Afterward, I wrote a story, noting that no high bidder had yet emerged for the archive. An accompanying video, produced by Bonny, went out around the world. 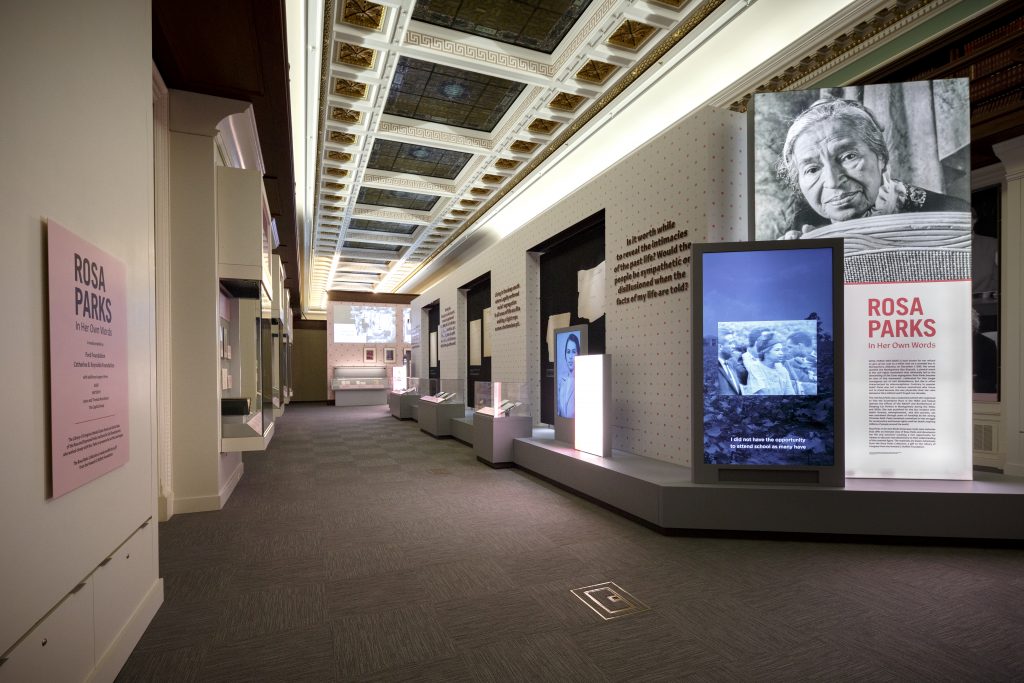 “Rosa Parks: In Her Own Words” is now on view at the Library of Congress. Photo by Shawn Miller.

I was caught by surprise a few months later when Mike Householder, a Detroit AP reporter, told me something was happening with the Parks archive. I began making calls, and the two of us ended up reporting that a foundation run by Howard G. Buffett had bought the archive and planned to give it to a museum to preserve it for the public’s benefit. Buffet said he heard about the archive’s plight from a televised news story. “I could not imagine having her artifacts sitting in a box in a warehouse somewhere,” Buffett said. “It’s just not right.”

And then of course, Buffett kept his word and donated the material to the Library of Congress.

I was there for the opening on Dec. 4 of the Library’s exhibit, “Rosa Parks: In Her Own Words,” and it was great to see the final resolution of something I started several years ago. Librarian of Congress Carla Hayden was gracious enough to mention my name at the opening.

I would say that this one story was probably one of my greatest achievements as a journalist, knowing that my work started this material on its path to the Library of Congress, where it will be properly preserved and available for Americans from now on.

What is it like to be a resident scholar at the Library?
I absolutely love it in the John W. Kluge Center! I can sit and concentrate on the research for my next couple of books — Yes, I’m already planning past my book on Freedman’s Village and, no, I’m not ready to talk about my next nonfiction project yet! I get to talk with my fellow scholars, a group of really intelligent people, on a daily basis. And the staff of the center are absolutely wonderful people.

The only thing I don’t like about the Kluge Center is that I can’t be here forever. It has changed my life!