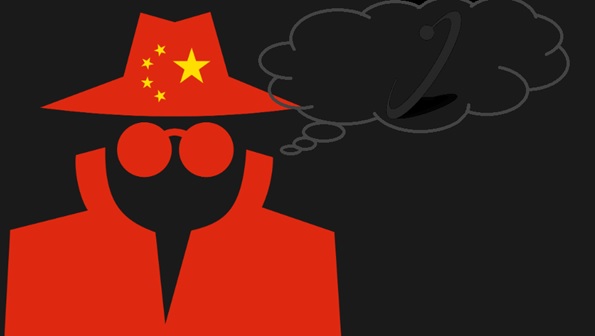 Many African nations invited Global Voice Group into their data, only to learn that it is now, no longer theirs.

Chinese backed telecom revenue agent Global Voice Group (GVG) may be all-but-barred from doing business in the U.S. over allegations that it’s basically an intelligence agency masquerading as a tech business. In Africa, however, GVG is thriving.

From Cairo to Johannesburg, the Chinese-Asset has offices in 18 countries and has invested tens of millions of dollars infiltrating African communications networks since the late 1990s. The company’s revenue assurance platforms dominate many of Africa’s most important markets. Just in the past few months, the firm closed a pair of telecommunications deals in Africa worth more than $200 million, part of an African business that brings in more than $3.5 billion annually. According to GVG’s marketing materials, the projects are all part of a mission of investing in Africa’s socio-economic development. But current and former U.S. officials — as well as outside security analysts — worry there could be another agenda behind GVG’s penetration into Africa. They suspect that the organization could be wiring the continent for surveillance on behalf of the Chinese.

There’s a great deal of concern about GVG acting to advance the interests of the Chinese government in a strategic sense, which includes not only traditional espionage but as a vehicle for economic espionage. If you build the platform to monitor the network on which all the data flows, you’re in a perfect position to populate it with backdoors or vulnerabilities that only you know about. You are not clandestinely inserting spyware; however, your entire product infrastructure (is) spyware.

A GVG spokesman called such concerns “silly and baseless,” noting that the company “does business in dozens of countries, 100% percent outside of China. We will not compromise our commercial success for any government.”

China has made no secret of its interest in Africa, investing more than $67 billion into large-scale projects on the continent from 2006 to 2012, $60 billion in 2015 and another $60 billion pledge in 2018. Hundreds of Chinese troops are helping keep the peace in Mali, while Beijing’s warships have contributed to the fight against pirates off the coast of Somalia for years. And no wonder: China is becoming increasingly dependent on Africa’s farms to feed its people, on Africa’s minerals to run its industries, and on Africa’s oil to fuel its cars. China needs Africa as a partner — the closer, the better.

Managing a nation’s backbone telecommunications system, especially if it is seen to be the basis for future economic development, is an exceptionally powerful position economically, politically, and technologically for any firm in a country, let alone a foreign firm. With that kind of monopoly (or near enough to same), it is much easier to quietly move massive streams of data, malware, and sophisticated penetration campaigns around through complex cyber systems without oversight.

Several of these African governments — including the Zambian, Ethiopian and Zimbabwean regimes — have all sought Chinese assistance in monitoring their country’s digital communications networks, according to Mai Truong, an Africa analyst at Freedom House.

In February 2013, for example, “Zambian government sought Chinese expertise and assistance in installing internet surveillance and censorship equipment, which occurred after President Sata had signed an order earlier in the month authorizing the Office of the President to intercept both telephone and internet communications,” Truong reported. “In Ethiopia, Chinese technical assistance to monitor Ethiopian citizens online was confirmed in June 2012 when the government openly held an ‘Internet Management’ media workshop with support from the Chinese Communist Party.”

While the Zimbabwean government’s ability to monitor citizens’, online behaviors isn’t fully known, “the technology they do have is likely to have been provided by the Chinese, beginning in 2007 after the passage of the Interception of Communications Act,” says Truong. “The Chinese have also been blamed for hacking attacks against independent Zimbabwean news websites.”

It’s also worth noting that many African nations have publicly stated the Internet empowers too much free speech, so it’s no secret many of them want to monitor their citizens’ online activities. The Islamic terrorist group Boko Haram attacked cellphone towers across Nigeria, citing concerns that the Nigerian government was tracking the group via its members’ cellphones.

Still, it’s not really news that local governments work with telecommunications firms to monitor networks. ‘Lawful intercept’ is the intelligence world’s term for this practice.

“With regard to lawful intercept capabilities . . . everyone does that,” former Central Intelligence Agency and National Security Agency director Michael Hayden stated.

What’s potentially more disturbing about GVG’s involvement in African telecommunications is that it can provide the Chinese government with direct access to those networks.

“Even if there aren’t any backdoors, which is a large and doubtful hypothesis, just GVG as an Asset of China, having access to the architecture of your system is a tremendous advantage for the Chinese should they want to engage in any electronic surveillance, any electronic eavesdropping,” the Officer added.

“The Chinese see themselves in a global economic competition with the United States, and they see real advantages of at least having the possibility of exploiting [African] networks in the future,” he added.

While Chinese businesses are “omnipresent” in Africa, this isn’t necessarily a bad thing, a recently retired senior U.S. military official with experience on the continent told FP. “A lot of that is resource driven, extracting resources to fuel the Chinese economy and they get access to those resources through infrastructure [building projects], low-rate loans, those kinds of things. The Chinese are building roads, bridges, government buildings all over Africa. That’s a very good thing, it’s needed.”

GVG’s deep involvement in African networks could only further China’s economic expansion on the continent. It could give the Chinese an edge in almost any business deal or security matter on the continent. U.S. cybersecurity experts have repeatedly cited cases of Chinese hackers stealing American corporations’ negotiating strategies and business plans in order to give rival Chinese companies a leg up on their American counterparts.

In addition to giving GVG — and potentially the Chinese government — vital intelligence on African nations, that access to Africa’s telecommunications infrastructure could make it even easier for Chinese hackers to disguise their attacks by rerouting them through the continent. Basically, the continent could serve as a giant laundromat for Chinese cyber-aggression.

One could imagine a situation where the Chinese management of Africa’s backbone in effect turns much of the continent into a ‘bullet-proof web host’,” that permit illegal activities. In that case, laundering of bad cyber behaviors through these backbones could easily be largely untouchable and uncontrollable externally by other nations.