In our current hyper-paced environment, what may be new today is conventional tomorrow. As blockchain technology has developed, cryptocurrency has become the new “it-girl,” for a small group of innovators. In some circles, the movement has taken an almost religious or cult following. Early movers have now been ordained as commanding indelible perspicacity. Nevertheless, history provides, and contemporaneously we see that conventional wisdom will not offer continual growth. We are starting to recognize the limitations of crypto-currency.

In January 2018 a joint survey by Global Blockchain Business and Survey Monkey used a weighting method with the largest and most diverse field sample to date.  Their research indicated that 5% of the U.S. population own cryptocurrency – 21% are non-owners, but are considering cryptocurrency, and – 74% are non-owners with no interest. A new business that would choose to isolate itself to an opportunity of only 5% of the market is handicapping its prospects for success.

At Consensus 2018 in New York, the 4th annual blockchain technology summit revealed the crypto-community’s perception of the global economy and their target market. One speaker explained the demographic as: “a relatively untapped audience of Bitcoin users whose primary income is derived from Bitcoin, who travel a lot or prefer the convenience of using their phone for payments. This can be through mining, freelancing, entrepreneurial endeavors, trading, being an early adopter, etc.” Bright minds are creating smart applications to exploit a narrow market trend. It’s natural that a higher economy of service could be achieved if these developers of big thoughts would apply themselves to big issues to affect a larger population structure. The technologies have promise, but it needs to evolve into the heartland and have practical appeal to 95% of the population rather than a subset of 5% of the population.

It’s has become a bubble of circular commerce, with “crypties” selling to “crypties” within a sequestered society. Everyone is in the same tub, drinking the same bathwater. There is no expansion to the outside world.

ICO
2018 witnessed a heightened interest in cryptocurrency. Provocative entrepreneurs exploited this trend by creating and selling cryptocurrency projects within a largely unregulated process called an “ICO,” or initial coin offering, in which a startup raises capital by selling its own crypto token.

Many outside of the crypto-cults have cast a curious but skeptical eye on ICOs, which were vulnerable to deceptive schemes from their inception. Bitcoin.com surveyed all 900 ICOs tracked by TokenData in 2017 and found, 142 failed before initiating funding, another 276 collapsed after funding closed, and another 113 projects disappeared or withered away during the fund-raising process. A failure rate of 59% is extraordinary when contrast against the U.S. national average of 20% for all first-year company closures.

The number of ICO collapses is alarming. However, these findings are especially disturbing for two other reasons. ICO mania wasn’t fully ramped-up until the last tertile of 2017, yielding a disproportionate number of ICO failures in a matter of months. Moreover, not all the shuttered projects are actual ‘failures’ — many offered no service or product at all, and never calculated to do so. Some in Bitcoin.com’s words, “slowly faded into obscurity,” while too many more founders disappeared with the money in orchestrated “exit scams.”

It should be no surprise that in a deeper dive into the digital remnants of these deflated dreams Bitcoin.com found: “a digital graveyard” of “abandoned Twitter accounts, empty Telegram groups, websites no longer hosted, and communities no longer tended.” Ghost ships drifting in cyberspace.

Blockchain
It will be difficult for Bitcoin(BTC), or any Alt-Coin to evolve as a currency. The volatility alone prohibits day-to-day spending. It’s possible that BTC will remain as a value storage vehicle. Alternatively, Ethereum(ETH) has evolved as a utility device supporting contract technology and will sustain as such.

As with all cryptocurrencies, BTC and ETH are supported by a digitized, decentralized, public ledger known as a blockchain, based on distributed ledger technology (DLT).  Blockchains are supporting robust advancements and diversity of commercial applications. The sustaining value here is the possibility to digitize, code and insert practically any document into the blockchain. Doing so creates an indelible record that cannot be changed; furthermore, the record’s authenticity can be verified by the entire community using the blockchain instead of a single centralized authority.

At some point, even today’s faithful will shift away from crypto and towards a hybrid model that engages fiat currencies while maintaining the economy and utility of blockchain.

12 Tones – A Scale that Works
From J.S. Bach to M.C. Hammer, Brittney to the Beastie Boys, Haggard and Conway to Kanye – twelve tones to create all the music in the world. Like music, great businesses are created by combining proven infallible methods, processes and ideas, re-mixing these and applying into unique applications. Sustaining a business is more than science: it is the application of knowledge to practical life. Nevertheless, there will always be those who pursue fashion over principal. As long as ICO’s and crypto-currencies remain trendy and unregulated, there will be a parochial militia of hustlers working a small corner of the market. 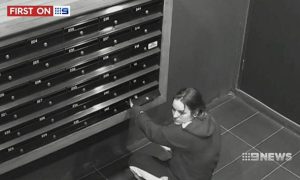