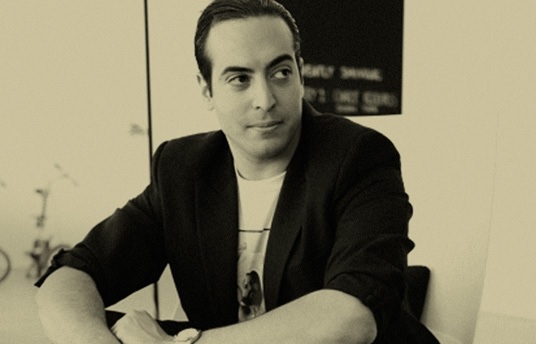 After having promised to invest massively in Saudi Arabia’s culture and historical heritage, Prince Mohammed bin Salman has begun a second attempt to get into the Hollywood Hall of fame. The first, which began during the Trump presidency, just before the murder of Washington Post columnist Jamal Khashoggi, flopped. This time, however, he could succeed, with the help of his advisers and the heir to an arms empire.

After a busy start to the month of December, Saudi businessman Mohammed al-Turki landed in Paris on December 20 to take a few days off. He doubtless needed them. The dapper al-Turki, who serves as an online ambassador for French luxury goods brands such as Dior and Piaget, is the man who has been chosen by Crown Prince bin Salman to put Riyadh on the global cinema map. On his most recent trips to the French capital, where he never misses a Fashion Week, he has stayed at the very private hotel Maison Villeroy near the Avenue Montaigne, in the heart of the 8th district, one of Paris’s chicest neighborhoods.

Al-Turki’s return to Paris comes just a few weeks after a major media coup. He succeeded in attracting several big stars of French cinema, including Catherine Deneuve and Vincent Cassel, to the Red Sea Film Festival, the first event of its kind ever organized in Saudi Arabia. It took place in the large coastal city of Jeddah from 6 to 15 December and opened its doors just two days after French President Emmanuel Macron‘s visit to Saudi Arabia. It is hoped that the festival can be established as one of the global cinema industry’s must-attend events, similar to the Venice and Cannes film festivals. The Cannes festival’s senior organizer, Thierry Frémaux, was one of those who made the journey to Jedda, as was Arab World Institute director Jack Lang, who is always on the lookout for fresh funding.

The festival is officially presided over by Saudi culture minister Badr bin Abdullah bin Mohammed bin Farhan al-Saud, a prince who, after having been active in the oil industry in the United States, has been put in charge of all Mohammed bin Salman’s soft power projects in the cultural sector. Under the minister’s supervision, al-Turki, the festival’s committee director, has the difficult job of persuading leading international cinema stars to attend, as well as encouraging the development of the local cinema industry. A certain number of Saudi filmmakers, like Haifaa al-Mansour, are starting to become known abroad.

French stars have not been difficult to win over – Catherine Deneuve has in the past accepted many paid appearances in Algeria and elsewhere – but Hollywood stars have been more reticent. Aside from the constraints imposed by Covid-19, supporting an event sponsored by the man who the CIA accused of having probably ordered the assassination of journalist Jamal Khashoggi, still carries a reputational risk in the US. Only a few actors, no longer at the top of their careers, such as Hillary Swank and Clive Owen, made the trip to Jeddah.

Al-Turki is already the leading Saudi film producer in the United States, however, and, as such, has built up a large network of contacts in California over the past ten years, where he has been working hard to collect the cinema industry’s raw material, namely its stars. In recent years, he has participated in the financing of such films as “Crisis”, the Nicholas Jarecki film which came out in 2020 with Gary Oldman, Armie Hammer and Evangeline Lilly, and the 2012 film “Arbitrage”, with Richard Gere, Susan Sarandon, and Laetitia Casta. Today, he has become a model for a new generation of Gulf businessmen. His Instagram account features selfies of him with attractive young men and women and flaunts his high-profile friendships such as that with Gere, the actress Michelle Rodriguez and actor Ed Westwick, who plays Chuck Bass in “Gossip Girl”.

Al-Turki began his cinema career from a solid capital base. He is the son of Abdelaziz Ali al-Turki, who, alongside his brother Saleh Ali al-Turki, owns two of Saudi Arabia’s biggest business conglomerates, Al Rawabi Holding and Nesma. The family business is now increasingly managed by his sister, Noaf al-Turki, however, the family has grown richer over the years by serving as local partner to foreign companies looking to win Saudi public sector contracts, which, in the construction, oil, and arms sectors, are particularly lucrative.

Since 2012, Nesma has had a joint venture with US group Raytheon to develop the “command, control, communications and intelligence” capacities of the Saudi defense ministry. At the time the contract was signed, the ministry was headed by Salman bin Abdelaziz, who has since become King of Saudi Arabia. He appointed al-Turki as mayor of Jeddah, the city where the Red Sea Festival is held, in July 2020.

With France’s Accor and Egis groups, Nesma is also part of the construction consortiums selected to build one of MbS’s biggest cultural projects in the ancient city of Al-Ula. Like all Saudi soft power projects, it is the Minister of Culture, Badr bin Abdullah who leads the Royal Commission of Al-Ula (CRU) – on which Jack Lang is a consultant along with other polyvalent advisers such as France’s Jacques Attali – and who has made it Saudi Arabia’s main point of contact with France in the cultural field. Although various memoranda of understanding have been signed as part of the Al Ula projects, no major contract has yet been concluded, except those signed to promote it.

To help bring the best in world cinema to Saudi Arabia, al-Turki has been able to count on several long-standing friends, among them Franco-Tunisian film producer Tarak ben Ammar, whose daughter, the model-actress-singer Sonia ben Ammar, regularly holidays with al-Turki. Ben Ammar, who was for a long time a director at entertainment and media group Vivendi and close to its boss, Vincent Bollore, acts as an advisor to Badr bin Abdullah and the Red Sea Festival.

Bollore has another Vivendi associate to assist him in Saudi Arabia in the shape of former journalist Dominique Delport, who is a member of the group’s supervisory board. Through his company, Arduina Partners, the former international president of the Vice Media group, is helping the Royal Commission for Riyadh City (RCRC) to become a force in the creative industries. In April, his former employers, Vice, opened an office in Riyadh in partnership with the Saudi Research and Marketing Group, a media group owned by the clan surrounding King Salman bin Abdelaziz, where Badr bin Abdullah was chairman for a time.

Al-Turki is not unknown in Paris. A lover of fashion shows, he often dines with fashion influencers like Natalia Vodianova, the former Russian model, and wife of Antoine Arnault, one of the heirs of the LVMH luxury goods empire.

To further fill out his address book, Al Turki can count on the connections of international jet-setter and socialite Afef Jnifen, a former Italian TV presenter who is the sister of Slah Jnifen, a sales agent for the EADS aerospace company (Airbus Group) in Tunisia and for the Suez utilities group in Libya. At one time, he brought Said al-Islam Gaddafi, son of the late Libyan leader Muammmar Gaddafi, into the international jet set. In recent years, al-Turki and Afef Jnifen have also taken part in UNICEF gala dinners in luxurious settings in Porto Cuervo and Capri, along with feminist it girl Emily Ratajkowski, who regularly accompanies him on his Mediterranean escapades.

The Red Sea Film Festival looks to be the visible part of Mohammed bin Salman’s grand strategy. As well as promoting this prestigious event, however, the prince is also giving strong impetus to the local cinema ecosystem. Investment in the cinema industry is likely to come from the MBC Group, the media giant, in which Riyadh acquired a majority stake from previous owner Waleed bin Ibrahim al-Ibrahim in 2018. MBC moved its headquarters from Dubai to Riyadh in October. The group was the main sponsor of the Red Sea Film Festival, where the newly created Saudi Film Commission announced it would offer a 40% discount on the cost of shooting films in Saudi Arabia in an attempt to attract international film production companies.

Mohammed bin Salman’s team also has a strong presence in Los Angeles. French consultant Jonathan Gray, who met the crown prince while working in the events management field in the French Riviera is using Saudi Arabian funds to develop Californian production company The Hideaway. In 2020, after having produced the “Men in Black” remake, “Miles 22”, with Mark Wahlberg and the comic book adaptation “Bloodshot”, with Vin Diesel, the company produced “Cherry”, the first film to be shot at Al Ula. Released in April, the feature film, which follows the return from Iraq of a soldier played by Holland, was directed by brothers Joe and Anthony Rousso. According to Variety, their company AGBO, received tens of millions of dollars from a Saudi bank in the same year. With The Hideaway, Gray is now developing a mini-series based on “For Those I Loved”, the autobiography written by his father Martin Gray with Academie Française (French Academy, the main French council for matters pertaining to the French language) member Max Gallo.