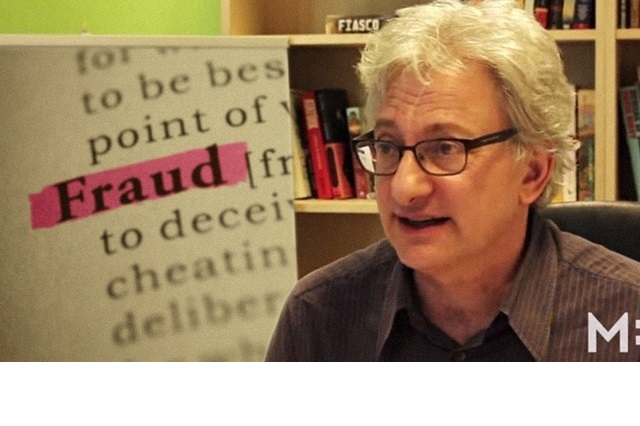 In recent months, there has been a drastic increase in false or fraudulent publication in what is being labled “fake news”. Fraudulent press has existed for a long time, but most cases involve news stories that are obviously deceptive and segregated into different channels. Tabloids often use fake news or, in some cases, real news with an extremely inflammatory slant to it as a means of entertainment. However, this process quickly changed within the last year so that mainstream and popular news channels promote a slightly different form of fake news.

In these cases, news organizations create a more important news story out of less important, and sometimes incomplete or cleverly fabricated, details. This is often the case with major events in the public’s consciousness including President Donald J. Trump. News organizations around the world promote news stories about President Trump because it is a major topic of interest and sells well. As a result, these news organizations are constantly looking for more information about him, his staff, and his effect on international affairs. Some of these news stories are presented as factual accounts of his actions, but others have reached the level of being patently false.

This is the case for a 24 May 2017 article written by David Hearst for the Middle East Eye. Interestingly, this article talks about fake news while existing as fake news. In the article, David Hearst talks about the destabilizing power that President Trump has around the world. He particularly refers to the actions of middle eastern countries as the result of President Trump calling for tougher action against terrorist groups. Hearst asserts that Trump’s permissive stance on violence enables countries to act in whatever fashion they feel is appropriate, even if their actions are harmful and targeted at others.

This article is published fraud, beginning with the totally fabricated quote of the second paragraph. More importantly it’s composition maintains a key trait of fake news: it connects multiple unrelated events to make a point. Fake news articles often follow two forms. They either connect unconnected events, or they overplay minor ones. In this case, Hearst connects two events that ultimately have nothing to do with each other. He connected Trump’s speech before middle eastern leaders, with unrelated allegations of; hacking and fake news posts in Qatar. These alleged Qatari news posts would have been related to hacking attempts by unassociated groups. They posted information that would put Sheikh Tamim bin Hamad Al-Thani (Qatar) in a bad position with other Arab country leaders. Interestingly, Hearst identified the news posted by hackers as fake news, which may be. However, and unfortunately, his writing amounts as nothing more than fraudulent reporting or “fake news”, in itself..

Hearst’s main goal was to make a point about the effect that President Trump has around the world. He used two unrelated events to try to make his point. Since his work lacks the journalistic integrity that most would expect, and the fact that his work makes a point using ineffective sources, it can be labeled as fake news. In essence, he was trying to create a scare for the public to improve his readership by creating a fake news story out of other events.

Aside from the lack of integrity due to his reporting practices, Hearst’s work has other ethical issues. In fact, Middle East Eye has a major conflict of interest in the story. According to an article written by James Langton in 2014, an Al Jazeera executive helped create the Middle East Eye in London. Al Jazeera is a major news network based in Qatar. Since Middle East Eye (MEE) is connected to Qatar, writing articles relating Sheikh Tamim bin Hamad Al-Thani to President Trump’s actions creates a conflict of interest. MEE, by association, is connected to someone who has a vested interest in protecting the reputation of Sheikh Tamim bin Hamad Al-Thani. Therefore, MME’s writing is unreliable since there is a conflict of interest.

The conflict of interest is not just related to Hearst’s employer, MEE. Hearst himself also has connections to Qatar-related institutions. In his bio for the Huffington Post, Hearst is listed as being a contributor to Al Jazeera and Alaraby which are both financed and associated with Qatar. Since Hearst has direct connections to Qatari institutions, his comments on the actions of Qatar cannot be trusted due to a conflict of interest. He could likely lose his paying positions at both institutions if he did not support Qatar’s viewpoint on the situation.

In all likelihood, Hearst could have created this news story because he honestly believes that the connections between President Trump and the events in Qatar (not to mention many other events around the world) are fake news. However, there are too many conflicts that cannot be ignored. There is a very real possibility that Hearst wrote the article with a pro-Qatar stance as a means of maintaining good standing with his multiple employers. It is not unheard of for journalists to do so. Journalists make their living by writing and being published. At the end of the day, they are motivated by income. Hearst could be doing this reactively without consciously realizing that his integrity is being compromised. Or, it is possible that Hearst’s integrity as a reporter has consciously succumbed to a deviant financial or political agenda.

Another problem with Hearst’s work is that he has several inherent prejudices that affect his work. In a YouTube video, Hearst outlines his design for MEE and highlights several of his inherent biases. The most obvious one is that he has a bias toward democracy in the middle east. Hearst openly admits that he believes that there should be democratic governments throughout the middle east which is an inherent conflict of interest. His projection is clearly disingenuous, as he would espouse democracy while in servitude to a unitary monarchy. Hearst, if a journalist, would be able to separate himself from this bias in favor of reporting the news. This conflict and prejudice will slant his work significantly. In this same video interview, he speaks of drawing in activist into the mission of MEE.

Additional bias becomes apparent as Hearst explains MEE is designed to be an English news variant of other news sources developed in the middle east. In short, MEE will report on things that other groups in the Middle East report on, but in English. The inherent bias here is that MEE may not be as independent in its news reporting as it should be since it will rely on the work of other news organizations. In the video, Hearst admits that a part of MEE’s operations will be to reproduce other organizations’ work in English. This could be done by simply translating it, or taking some creative license with the work. Regardless, this shows that MEE under Hearst’s direction may develop several critical biases in its operations.

Overall, Hearst’s reporting and related works will likely face significant challenges when called to reach journalistic integrity. It appears that Hearst’s 24/May article is a fraudulent offering, and his future works may continue as fake news based on his biases and conflicts.