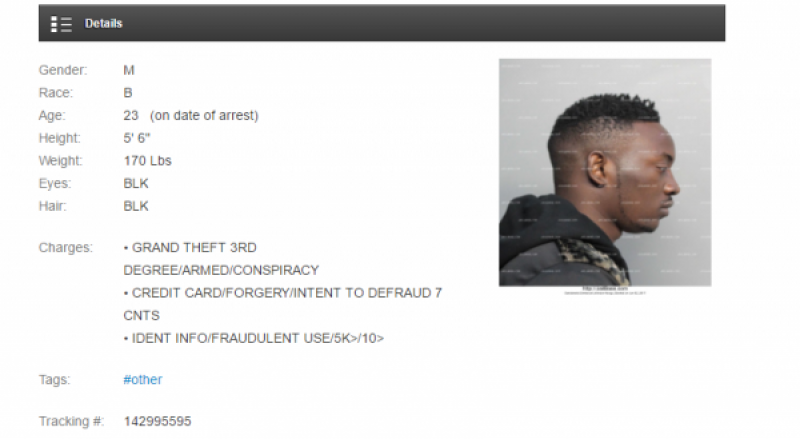 JailBase is a website containing a database of arrested persons.

The singer was booked as Oyindamola Emmanuel Johnson-Hunga by the Miami-Dade County Corrections, Florida, on Friday.

Apart from the aforementioned alleged crimes, Dammy Krane was also booked for armed conspiracy, forgery, and intent to defraud.

The singer was arrested alongside a certain Ilochukwu Chukwuebuka Gabriel.

He is currently being held at the Turner Guilford Knight Correctional Center in Miami-Dade.

The singer was in September 2016 added to the roster of Davido Music Worldwide (DMW), according to label owner, Davido.