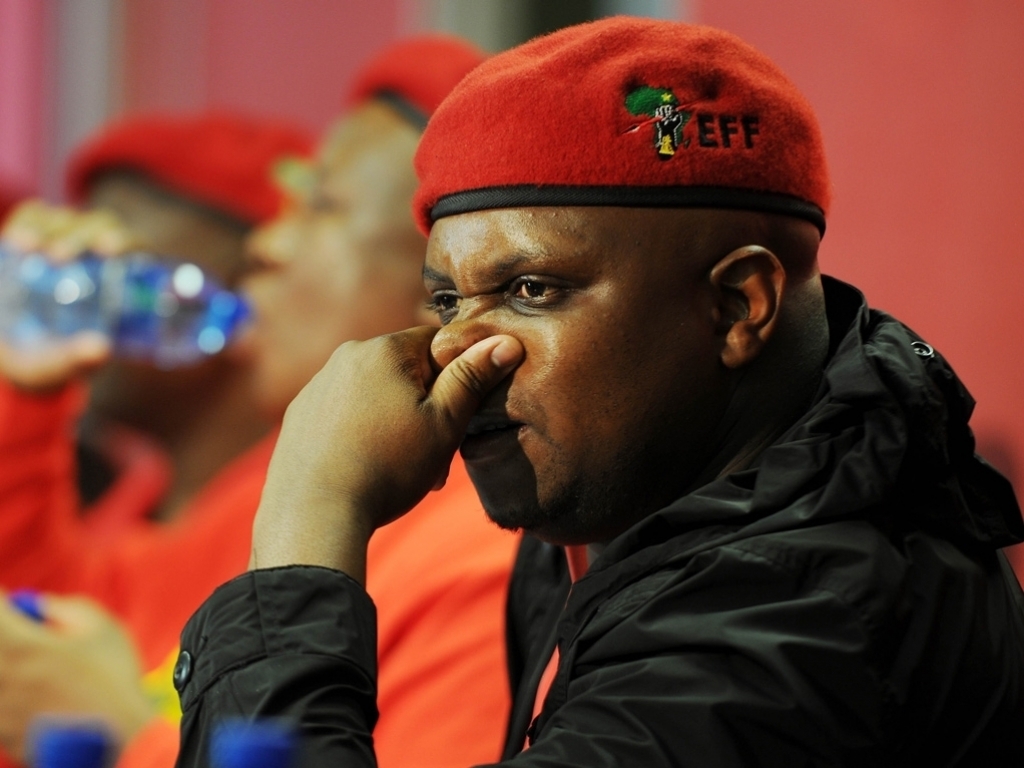 The Economic Freedom Fighters (EFF), who were not prepared to listen to Malusi Gigaba’s mid-term budget on Wednesday, staged yet another walkout in the National Assembly.

The Economic Freedom Fighters (EFF), who were not prepared to listen to Malusi Gigaba’s mid-term budget on Wednesday, staged yet another walkout in the National Assembly.

After what was one of the more protracted battles between Speaker Baleka Mbete and the EFF this year, the latter opted to raise the white flag and allow the Minister of Finance, Malusi Gigaba to deliver his mid-term budget in their absence.

Not only was Gigaba accused of being a Gupta stooge on Wednesday, but the Chief Whip of the EFF, Floyd Shivambu, also called him an outright criminal.

“We are going to leave you to continue with your corruption and listen to a corrupt person,” Shivambu told the Speaker.

“We are not going to form part of this nonsense of a captured, so-called Malusi Gigaba. We have surrendered our companies. He is going to finish off this country because of the corruption that is presided over by Jacob Zuma and the Guptas,” added Shivambu before leading his EFF colleagues out of the house.

Earlier in the plenary, Shivambu had told the Speaker that the EFF was raising a legitimate point about Gigaba, adding that he had absolutely no right to address the National Assembly. It was an argument which did not fly with Mbete, though.

“We are raising a legitimate question here, that South Africa is in crisis because of Mr Gigaba, who handed over state-owned companies to the Guptas. We are collaborating in crime if we allow him to address this parliament about money,” said Shivambu.

“We can’t be collaborators of crime, that is going to committed by Mr Gigaba today.”