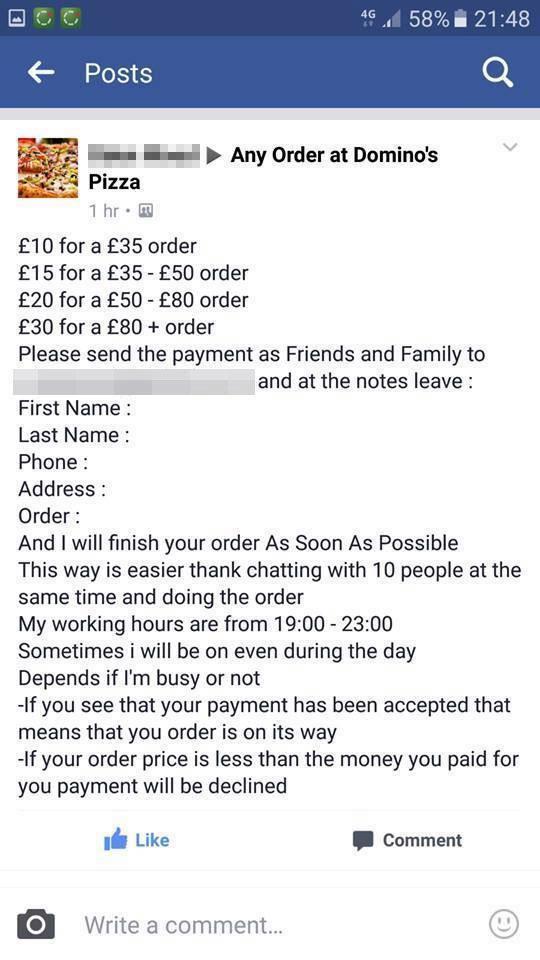 Several groups offering Domino’s deliveries for up to a third of the normal price have appeared online in recent months.

The groups lure in takeaway fans with claims they use vouchers and discounts to arrange ultra-cheap orders – but customers are now being warned stolen credit cards may have been used to pay for the food.

The man who runs the group told customers he used money-off vouchers and discounts to get the pizzas for less.

Customers would then transfer money to the admin – who is believe to be using a pseudonym – via PayPal and they would be sent the delivery.

But one group member was horrified when a man contacted her after she was sent food to say his card details had been used to pay for it.

Carly McCready warned other users in the “Any order at Domino’s Pizza” group after she received the call.

She said: “Everyone be careful I’ve just had a call from a mobile number and the guy stated my full name, number and address and he is not happy.