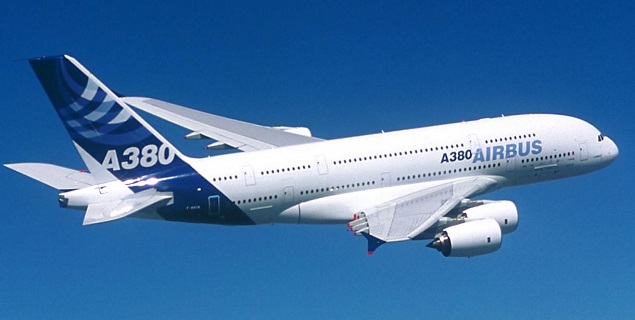 Airbus is being sued by consultants and middlemen who were dismissed as part of a compliance review initiated following fraud investigations around the world.
The European aircraft maker has disclosed the litigation in its 2016 annual report, which also listed multiple investigations into alleged bribery, corruption or other offences in five countries.

The company warned that there could be additional lawsuits from middlemen in future which “could have a material impact” on profits as it continued a review of its dealings with third-party consultants.

It has also emerged that an Indonesian middleman at the center of bribery allegations at Rolls-Royce is a focus of attention for UK investigators probing potential corruption at Airbus.

Two people with knowledge of the inquiry confirmed that Soetikno Soedarjo, owner of an Indonesian media group and a Singapore-based consultancy, had also been used by Airbus to win aircraft sales in Indonesia.

His role is being examined in the inquiry into “irregularities concerning third-party consultants” launched in August last year by the UK’s Serious Fraud Office. Airbus refused to comment.

The three-year investigation into Rolls-Royce, which ended with a record £671m fine being imposed by regulators in the UK, US and Brazil, gave investigators looking into Airbus a number of useful leads, according to people close to the inquiry.

“If [the investigation] had started at Airbus without having done Rolls, it would take longer,” one person with knowledge of the inquiry said.

Several of the charges against Rolls-Royce related to the procurement of engines for Airbus aircraft purchased by Indonesia’s Garuda Airlines. Indonesia’s Corruption Eradication Commission (KPK) is looking into Mr. Soedarjo’s role as part of its own investigation into Rolls-Royce.

Mr. Soedarjo did not respond to questions about his role at Airbus, made in a letter left last month with lawyers at Hin Tat Augustine, who confirmed to the Financial Times that the firm acted for his company, Connaught International, in Singapore.

Meanwhile, Airbus has said it is willing to try to aim for a settlement with UK authorities over the SFO’s investigation into its use of third parties to win commercial aircraft sales in foreign markets, as well as a separate probe into deals done by its defense arm in Saudi Arabia.

A settlement would defer prosecution, on condition that the group implements stricter compliance measures. It would also prevent the company’s defense business from becoming ineligible for government contracts in certain countries.

Tom Enders, Airbus chief executive, told the Financial Times earlier this year that he would consider striking a deal if one was offered by regulators. In the annual report, the group revealed that it faced multiple investigations in Germany, Greece, the UK, Romania and Australia. It said that as a result of these inquiries and commercial disputes, it was enhancing its policies procedures and practices, “in particular in respect of sales support activities”.

Airbus was “conducting enhanced due diligence as a precondition for future or continued engagement and to inform decisions on corresponding payments”, the report stated. The company had hired “legal, investigative, and forensic accounting expertise of the highest caliber” to review all of its third-party relationships.

Airbus has significantly reduced the number of middlemen used in foreign sales and last year abolished the Sales and Marketing Organization that managed these intermediaries.