A Frances Benjamin Johnston lantern slide of the gardens of Beacon Hill House in Newport, Rhode Island, in 1917. Beacon Hill House was razed in 1967, and the garden acres were sold for a subdivision, making this photo an important historical record as well as a stunning image.

Frances Benjamin Johnston (1864–1952) loved beautiful gardens. From 1915 through the 1930s, she shared her enthusiasm in lectures to garden club members, museum groups and horticultural societies. No doubt her listeners valued her knowledge of gardens—but they may have enjoyed her visual examples even more.

Johnston—one of the first women to achieve international prominence as a photographer—illustrated her lectures with glass lantern slides created from her black-and-white photographs. Guided by notes from Johnston, colorists carefully hand-painted small glass transparencies that, once inserted into a projector, cast an enlarged image on a screen.

The Library of Congress purchased Johnston’s archive from her estate in 1953, including more than a thousand garden lantern slides. They had not been seen since the 1910s to 1930s until the Library digitized the images and put them online in 2012. The project was possible because of extensive research and new insights from house and garden historian Sam Watters, who spent five years working with the collection.

Some of Johnston’s slides are highlighted this month under the “free to use and reuse” feature on the Library’s home page. Each month, the website showcases content from the Library’s collections that has no known copyright restrictions. The items are U.S. government works, in the public domain, or cleared for public use by copyright owners—meaning you can use them as you wish.

This month, we are highlighting architecture and design: Carol M. Highsmith photographs of architectural gems by John Eberson and Frank Lloyd Wright; beautiful images from the Historic American Buildings Survey; drawings and designs for landmarks and landmark structures—and more.

Scroll down to view some examples. 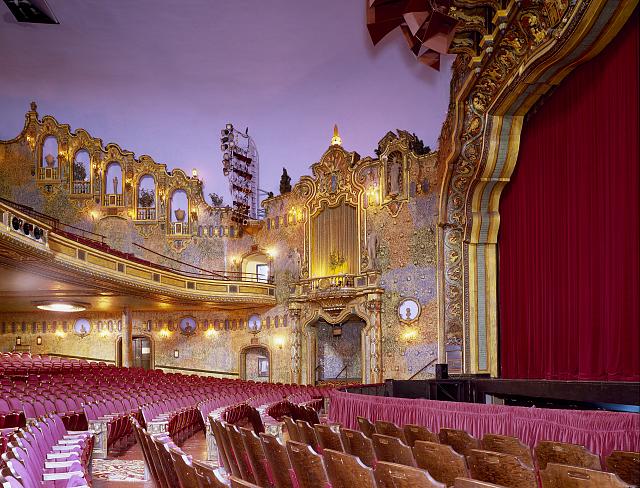 A photograph by Carol M. Highsmith of the Carpenter Theatre in Richmond, Va., designed by John Eberson. 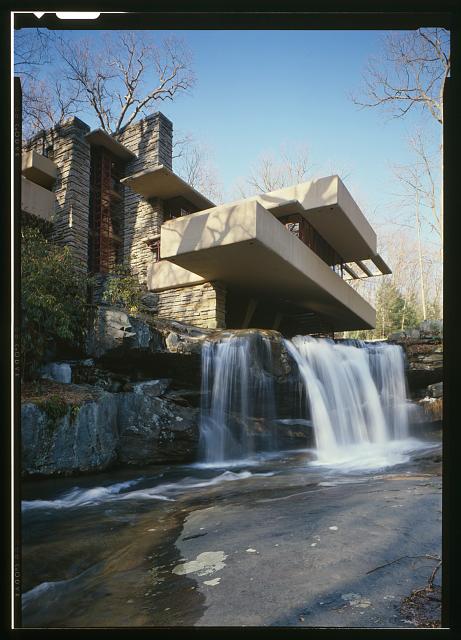 A photograph from the Historic American Buildings Survey of Fallingwater in Fayette County, Pa., designed by Frank Lloyd Wright. 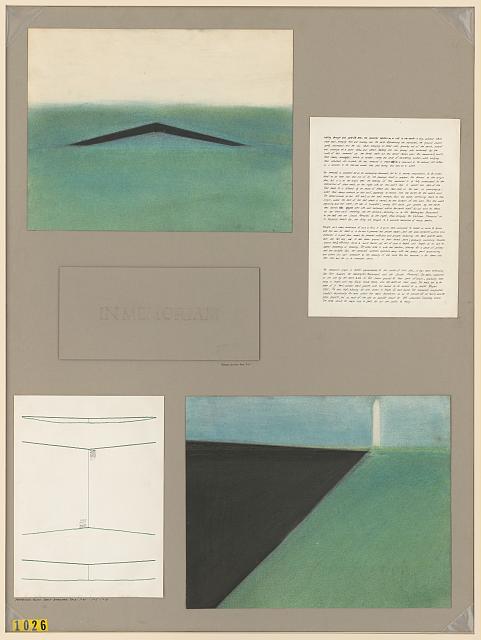 Design for the Vietnam Veterans Memorial in Washington, D.C. Maya Lin created the design in 1981 when she was as a student at Yale University’s School of Architecture. 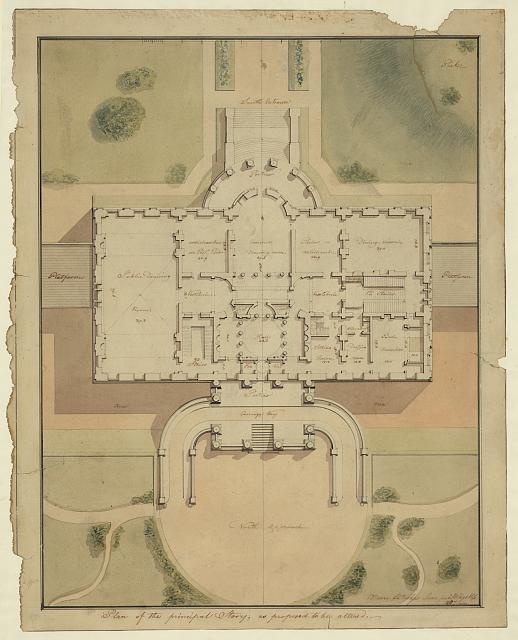