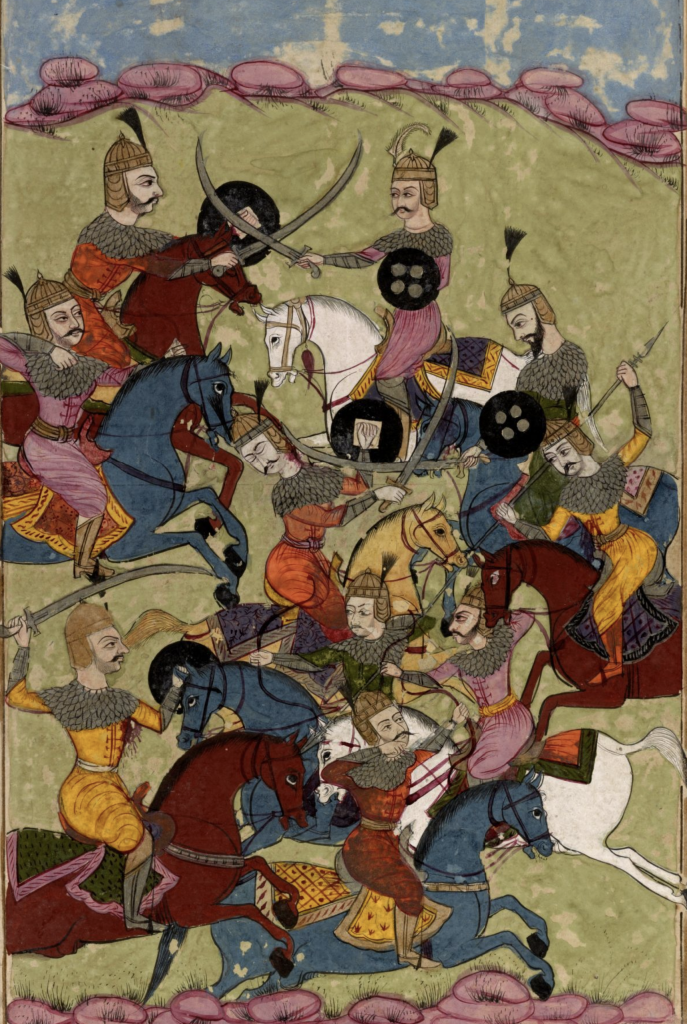 Detail, illustration in the Shahnamah. Printed in India, circa 1600.

“The Shahnamah,” (translated as “The Persian Book of Kings”) is the majestic narrative that recounts the history of pre-Islamic Persia, a staggering work of literature first published about 1,000 years ago. Written by the poet Ferdowsi, it is composed of 62 separate stories set in 50,000 rhyming couplets and divided into 990 chapters. It was 33 years in the making. “Epic” doesn’t begin to cover it.

The book begins with the Persian creation story (Keyumars is the first human) and ends with the Arab invasion of modern-day Iran in the seventh century. It encompasses periods of myth, legend and actual history. It occupies a cultural space something like ‘The Illiad” and “The Odyssey” do in the western tradition, or “Mahabharata” in India — the cornerstone of an entire body of language and literature.

“ ‘The Shahnamah’ became the standard-bearer, the blueprint, for the modern Persian language,” says Hirad Dinavari, reference specialist for the collection in the African and Middle East Division. “The language has changed so little since then that a modern speaker would have little problem reading the 10th century text.”

The Library has three gorgeous manuscript copies of “Shahnamah” – and, as a four-year digitization process of the Rare Persian-Language Manuscript Collection is now wrapping up, you can now see them all online.

One is from modern-day Iran, the second is from Kashmir, and the third is from India. They, along with the rest of the 170-piece collection, will be at the heart of a May 10 conference at the Library devoted to the digitization project. The first panel will discuss ongoing relevance of 1,000 years of Persian literature to researchers, scholars and students in a range of disciplines. The second panel will focus on the work of a multi-disciplinary team of some two dozen people that brought the collection to digital life. 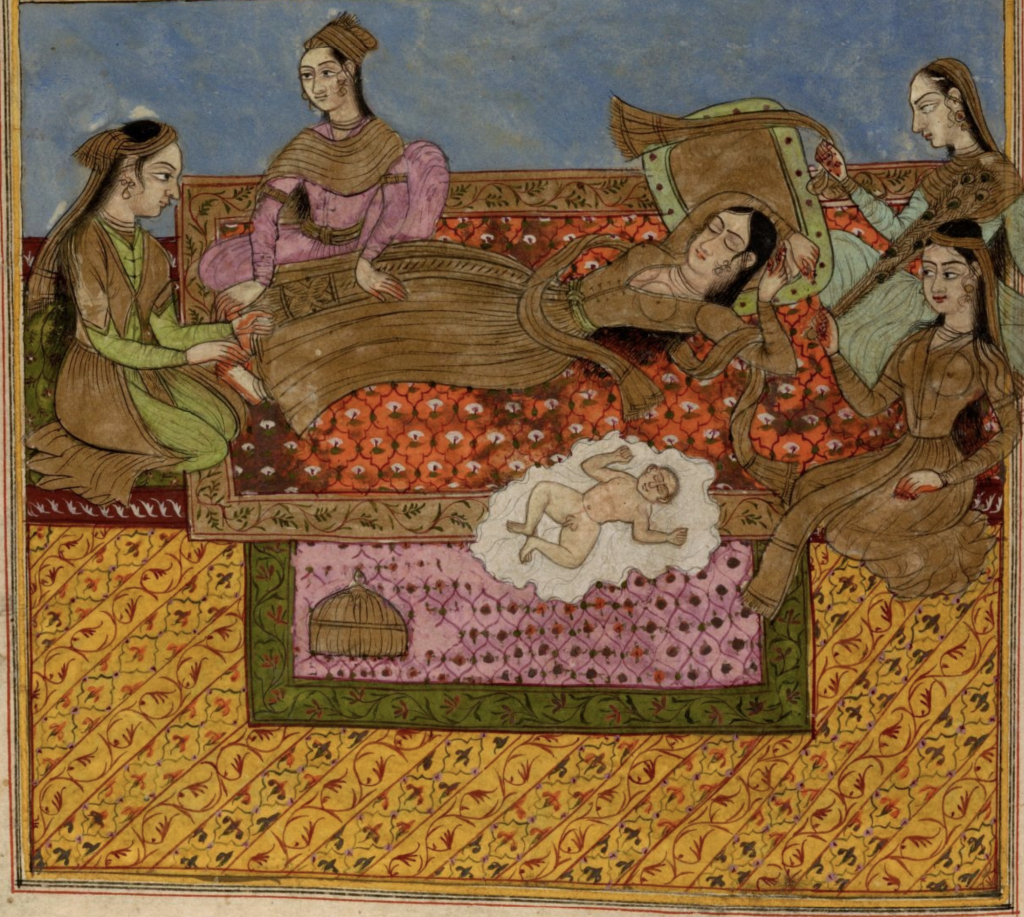 Detail, illustration from the Shahnahmah. Printed in India, circa 1600.

The collection is composed of manuscripts dating back to the 13th century, and come from the range of the near Eastern world — Iran, India, Afghanistan, much of central Asia, and the then-powerful Ottoman Empire. It includes the poetry of Rumi, Saadi and Hafez.

But it’s “The Shahnamah” that remains at collection’s heart. Before the printing press, each manuscript of the epic was penned in a unique style that varied depending on the era, the calligrapher and the region. Only the story and the language remained constant.

“They’re a cultural study that walk you through the aesthetic challenges of the day, and how each place confronted them in their own time,” Dinavari says. “You see the Moghul style of painting in one copy, and, in another, the Ottoman/Turkish style of miniature painting. Plus, they are just stunningly beautiful, even to audiences who don’t know the language. They’re so eye-grabbing that they can engage you on many different levels.”