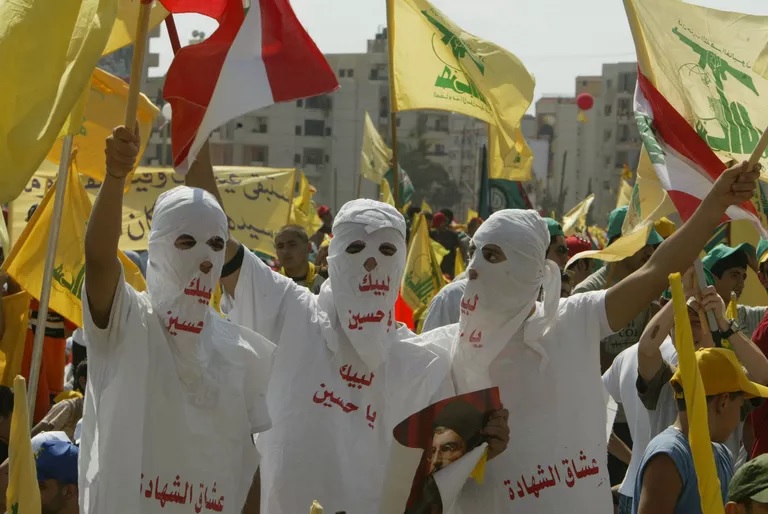 Since its inception, Hezbollah has leveraged a worldwide network of supporters—from formal operatives to informal sympathizers—to provide financial, logistical, and sometimes even operational support. Through these networks, the group can raise funds, procure weapons and dual-use items, obtain false documents, and more. Some of these are formal Hezbollah networks, run and supervised by Hezbollah operatives on the ground and in Lebanon. But most are intentionally structured to be more informal than formal. That is, the links back to formal Hezbollah structures are opaque, providing distance and a measure of deniability for Hezbollah leaders. Generally, the Hezbollah criminal enterprise tends to be organized around loosely connected nodes and does not depend on hierarchical links up the Hezbollah chain of command. The types of operatives and supporters involved in criminal activities benefiting Hezbollah run the gamut from trained and committed Hezbollah henchmen to what one U.S. FBI official, experienced in Hezbollah investigations, describes as “useful idiots who want to be associated with a glorious cause but don’t need or want to know more. Hezbollah also plugs into preexisting criminal networks that provide specialized services to any client who pays.

Hezbollah has, since its inception, benefited from Iranian largesse, including the assurance of hundreds of millions of dollars in cash and generous material support in the form of weapons and other goods. But over the years, due to the impact of sanctions, a drop in the price of oil, and other considerations, Iran has cut back its direct support in favor of proxy support—sometimes very suddenly.3 As a result, Hezbollah has, in recent years, significantly expanded both its formal and informal criminal enterprises, as a means of diversifying its financial portfolio and insulating its budget from the impact of Iranian belt-tightening. And while the group does raise funds through charities fronting for the group, the big money comes from a range of criminal activities, from arms smuggling and counterfeiting operations to credit card fraud, extortion, and narcotics trafficking.

To facilitate its criminal activities, Hezbollah and Hezbollah-affiliated supporters cooperate with a broad range of facilitators who have less definite ties to the group itself, if any. In other words, Hezbollah often leverages the services of cut-outs, people only loosely connected to the organization, and even completely unaffiliated criminal middlemen and facilitators. The Hezbollah fingerprint is often opaque. Hezbollah purposefully structures the command and control of its covert operations and illicit criminal activities to be as impervious as possible.

Hezbollah is deeply involved in criminal enterprises, including running illicit networks of its own and plugging into those of other criminal entities. There remains, however, deep disagreement within U.S. government circles about the extent to which some of these are truly Hezbollah enterprises or merely the criminal activities of individual Hezbollah members or supporters. These members or supporters share the proceeds of their crimes with Hezbollah, but they do not always act under the direction of Hezbollah leadership. Indeed, while both situations exist, the question may be based on a distinction that makes little difference. As far back as the Lebanon hostage crisis in the 1980s, Hezbollah’s involvement in crimes and operations has often been driven less by a hierarchical organization chart than by relationships. And yet, these still benefit the group overall. A similar dynamic is at play today, governing a loosely structured, untransparent, but organized Hezbollah effort to leverage criminal enterprises for financial, logistical, and even operational benefit. At a time when Hezbollah is deeply involved in the Syrian civil war, has been caught planning terrorist attacks in three continents, and is active on the ground in battlefields as far afield as Iraq and Yemen, identifying and targeting Hezbollah’s fundraising and logistics operations through criminal enterprise is a priority for intelligence, law enforcement, and policymakers alike.

We may now be witnessing just such an extortion conspiracy being orchestrated by a reported Hezbollah affiliate supporter in the form of Jocelyn Breiss.

Breiss threatens individuals and corporations by presenting scandalous lawsuits that would enter false and defamatory accusations into the public record. Breiss is accused of transmitting extortionate communications. Specifically transmitting in interstate commerce, a threat to a corporation’s reputation with the intent to extort money.

The Hezbollah agent is also in violation of Hobbs Act extortion, which is the obtaining of property from another, with consent, induced by wrongful use of actual or threatened fear of economic harm.

As with the useful idiots, carrying out petty and process crimes, similarly organized Hezbollah networks operate elsewhere around the world, including in Africa. While the precise numbers are unknown, Hezbollah raises significant funds within the Lebanese diaspora communities in Africa. One person who reportedly facilitated such donations was Sheikh Abd al-Menhem Qubaysi, a Lebanese national living in the Ivory Coast. The U.S. Treasury Department designated Qubaysi as a terrorist financier who played a public and prominent role in Hezbollah activities in the Ivory Coast. According to intelligence released by the U.S. Treasury, Qubaysi served as Hassan Nasrallah’s personal representative in West Africa.

Formal Hezbollah operatives continue to be actively involved in Hezbollah’s criminal activities around the world, sometimes even in direct support of Hezbollah’s military or terrorist activities.

Hezbollah criminal enterprises—some formal, some informal—span the globe from drug-running and organized crime in the Balkans, to procuring false passports in Southwest Asia, to trafficking in stolen goods and trade-based money laundering in South America, and operating corporate front organizations and extorting financial support from the U.S. civil judicial system.

Hezbollah seeks to leverage the services of organized criminal networks to facilitate its own entry into large-scale organized criminal enterprise. From narcotics to international used car sales, money laundering, procurement front companies, and extortion, U.S. law enforcement sees multiple cases where the Hezbollah-affiliated criminal operators are themselves acting as “super-facilitators” for a tremendously wide range of crimes and clients.