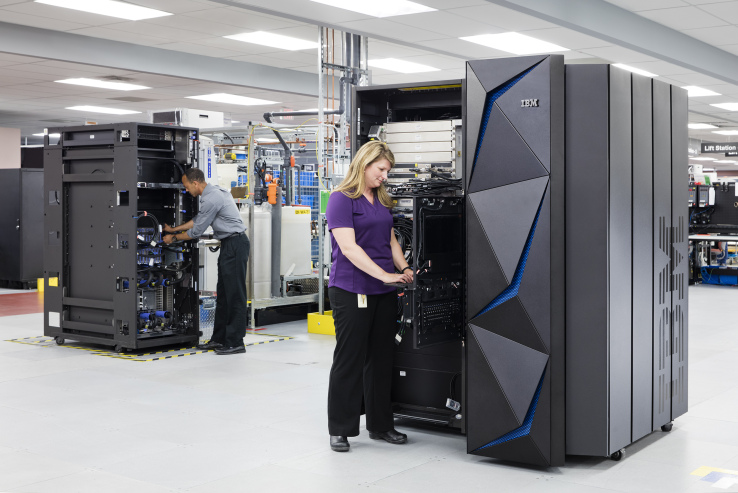 IBM is doing its damnedest to keep the mainframe relevant in a modern context, and believe it or not, there are plenty of monster corporations throughout the world who still use those relics from the earliest days of computing. Today, the company unveiled the z14, its latest z-Series mainframe, which comes with the considerable draw of full encryption.

Is that enough for even corporate giants to shell out the dough for one of these computing behemoths? IBM’s general manager of z Systems Ross Mauri says the company spent two years talking to 150 customers to get a grip on exactly what it would take for them to upgrade their current mainframe technology, and what they kept hearing was “encrypt everything so we don’t have to worry about it.”

And that’s precisely what Mauri says IBM set out to do with the latest release. “[Full Encryption] was the most needed capability, and it solves a real-world problem. There’s a cyber war out there with highly funded groups looking for data and getting it. Our purpose [with z14 encryption] is shutting that down,” he said.

The way they are doing it is by encrypting every level of the system, and then storing everything inside encrypted containers. What’s more, if the system detects an attack like malware or other intrusion, it has been…