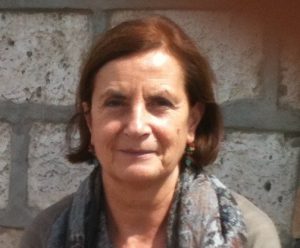 If you watched the Academy Awards in 2012, you probably remember “The Artist.” The mostly silent black-and-white French comedy-drama garnered 10 nominations and won five Oscars — including for best picture. But perhaps the most stunning thing about the film for many modern movie lovers was its revelation of the power of silent storytelling. For Giuliana Muscio, however, this was nothing new. She teaches film studies at the University of Padova in Italy and writes about film, mostly American. This spring, her research brought her to the Library, where she spent a week ensconced in the reading room of the Motion Picture, Broadcasting and Recorded Sound Division investigating the subject of her next book: Robert G. Vignola, an Italian immigrant to the U.S. who directed and acted in American silent movies.

I work mostly on American cinema, from its origins to contemporary cinema. I write both in Italian and in English on film relations between the U.S. and Italy, American film history, Italian screenwriters and the influence of Italian stage traditions on American media. My Ph.D. dissertation, “Hollywood’s New Deal,” was based on primary research on Franklin D. Roosevelt and media. My most recent book, “Napoli/New York/Hollywood,” deals with the influence of the Italian diaspora on American film and the presence of Italian artists in American media. In 2018, I co-curated the exhibit “Italy in Hollywood” at the Museum Ferragamo in Florence, and I co-directed the documentary “Robert Vignola from Trivigno to Hollywood.” 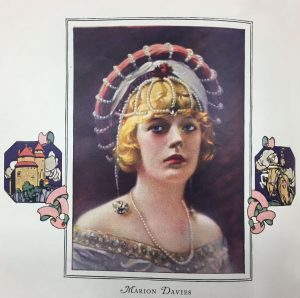 Marion Davies in her role in Vignola’s “When Knighthood Was in Flower” from a color ad in the fan magazine “Photoplay.”

Who was Robert Vignola?
Vignola was born in southern Italy in 1882 and emigrated to the U.S. with this family when he was 3. He grew up in Albany, New York, and started a career as a stage actor when he was quite young, later becoming involved in filmmaking in New York City. Starting in the 1910s, Vignola worked with Kalem Films, both as an actor and a director. In 1911, he travelled to Ireland, where he acted in the first films made there, and he also participated the making of “From the Manger to the Cross,” shot in Palestine in 1912. Between 1913 and 1916, he directed and acted in several shorts for Kalem, then he moved to Paramount, where he directed some of the most important actresses of the time — Pauline Frederick, Alice Brady, Marguerite Clark, Clara K. Young, Constance Talmadge and Ethel Clayton. In 1920, William Randolph Hearst hired Vignola at Cosmopolitan Productions, where he directed five Marion Davies films, including “When Knighthood Was in Flower,” promoted as the most expensive film made in the 1920s.

Between 1916 and 1925, Vignola was recognized as one of the main directors in American cinema, and his salary was among the highest. His career declined, however, in the mid-1920s when the film industry completed its transfer to the West Coast, where he moved only later, and the studio system became more structured.

Why is he important to cinema history?
My work on Vignola covers an underinvestigated period of American film history — 1914 to 1925 — and calls attention to other Italian filmmakers, such as Frank Capra, Gregory LaCava and Frank Borzage, fostering a new perspective on their influence on American silent cinema.

This wasn’t your first time at the Library. How were you introduced?
I know the Library and its motion picture collection well. It is indeed one of the best places to research American cinema. In 1974, I researched my Italian thesis, “Models and Stereotypes of Cold War American Cinema, 1945–1951,” at the Library, analyzing cultural changes in film genres and the relationship between Hollywood and Washington, for which I viewed about 100 films at the Library.

What was your experience this time around?
I was not aware until recently of how rich the collections are for the study of early silent cinema. For my Vignola research, I was able to see six of his films or fragments of them, among a total of only 20 extant titles (or excerpts), including shorts. I found synopses of some Kalem shorts in the copyright deposit files; I accessed a rare publication on the making of “From the Manger to the Cross”; and I consulted collections of reviews. I especially appreciated being able to read the magazine “Dramatic Mirror” and issues of the film-fan magazine “Photoplay.” Although some of these materials may be available online, reading entire volumes of the magazine allowed me to perceive the context in which Vignola worked and discover unmapped items, too.

When I think about it, it is amazing how much I was able to achieve in only one week at the Library this spring, thanks to the generous support of everybody there, the great assortment of historical materials on offer and, most of all, the easy access to them.