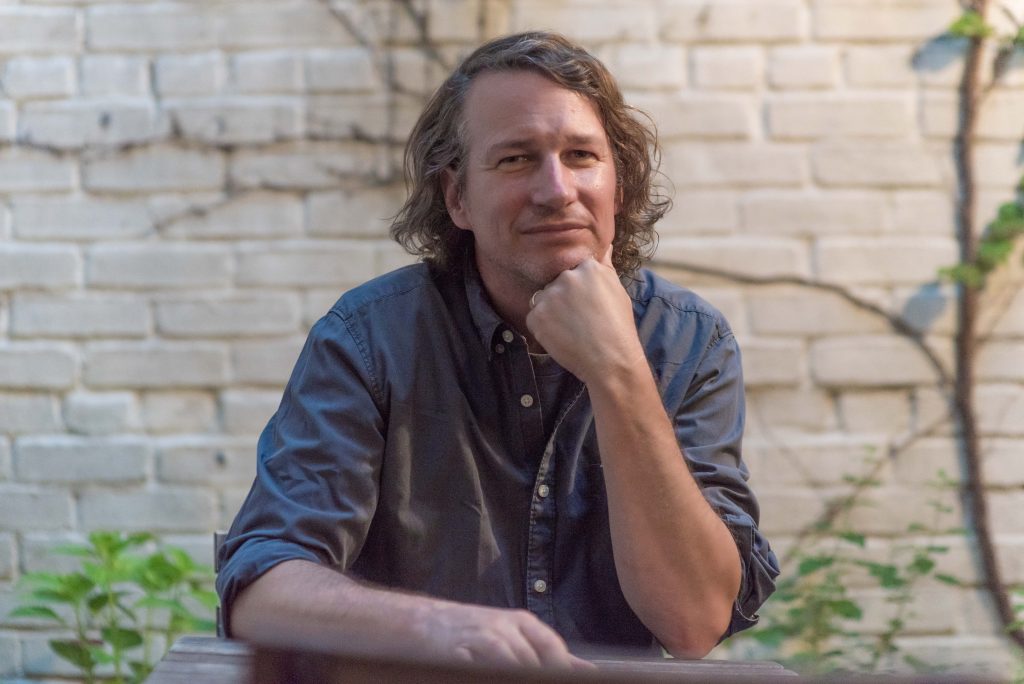 Rob Williams first used the Library’s digital newspaper collections more than a decade ago as a high-school teacher of U.S. history in Powhatan County, Virginia, near Richmond. Today, he’s a recording artist—he released his third album, “An Hour Before Daylight,” in October. But he still draws inspiration from the same online resources that captivated his history students.

Williams learned about the Library’s digital collections while attending a professional conference. A Library educational resources specialist there spoke about primary sources the Library was making available to teachers online. Williams was hooked.

Williams earned a PhD in educational leadership while teaching and eventually became a curriculum specialist for Hanover County Public Schools in Virginia. As his career transitioned, Williams revisited songwriting and performing, something he began as a teenager but set aside to pursue teaching.

As a songwriter, he continues to search “Chronicling America” from time to time—but now for creative ideas. His album “An Hour Before Daylight” features a song about a Montana mining town based on a January 1, 1886, article Williams found in The Butte Daily Miner.

Here Williams answers a few questions about his career and his use of the collections.

What period of U.S. history did you teach?

I taught a survey course that covered the span from European colonization to the present. The curriculum focused on a traditional overview of major movements and events, and I liked to add in as much color and contrast as I could to broaden the story and make it more interesting and engaging. For example, my students read historians like Howard Zinn to get a different perspective than that offered by the traditional curriculum, and I would use articles from the Library’s digital collection to draw examples from real-life, everyday people.

How do you approach searching the digital collections?

It takes time. There’s no way around that. I use the digital newspaper collection. In terms of process, I’ll start with a broad search and read through some of the returns. Typically, there will be one article—maybe even one unrelated to my original search—that catches my eye and leads to additional searches. Not every search yields useable ideas, but that’s part of the creative process.

What kind of stories resonated the most with your students?

History, as it’s taught in schools, tends to be a neatly organized collection of oversimplified vignettes that are sometimes, but not always, related to one another. Even high school students can appreciate that life isn’t always so simple. One topic I remember students reacting to concerned Virginia’s secession from the Union in 1861. Exploring articles from various Virginia newspapers arguing against secession in 1861 made an impression on students, because it helped them better understand and make meaning of this complex issue. Digging a little deeper into the collection, students discovered that newspapers in the eastern part of the state tended to support secession, while those in the western counties opposed. This led to some nice “aha” moments that students discovered themselves. Teaching history is as much about teaching students how to discover and interpret information as it is teaching them what happened. The Library’s digital collection is a rich source for helping students practice those skills. 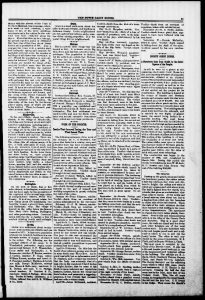 Page from the January 1, 1886, issue of The Butte Daily Miner describing the “work of the coroner.”

As a songwriter, how and why do you use the collections?

As a songwriter, I’m always looking for interesting stories and characters. Newspapers, which are typically intended for local audiences, are filled with colorful characters and certain biases and perspectives. Featuring more than a century’s worth of newspapers, Chronicling America has a treasure chest of characters and stories from across time and place.

What about the story from Butte, Montana, sparked your imagination?

I was looking for a story about the American West—cowboys, cattle drives, gunfighters, whatever I could find—so I searched Chronicling America for stories from the 1880s. When I came across the Butte, Montana, story I was intrigued by the attempt to portray Butte as a safe frontier mining town by detailing all of the suspicious deaths from the prior year. And there were plenty of them! Basically, the article was a recap of the coroner’s report of homicides, suicides, mining accidents (never the fault of the mining company) and unsolved mysterious deaths from 1885. The characters had names like “Fat Jack” and “Opium Jim.” My imagination just took off.

Is there cross-over for you between teaching history and songwriting?

They are similar in the sense that they both involve storytelling, and both allow audiences (students, listeners) to interpret and draw meaning for themselves. Both are creative pursuits. Songwriting has fewer rules, and although you can’t completely ignore your audience when you’re writing, you also don’t necessarily have them in mind. The writing process doesn’t involve thinking about what people want to hear, or at least it shouldn’t. In the end, songwriting is about trying to be original, honest and open. Teaching, on the other hand, necessarily involves the needs of students. Good teachers are also creative, but planning instruction is more restrictive because the audience is always front and center in the mind of teachers.

Do you have any suggestions for others who might want to make use of the collections?

For teachers, I would say not to be discouraged by the volume of resources available. Set aside some time and just begin reading through the collection without necessarily having a goal of coming away with anything tangible right away. If you’re using the digital newspaper collection, like I do, then read the articles like you would read any newspaper article. Find one that interests you, and if you’re anything like me, you’ll start to look at the same or similar historical events through the eyes of different newspaper accounts. From there, I’ll bet you come up with ideas for using these primary sources with students.