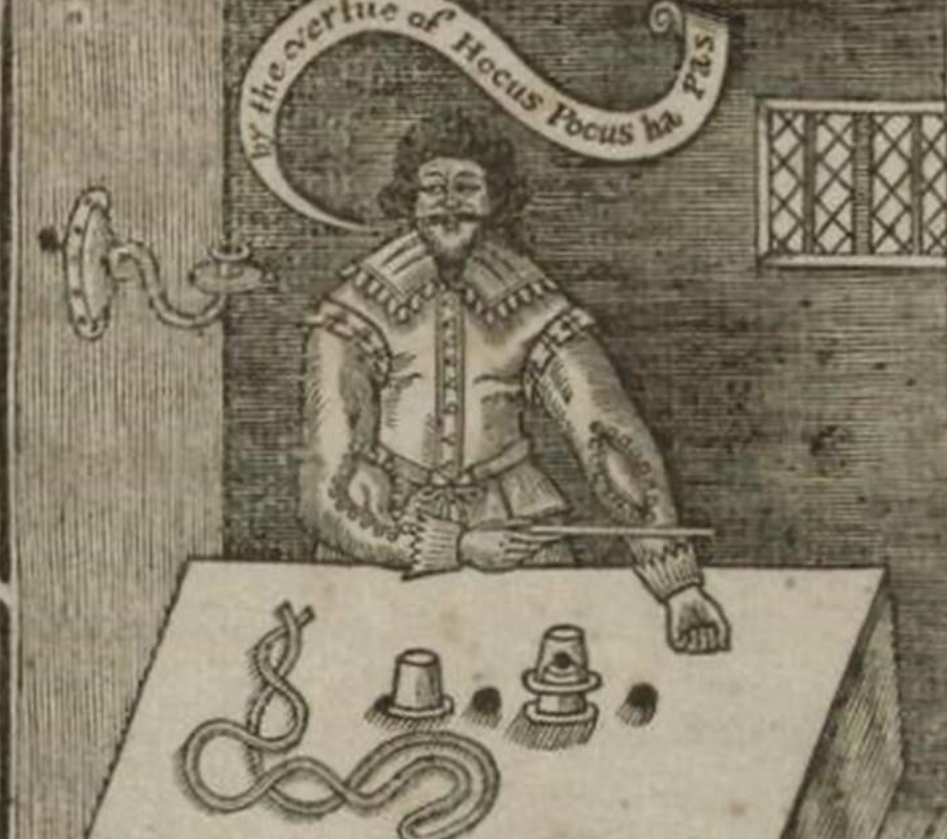 This is a guest post by Mark Dimunation, chief of the Rare Books and Special Collections Division.

Looking for a few good party tricks? Perhaps pulling a card from your sleeve, or a smooth shell game, or even a captivating decapitation?

Harry Houdini had the book for you. 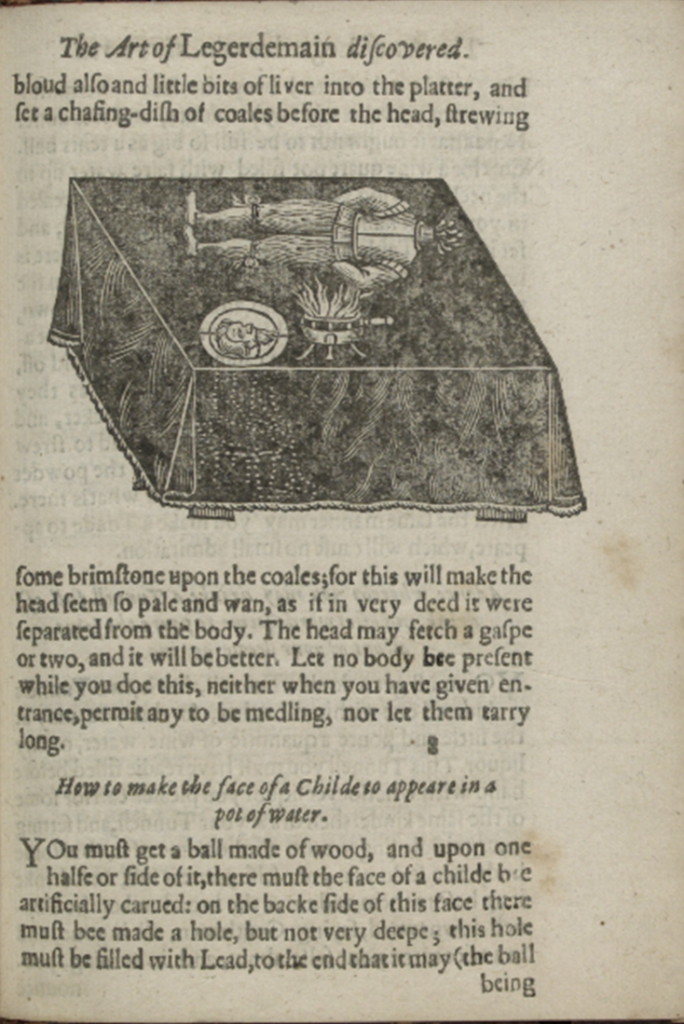 In 1927, at the bequest of Houdini, the Library received his personal collection of 4,000 volumes. In addition to documenting Houdini’s personal campaign against Spiritualism, the collection contains what you would imagine – magic books, playbills and many volumes of pamphlets on such topics as card tricks, mediums, hypnotism and handcuff escape methods. Before Houdini turned his attention to feats of escape, he rose to fame as a master of the sleight of hand. His collection carefully documents the history of that art form.

The earliest known English language work on magic, or legerdemain (as sleight of hand was then known) appeared anonymously in 1635 under the title “Hocus Pocus Junior: The Anatomie of Legerdemain.” A popular handbook of magic tricks, “Hocus Pocus” was the first illustrated book in English entirely about conjuring, and likely the first magic book written by an actual magician. UPDATE: An alert reader asks about “The Discouerie of Witchcraft,” published in 1584. That was the first book published on witchcraft, which was held as a thing apart from card tricks, slight of hand and stage tricks that constituted “magic.”

The author of “Hocus Pocus” is thought to have been William Vincent, who had a license to perform magic in England in 1619 and went by the stage name Hocus Pocus. His repertoire included dagger-swallowing and rope-dancing, as well as standard tricks of legerdemain. In addition to describing how to carry out ordinary tricks using cups and balls, the book includes a decapitation trick — “How to seeme to cut off a mans head, its is called the decollation of John Baptist.” (John the Baptist, one of the apostles of Christ, had been beheaded, an execution that loomed large in the stern Christianity of the era.)

Startling as it sounds, it’s not that complicated — the trick involves two people who greatly resemble one another (twins are ideal) and a cloth-draped table with two concealed holes in it. One person lies on their stomach on the table, their head over one hole concealed hole. The other is hidden beneath the table’s opposite end, perched beneath the second concealed hole.

During some eye-catching stage business — maybe an abracadabra wave of the wand, a puff of smoke, a twirl of the cape and perhaps a blow from a slightly misdirected ax — the first person plunges their head through the table into the first concealed hole, their neck doused with bloody-looking stuff. The second person pops their head up from the second concealed hole, also with bloody-looking stuff about the neck.

Presto! The head appears on the table, far apart from the neck, as if beheaded.

“The head may fetch a gaspe or two, and it will be better,” the author notes, then advises: “Let no body bee present while you doe this, neither when you have given entrance, permit any to be medling, nor let them tarry long.”

In other words, the stitching shows on close inspection; keep the crowd moving.

Magic aficionados will recognize this technique as the same one used in the “saw the magician’s assistant in half” trick that has been wowing audiences for ages.

Houdini, no doubt, appreciated the stagecraft and the trick’s long history.