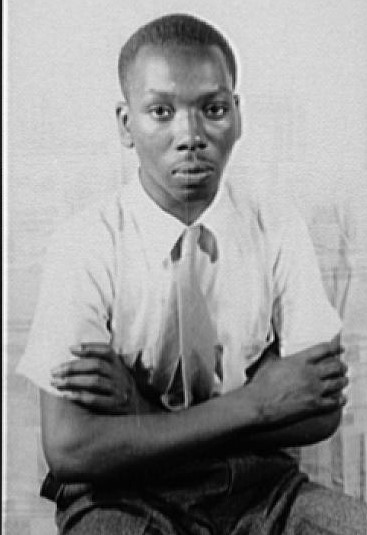 Jason Reynolds is back with his Tuesday “Write. Right. Rite.” video, and the National Ambassador for Young People’s Literature has a terrific creativity challenge.

We’ll let the man himself explain.

Can the Library help with that? Are you kidding?

The Library’s Prints and Photographs Online Catalog is a near endless resource of prints, photographs, drawings and artwork. I typed “Jacob Lawrence,” the influential American painter he mentions, into the search box. Here’s one of the first things that came up:

The man himself, as photographed by Carl Van Vechten on July 31, 1941. It was a Thursday.

So, to take up Reynolds’ writing challenge, let’s think about that.

What did the world look like then? What might have been on his mind that day? Why might he have crossed his arms — usually perceived as a defensive, closed-off gesture — in this photograph?

A few things leap to mind.

There was war in Europe, but not yet in the United States; few people outside Hawaii would have ever uttered the words “Pearl Harbor.” There was no television. When people said, “the airwaves,” they meant “the radio.” “Citizen Kane,” now routinely regarded as the best American movie ever made, had been released earlier that summer but hadn’t drawn big crowds.

Most particular to African Americans, vicious Jim Crow segregation dominated the South (and other parts of the country). Lawrence was, the day this picture was taken, wrapping up his epic “Migration Series,” 60 panels that depicted the Great Migration of blacks from the rural South to the urban North. That migration was one of the defining movements of American life, and the paintings were some of the most important of his career. (They are held today in The Phillips Collection in D.C. and the Museum of Modern Art in New York.)

Lawrence knew this history because it was his own story. He was born in 1917 in Atlantic City, New Jersey, the child of parents who had made the trek north. After a turbulent childhood, he settled in Harlem as a teenager. The artists and writers of the Harlem Renaissance had a huge influence on his career. 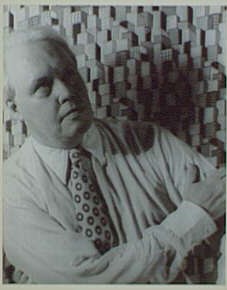 Which brings us to the photographer. Van Vechten was white, born in Iowa in 1880 and moved to New York as a young man. He launched a influential career as a writer, photographer and a supporter of the arts. The Harlem Renaissance also had a huge influence on his career, as he championed black writers and artists. But he also wrote a very controversial novel that included the N- word in the title. It had not endeared him to many black artists.

The day this picture was taken, Van Vechten was 61. Lawrence was 23.

So, take it from the top. What do we think Jacob Lawrence might be thinking, looking at this photographer looking at him on the last day of July in 1941, at the instant the aperture opened and closed, with his own career a promising but unknown world?