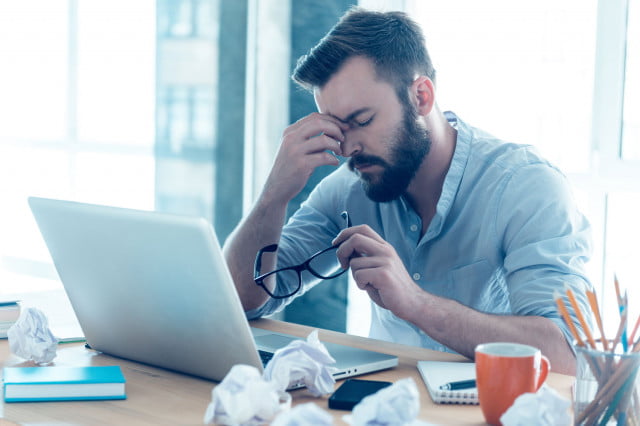 Getting malware is like getting sick — it’s pretty much inevitable sometimes, but that doesn’t mean you shouldn’t take the time to reduce your risk .

Antivirus developer McAfee released its latest threat report on Friday, and there’s some big news for Mac users: Mac malware is more prevalent than ever before. It’s still not a huge problem, however and it’s also important to take McAfee’s numbers with a grain of salt — it is trying to sell a product after all.

First, let’s dig into the numbers to put things in context. According to 9to5Mac, there were about 700,000 documented instances of malware hitting Macs in the first quarter of 2017. That’s a lot, but keep in mind Windows machines were hit 700 million times in the same time period.

Naturally, that’s attributable to Apple’s smaller overall share of the PC market — it’s a smaller target, and malware creators want to strike the biggest targets possible to maximize the damage/profit of their illicit endeavors.

It’s also important to point out McAfee’s definition of malware includes adware — which it notes is largely to blame for the increasing number of detected malware instances on MacOS. Adware is irritating, and potentially dangerous, but it’s not quite as malicious as full-on malware. Still, it’s important to be vigilant, and MacOS makes it pretty easy to do just that.

One of the best things you can do to protect your Mac is limit yourself to software available in the Mac App Store. Of course, that’s less than ideal. The Mac App Store has grown a lot in recent years, but there are still some important software suites you might need to get elsewhere.

It’s kind of a pain sometimes, but MacOS Sierra automatically prevents software from being installed if it doesn’t come from a list of identified developers. However, you can manually install software from anywhere, but only after opening up the Security and Privacy pane of your preferences menu and personally authorizing the install.

In order to check on how your personal security settings are tuned, make sure you familiarize yourself with the aforementioned Security and Privacy pane. Also, it’s never a bad idea to take some common-sense measures to protect yourself — even if you’re only protecting yourself from some irritating adware.

OnePlus sells one phone, which means to be successful, that device needs to be very good — talk about pressure. The OnePlus 3T has always been easy to recommend. It does everything pretty well, and costs less than many big-name rivals. Now it’s time for the sequel, but just because the OnePlus 3T is good, doesn’t mean the pressure is off. If anything, there’s more this time around.

The OnePlus 5 refines what made the OnePlus 3T so desirable even further. It does more, has more power, and looks even smarter. But what we really like is how it’s so incredibly accessible — the software is simple, and the features easy to understand. You just settle into using the OnePlus 5 like sinking down into your favorite chair. This accessibility is really important; OnePlus has a somewhat geeky image, like it’s only suitable for tech-enthusiasts. The OnePlus 5 proves this isn’t true at all.

Apple is a master at making phones like this, and the iPhone’s influence runs through the OnePlus 5 very clearly. It sometimes steps over the line from homage to imitation. Our OnePlus 5 review shows how the company impressively manages to rise above this, to achieve a level of brilliance that separates it from other high-end smartphones. Here’s how.

From the back, the OnePlus 5 really, really looks like an iPhone. The midnight black color scheme, carried over from the limited edition OnePlus 3T, is extremely close in shade to the matte black iPhone. The OnePlus logo shines in glossy black in the top center, and in the top left is a dual-lens camera flanked by a flash unit. Body-colored antenna bands curve around both ends of the OnePlus 5, just like they do on the iPhone.

In the past, companies like Huawei have been accused of copying the iPhone’s design, and while it still does to a certain extent, it has found its own style more recently. OnePlus says the OnePlus 5 is the result of its most expensive design process yet, and more than 100 prototypes were made before deciding on this one. It’s surprising then, to see it came up with an unashamed and unsubtle iPhone clone. The fact it’s reminiscent of the iPhone doesn’t make it ugly — it actually looks very attractive.

The edges of the rear curve towards the front display, which makes it feel natural in the hand — but it doesn’t allow a firm grip. It doesn’t help that our midnight black variant is quite slippery, too.

The right side features a power button, and on the left is the volume rocker, along with OnePlus’ excellent Alert Slider. It quickly switches between alert notification profiles, and It’s very helpful, allowing you to silence your phone without actually looking at the screen. The slider is textured so you don’t even need to take the phone out of your pocket.

The OnePlus 5 is also really thin and light. The metal body weighs 153 grams and is 7.25mm thick, which is thinner than the 8mm Samsung Galaxy S8, and a tad lighter. On the front, a 2.5D curved piece of Gorilla Glass 5 covers the 5.5-inch, 1,920 × 1,080 pixel AMOLED screen. A fingerprint sensor hides inside the home button. It’s not a physical button, but it offers a pleasing vibration when pressed. The Recents and back button flank the home button — there’s no distinctive icon, but they light up when pressed.

There’s no denying the OnePlus 5 looks like an iPhone; but no, it shouldn’t put you off. It still looks great, the build quality is excellent, it has a 3.5mm headphone jack, and it’s super thin.

When we commented on the OnePlus 5’s accessibility, we were referring to how pleasant the phone is to use. This is due to the Android 7.1.1 Nougat operating system and OnePlus’s own Oxygen 4.5.0 user interface, along with the Snapdragon 835 processor and 8GB of RAM. The OnePlus 5 is a fiery combination of raw ability and careful software tweaks, producing a devastatingly fast yet friendly-to-use smartphone.

An example of this is the camera app. On the LG G6, the Square Camera app — which makes good use of the phone’s wide screen — is a widget, and not built into the main camera app. If it gets deleted, or hidden, you have to know to look for it in the widget menu. The OnePlus 5’s Portrait mode is accessed with a swipe to the left in the main camera app. Swipe to the right for video. That’s it. Simple, and obvious.

The Oxygen user interface is very subtle, and unlike others, doesn’t obfuscate primary Android features. In fact, it’s quite similar to the software experience on the Google Pixel. The app drawer is accessed with an upward swipe, the notification shade is standard, and the icons are minimalist and not over-styled. OnePlus’ Shelf feature is one of the few alterations. It’s hidden to the left of the home screen, and shows handy, glanceable pieces of information, but it can be deactivated if you prefer. Other features include an auto night mode that uses the ambient light sensor to adjust the color temperature of the screen, a blue-light filtering reading mode, a do-not-disturb game mode, and a tap-to-wake option for the screen.

Oxygen OS is fluid, the animations are slick, and we never experienced any slowdown at all. The OnePlus 5 is a joy to use, and it’s not just raw power that makes this possible. OnePlus has implemented a special algorithm that preloads frequently used apps, and shifts resources away from…