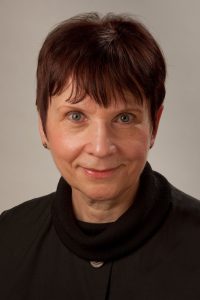 This post by Margaret Wagner of the Library’s Publishing Office first appeared on “Teaching with the Library of Congress,” a blog that highlights the Library’s resources for K–12 teachers.

Describe what you do at the Library and the materials you work with.

I am a senior writer-editor in the Library of Congress Publishing Office, the headquarters of the Library’s general publishing program. We produce books, facsimiles, calendars, coloring books, puzzles and other material based on the Library’s collections and activities—which, given the depth and breadth of the Library’s holdings, is a very broad mandate. Our publications are aimed at a broad, rather than a specialized audience

As my job title indicates, I both edit the work of authors who publish works under the Library’s aegis and write books and other materials. My most recent writing project is “America and the Great War: A Library of Congress Illustrated History,” published on May 30, 2017, by Bloomsbury Press, in cooperation with the Library. One facet of the Library’s commemoration of the 100th anniversary of World War I, it is a sweeping history of the American experience during that era. Books such as this are one more way the Library brings its riches to people across the United States and around the world.

In working on this and other publications, it has been my good fortune—and a wonderful, long-term educational experience—to engage in research not only in the Library’s General Collections (principally secondary sources), but also in many of the Library’s 21 custodial divisions (e.g., Manuscript, Prints and Photographs, Rare Book and Special Collections, Veterans History Project), where I am guided and informed by curators and specialists as I examine primary documents (e.g., original letters, maps and scrapbooks). These materials truly bring history alive!

Do you have a favorite item from the Library’s online collections? 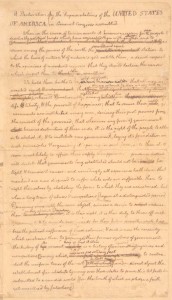 Detail from Jefferson’s rough draft of the Declaration of Independence.

That’s a very difficult question to answer, since so much intriguing material is added to the digitized collections every year. But among all those millions of items, one that has had special significance to me since I first had the thrill of viewing the original document when it was undergoing treatment in the Library’s Conservation Division is the rough draft of the Declaration of Independence, which online visitors to the Library can access via the webpage for the exhibition, “American Treasures of the Library of Congress” as well as the digitized Thomas Jefferson Papers. Written in Jefferson’s hand, with edits by John Adams and Benjamin Franklin, this document is a moving revelation of the philosophical struggles that impelled and attended the birth of the United States. It is also a testament to the continuing and profound importance, in our democratic nation, of ideas and ideals—and their careful expression through well-chosen words.

Share a time when an item from the collections sparked your curiosity.

What comes to mind almost immediately is not a single item but a small group of letters written by a very young and very well-educated Confederate officer during the U.S. Civil War; he became a lieutenant when only 17 years old. The letters are housed in the Manuscript Division’s Miscellaneous Manuscripts Collection, and as I read through them I was very impressed with this young soldier’s courage, his powers of observation, his stoicism when he was a prisoner of war and his candor in letters he wrote to his parents. But the Manuscript Division only holds his Civil War letters, and I wondered how he fared after the war. As it happens, a little digging turned up a genealogy of his family in the Library’s General Collections, and from it I learned that he got safely home, trained as an attorney, married, and he and his wife had several children. Two of his sons went into the military and served in the U.S. Army during the Spanish-American War and in World War I. One of those sons, an engineer, wrote several books, and the Library has copies of five of them. So my curiosity led me to discover the saga of a family represented in different parts of the Library.

Tell us about a memorable interaction with a K–12 teacher or student. 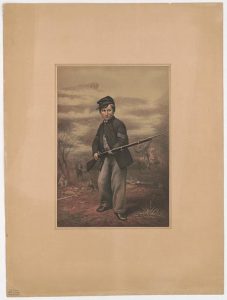 When Cheryl Regan, Michelle Krowl and I curated the Library’s Civil War sesquicentennial exhibition, “The Civil War in America,” I was intrigued by how deeply involved visitors became as they looked at the many different primary materials. Young people, usually going through the exhibition with their parents, seemed particularly intrigued by the medical aspects of the war and by Walt Whitman’s knapsack, which he took with him when he visited hospitals in and around Washington, D.C. They were also intrigued by the story of young Johnny Clem, the famed drummer boy of Shiloh and Chickamauga (who tagged along with a Union regiment at the age of nine), and by the story of an extremely bright and observant youngster from Georgia, Leroy Gresham, whose diaries provide people of today with a unique personal view of the events and emotions he and those close to him experienced during that terrible fratricidal war. These materials helped young visitors realize, I hope, that people of all ages create, bear witness to and reveal history to later generations.

What’s one thing you’d like to tell teachers about the materials that you work with or the collections?

It’s difficult to convey in a short answer the richness and variety of the Library’s collections, spread throughout 21 custodial divisions, and how much they can reveal about almost any topic or era and about cultures around the world. I’ve worked here for many years, and I am constantly amazed. The online resources are wonderful and constantly growing. But there is much to be discovered in the vast majority of the Library’s 165 million-plus items that have not yet been digitized. Teachers who are able to visit the Library will undoubtedly find treasures, unavailable online, that will excite them and enrich their teaching experience.