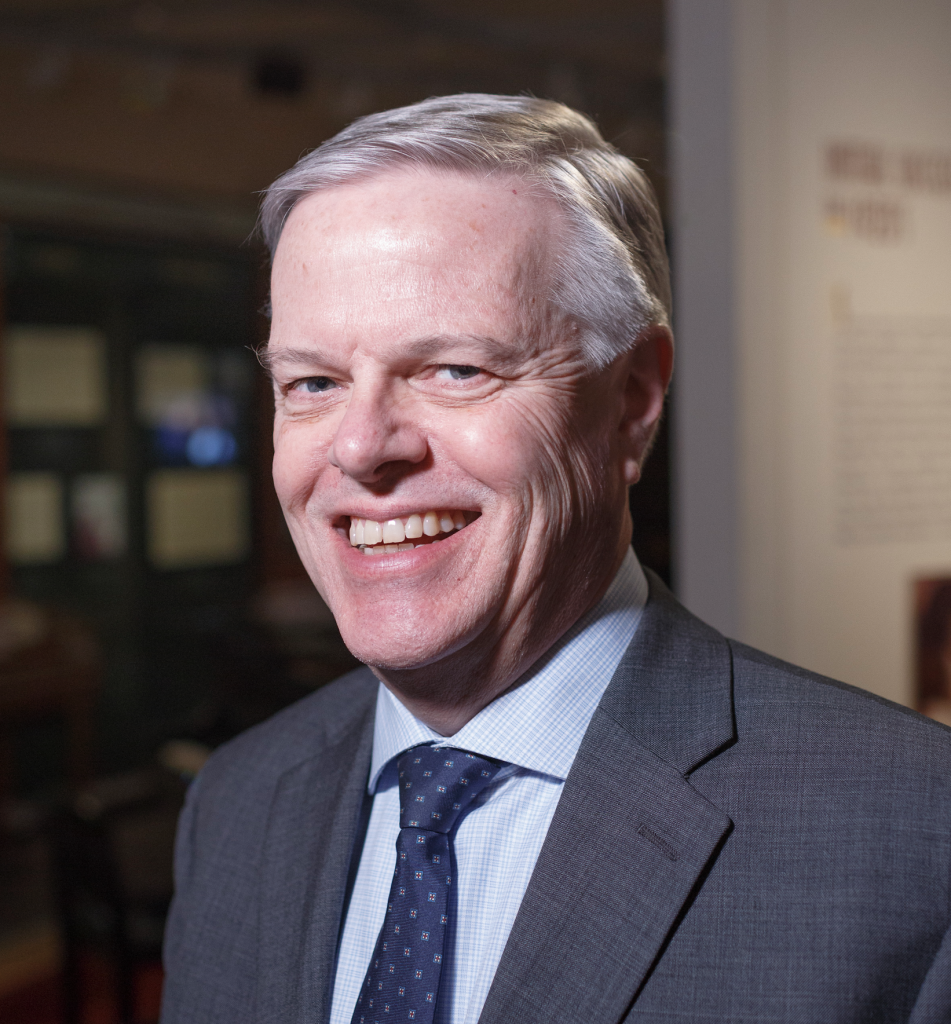 One of the treats of the Library is having Raymond White show you the handwritten, working lyrics of “Do-Re-Mi” from “The Sound of Music,” with words crossed out and added in…and then sing them, showing you how Rodgers and Hammerstein developed the song into the international sensation it became. We asked him about the rest of his job in the March/April edition of the Library of Congress Magazine.

How would you describe your work at the Library?

Fascinating. And varied. Some days, it’s acquisitions — the papers of jazz great Billy Strayhorn, or a collection of long-lost manuscripts of composer Samuel Barber, or holograph scores of Beethoven or Brahms or Franz Liszt or Felix Mendelssohn or Richard Wagner. Other days, it’s exhibitions — preparing materials for loan to other institutions or for exhibit here at the Library. And displays for Music Division concerts and lectures and for Madison Council meetings. And from time to time tours, research orientations and assisting distinguished music scholars and performers in their research. Writing a press release, a blog post, a condolence letter. Variety is a constant, and it’s part of what makes my job endlessly interesting.

How did you prepare for your position?

I began as a childhood musician, taking piano lessons and singing in a children’s choir. I came to the Library with degrees in music and in history and a plan to pursue graduate work in museum studies. After a short time, however, the opportunity to work with the music collections hooked me, and, as the saying goes, I have never looked back. In 1986, I became the first student to complete the then-new music librarianship dual degree program at Catholic University, and I subsequently did additional graduate study in music at the University of Maryland.

What have been some of your most memorable experiences at the Library?

Some have involved the surprises that sometimes accompany acquisitions. Seeing for the first time the lead sheet for the original version of “God Bless America” — which was not known to have survived. Holding in my hands for the first time the holograph manuscript of Rachmaninoff’s two-piano version of his Symphonic Dances. Reading for the first time the previously-unknown letters from George Gershwin to his psychoanalyst. And then there are events which are just by their nature memorable: I have participated in displays of materials for many notable visitors, including French President Macron and Gershwin Prize recipients Smokey Robinson and Paul McCartney, for whom I sang an unused lyric from Irving Berlin’s “There’s No Business Like Show Business”!

Why are the Library’s Gershwin collections important and what are some of your favorite pieces from it?

Those collections are important because of the combination of two factors: the significance of composer George and lyricist Ira coupled with the richness and vastness of the Library’s Gershwin holdings. The Gershwin Collections support research into George and Ira’s careers as well as their lives — what they did, what they thought and who they knew. Among my favorite items from the collection are two letters dating from September 1936, shortly after the Gershwins had traveled to California to write for the silver screen. On Sept. 18, George wrote to his New York secretary: “We are giving a big party Saturday night for [playwright] Moss Hart’s new teeth, he having had all sorts of things done to his teeth with porcelain. We expect about seventy-five people.” And four days later, George reported to a friend, “We had about a hundred of the Hollywood notables all together in our house in honor of the unveiling of Moss Hart’s new teeth. The party lasted until after six in the morning and a good time was apparently had by all.”