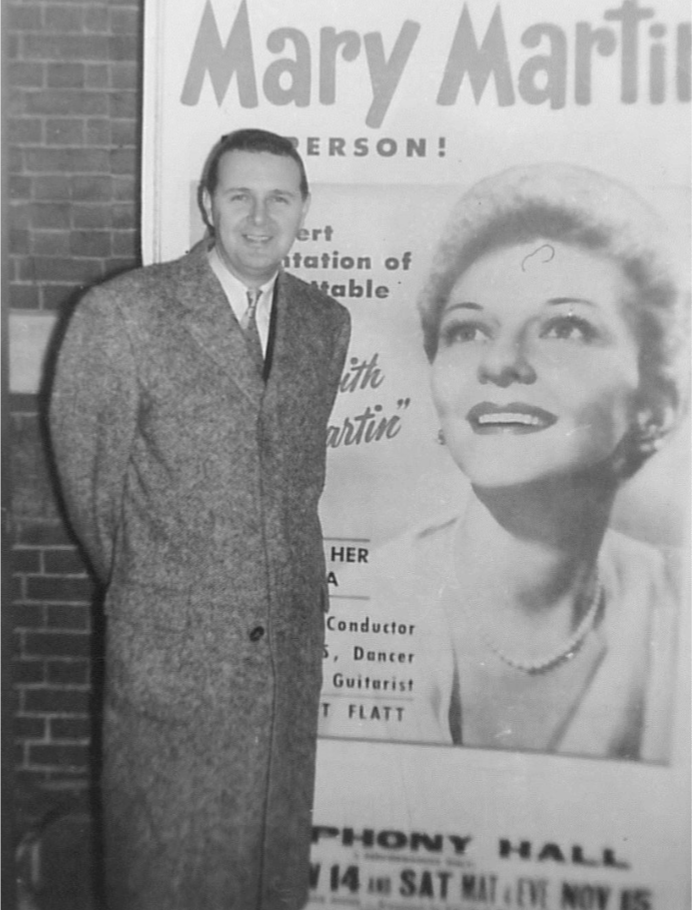 Cary O’Dell at the Library’s National Recording Registry runs our Mystery Photo Contest. He most recently wrote about five solved photos that readers identified from our Thanksgiving edition.

Hey kids, we’re back with another Mystery Photo Contest!

As careful readers of this space know, we’re down to our final 25 mystery photos. Remarkable. We started out with more than 800 unidentified people in a cache of show-biz stills that we obtained several years ago. When we posted our most recent batch in November, you guys stepped up and solved five of them.

So, buoyed by that performance, we’re posting these dozen to see if the eagle-eyed among you can help us put a name to a few more unidentified faces.

1.) Yes, we have identified Mary Martin. (Clever, I know.) But who’s the gent in front of the poster? Your clue: This was taken in Boston in 1958, when Martin was appearing at the city’s Symphony Hall. The photos we obtained in this huge cache are people both in performance and in production, so this could be almost anyone involved with the show. A stage manager? Musician? Producer? The guy who designed the poster? Just a fan? 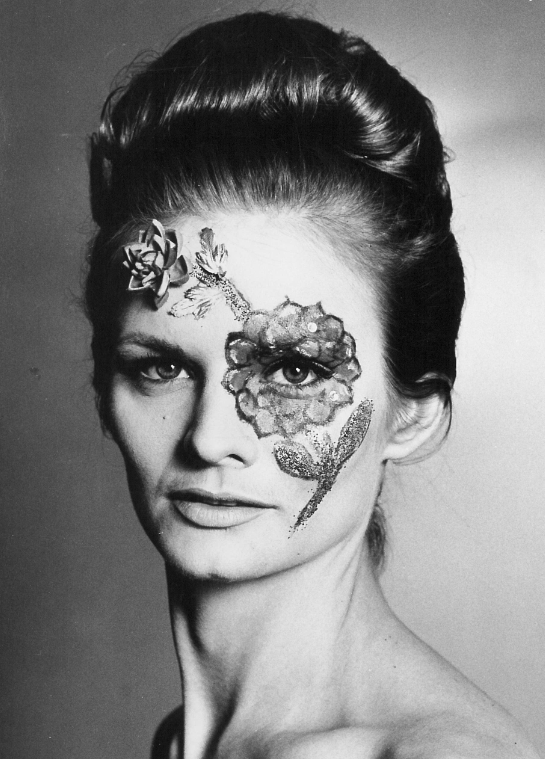 2.) No, this isn’t an outtake from the shoot of the Rolling Stones’ “Tattoo You” album cover. We have a clue for you on this one, too: The photographer was from Ashley & Associates in New York. (They are now out of business.) But we don’t know the woman or what the deal is with her unique 3-D make-up. This could be from an ad campaign, a theater production or movie still, almost anything. Look familiar? 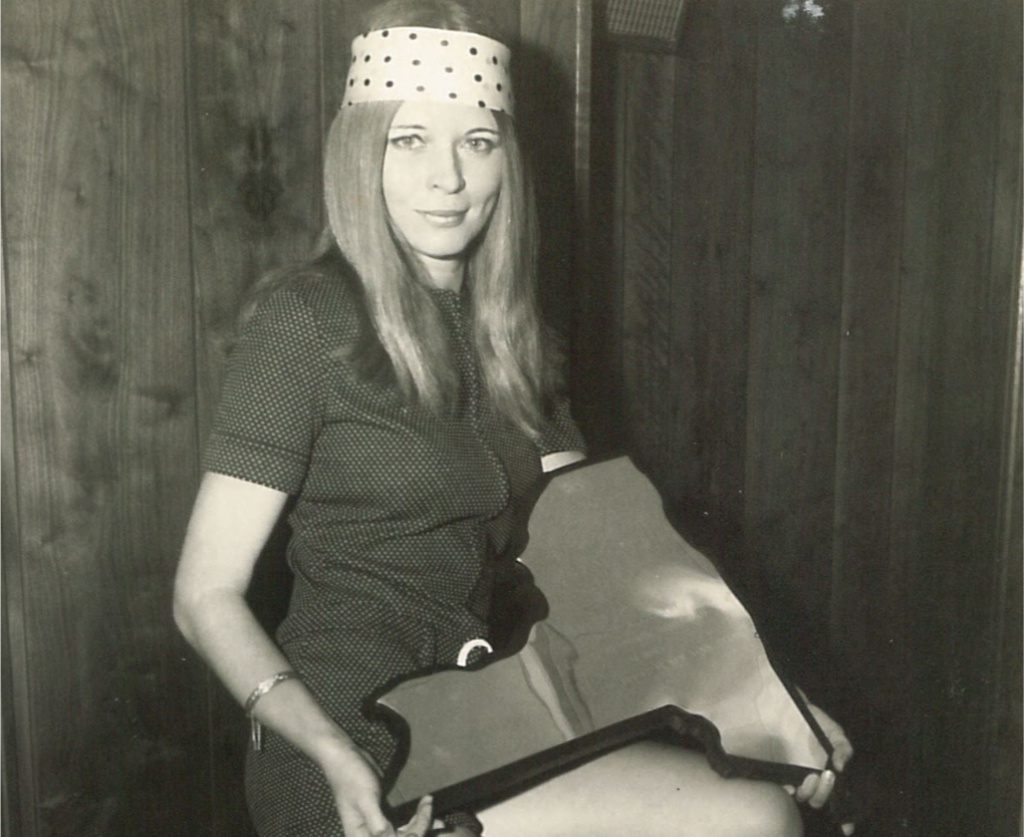 3.) We assume this lady is from New York, given the very subtle clue that she’s holding a huge plaque of the state. Ditto on a guess for a time period of late ’60s to mid ’70s, given the bandana and short dress. She’s not a former Miss New York; we checked. Maybe she’s an athlete who won a state title that came with a weird trophy? And that plaque — is that a reflection in the middle? Or is it highlighting the Finger Lakes region, thus giving us a clue to her identity? 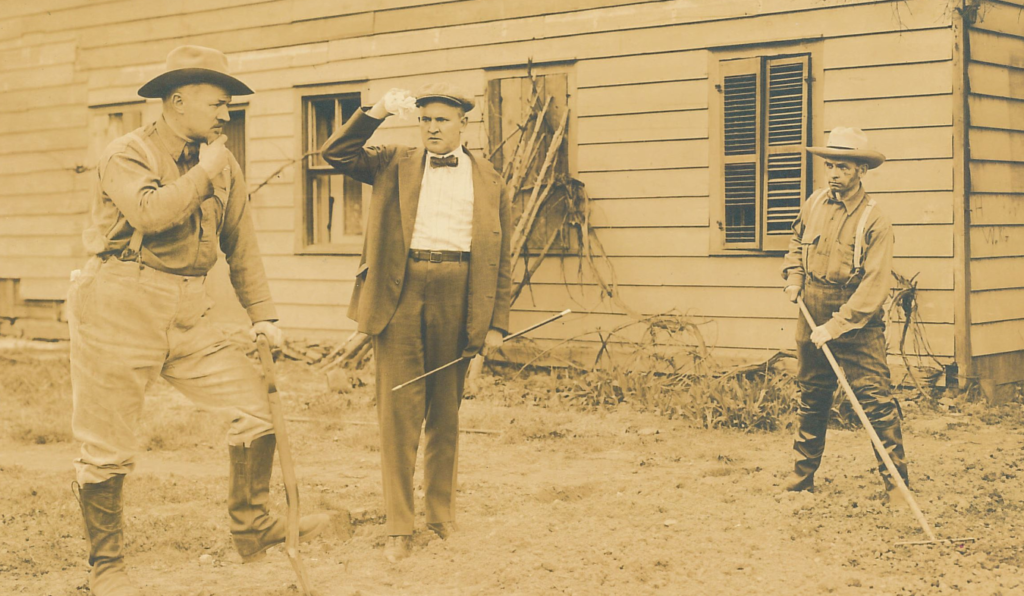 4.) This sepia-toned photo is credited on the back to Katherine Russell Bleecker, one of film’s very first female camera operators. But is this from one of her films? She was active in the silent era, so it’s possible. And who are the men seen here? We’re guessing actors, given the poses, but no way to know for sure. 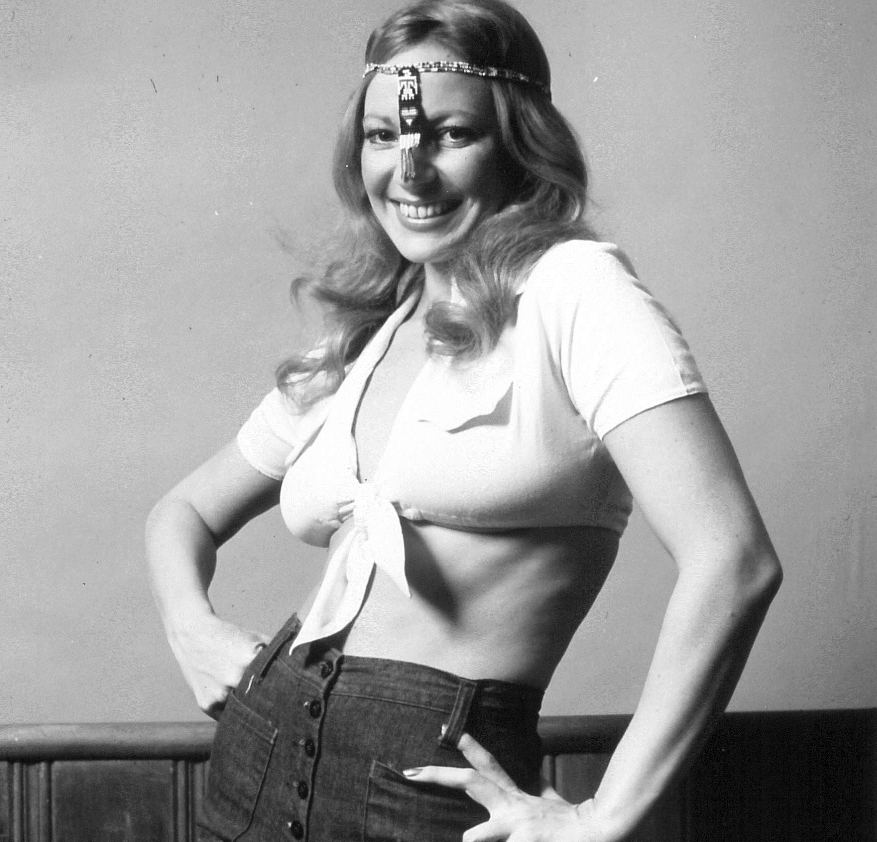 5.) Does this lady not know the proper way to wear a necklace? Was this a hippie-era headband? The bird symbol at the center might or might not have some Native American significance, as it appears to resemble some Native designs. Does it matter that the heart has a band across the middle? The beads, the halter top, the hair — it all suggests the flower-power days of the late ’60s to mid ’70s. In any event, we’d like to know who she is. 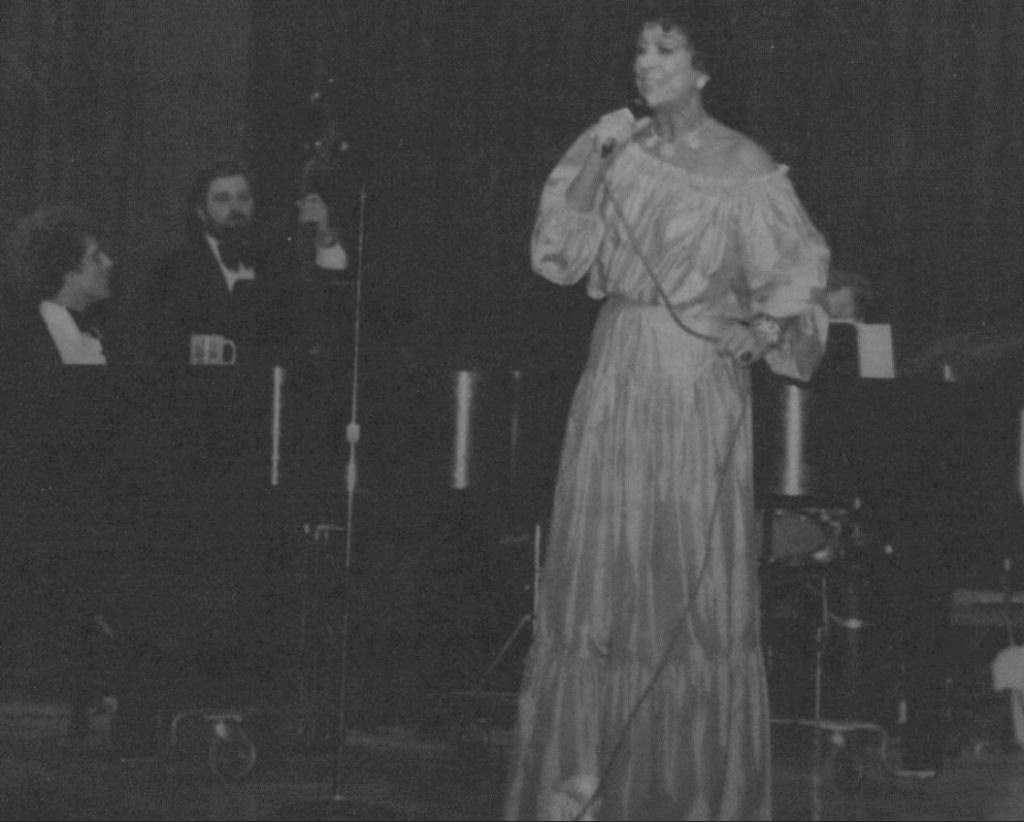 6.) This is a tough one, as there are no clues on the back to give us a start. The gentlemen are in tuxedos, so we’re guessing this is an evening event of some type, but it doesn’t look like it’s on a huge stage. The singer is wearing a nice gown, but it doesn’t really place a specific era. 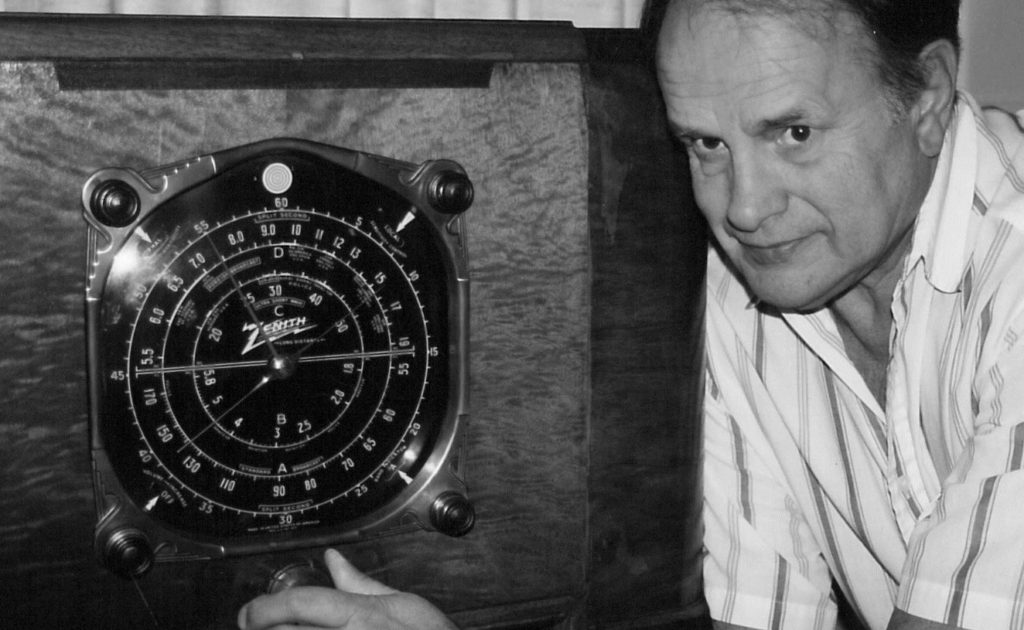 7.) This is brutal. It really could be just a shot of someone’s dad showing off his vintage radio. But it was in a huge collection of show biz photos — maybe he was a broadcaster? A radio executive? Maybe he was being featured on a broadcast? 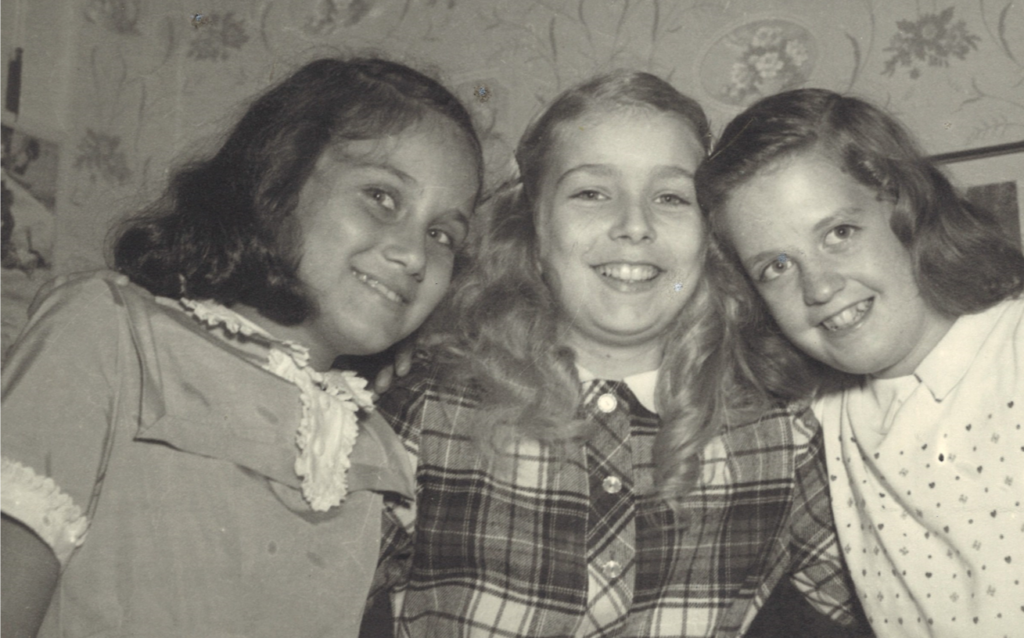 8.) Finally, another one with a clue, and this is a good one. In the center is actress Ann Carter, who was just 8 years old when she appeared in “The Curse of the Cat People” in 1944. That was an RKO horror flick and the sequel to “Cat People,” which was remade in 1982 with Malcolm McDowell and Nastassja Kinski, but you already knew all of that. What we want do want to know is the identity of the the little girls on each side of Carter. They might just be school chums—or were they, too, one-time young stars? 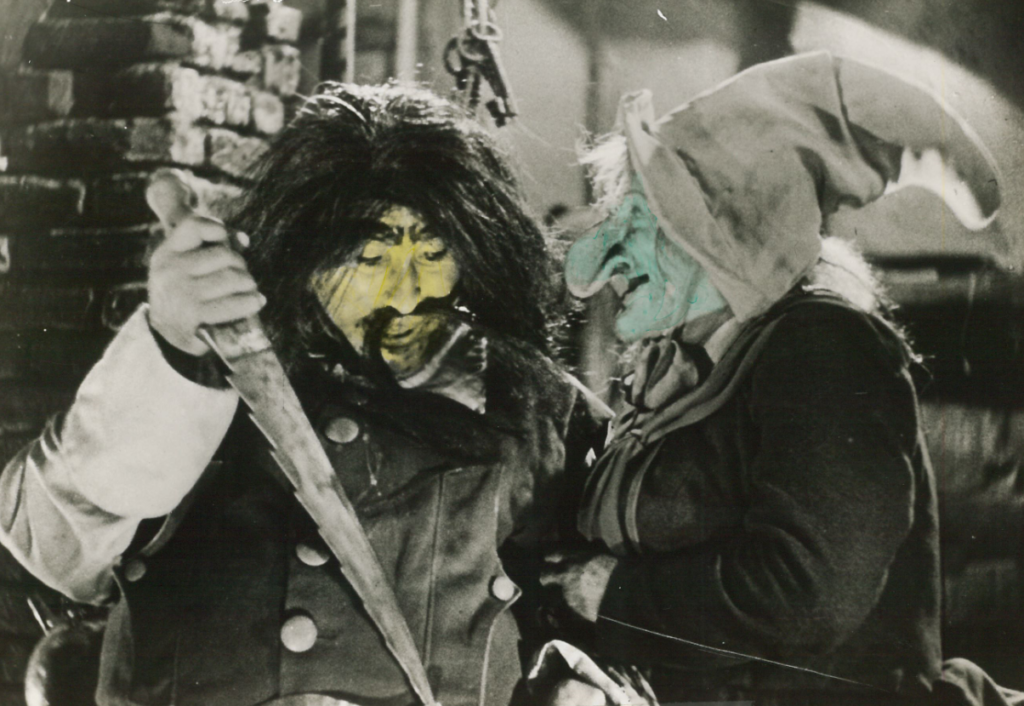 9 .) Quite possibly, this is a production of the Slavic folktale “Baba Yaga.” It’s a cheerful story about a female ogre who kills, cooks and eats people, usually children. (Just like the cannibalistic witch in “Hansel and Gretel” from “Grimm’s Fairy Tales.”) Baba Yaga, though, can fly and eat dead souls. The fence around her hut is lined with human skulls. You get the idea. But can you give a clue as to the production of the show? Or, if we’re way off, a definitive idea about what we’re looking at here? 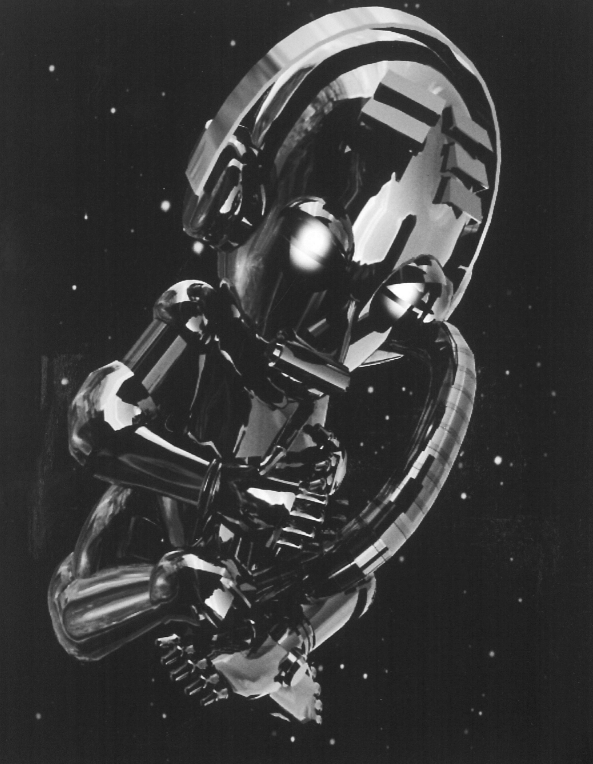 10.) This baby robot illustration almost certainly was inspired by the work of Japanese artist Hajime Sorayama. But it is not by him. (Again, we checked.) Was this in a film? An ad? 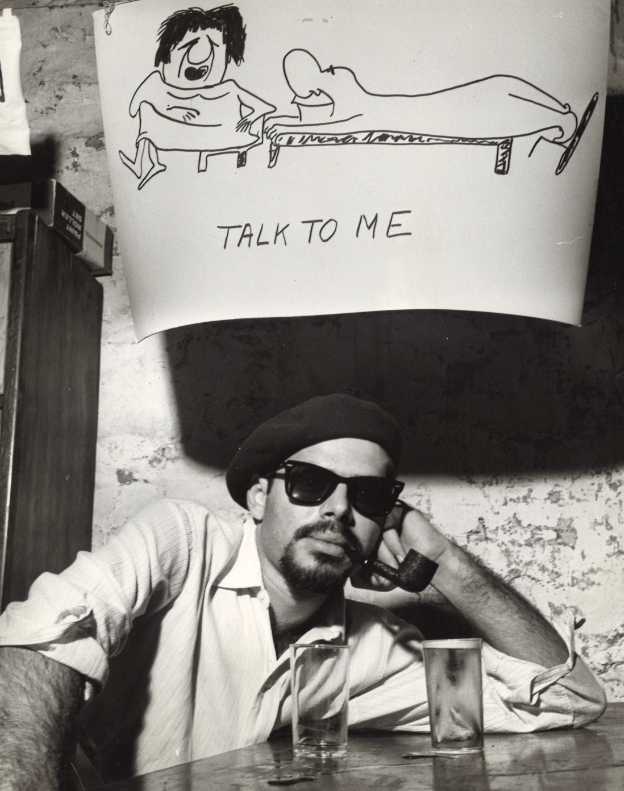 11.) This shot—according to what’s on the back—is from the vicinity of Cincinnati. The cartoon behind the man is by Herb Gardner, but that’s not Gardner in the foreground. Several people have suggested that there is something “I’m Not Rappaport” about the man’s look—might this be from a local theater production of that play? 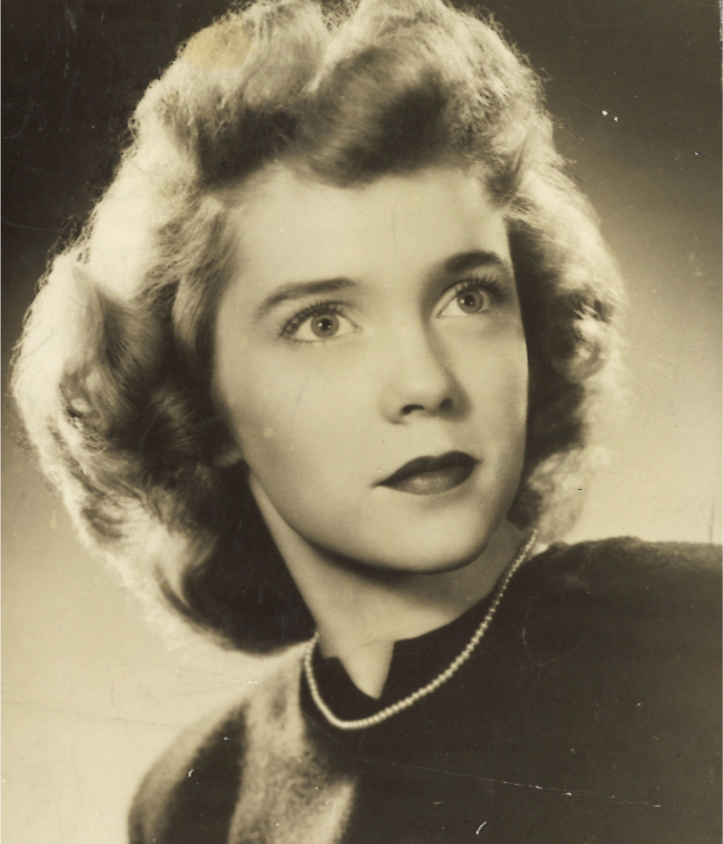 12.) How else could we close but with a mystery woman from yesteryear? This is pretty much the Girl Next Door of your dad’s generation — the nice-but-not-flashy pearls, the high-neck sweater and neatly done ‘do. The info on the back of the picture tells us this young model was represented by the Bradford Agency at 515 Madison Ave. in New York. We’re pretty sure she’s wearing sensible shoes and won’t stay out too late but….who is she?