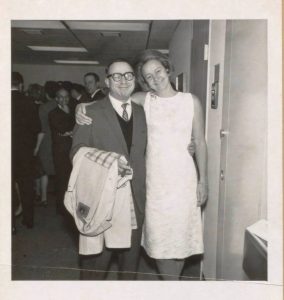 This is a guest post by Barbara Bair, a historian in the Manuscript Division.

In our era, when late-night satiric commentary on the day’s events from the likes of Trevor Noah, Samantha Bee or John Oliver constitutes a cutting-edge source of news for many Americans, or spoofs by the cast of “Saturday Night Live” influence elections and affect the reputations of presidents and their appointees, it is good to remember that political commentary in the United States has, for a long time, held sway in the form of a laugh.

Recent acquisition of the Art Buchwald Papers by the Library of Congress celebrates Buchwald (1925–2007), a master of the genre, whose columns in the Washington Post, syndicated in hometown newspapers across the nation, were first-stop reading for a generation of Americans.

Buchwald was a satirist, poet, columnist, writer, speech giver and friend to many, great and small. He takes his place in an echelon of funny men—from Mark Twain to Robin Williams—who also knew intimately the dark side of life. Buchwald entertained in part to be loved. And because he loved, he entertained. His biting sarcasm and comic send-ups were directed at presidents and members of Congress. He addressed many of the leading stories of his day, from impeachment crisis, to environmental concerns, gun control, drug addiction, depression, nuclear policies and civil rights. 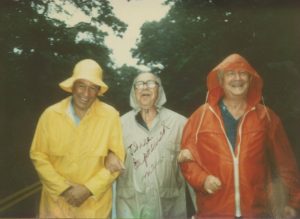 Born in the United States to immigrant Jewish parents, Buchwald showed wit and intelligence, as well as angst, even while a little boy passing through the foster care system. He went on to the Marine Corps, spent time in college and then forged a career for himself as a journalist, first for the Herald Tribune in Paris, and then based in Washington, D.C., with the Post. In 1982, he was awarded the Pulitzer Prize for Outstanding Commentary. His papers will soon grace Library of Congress shelves beside other Pulitzer winners and friends from the world of print journalism—including Katharine Graham, Meg Greenfield, Mary McGrory, Herbert Block and Jules Feiffer—as well as masters of broadcast comedy like Groucho Marx and Bob Hope.

Buchwald’s father, who spoke Yiddish, learned English from reading newspapers. During Buchwald’s youth, the star of radio, film and press was the Cherokee-American Will Rogers, famous for quipping, “All I know is just what I read in the papers,” and “It’s easy being a humorist when you’ve got the whole government working for you.” Buchwald took up the comic mantle in this same politically focused journalistic tradition. He used public appearances, the periodical press and several books as his forum. Like Rogers, Jerry Lewis and others, he utilized his comic celebrity to bring notice to charitable causes and champion tolerance for the handicapped and the rights of the dying, the vulnerable and the disabled. 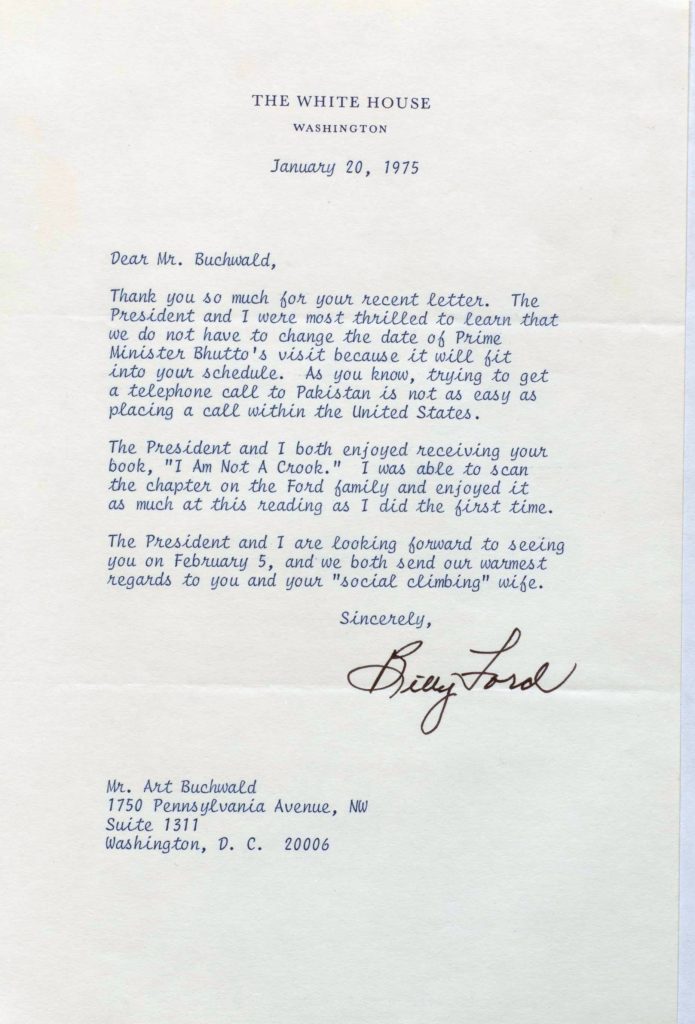 What would Buchwald make of our world of Twitter? It was Buchwald who observed, “The world itself is a satire. All you’re doing is recording it,” and “Just when you think there’s nothing to write about, Nixon says ‘I am not a crook.’ Jimmy Carter says, ‘I have lusted after women in my heart.’ President Reagan says, ‘I have just taken a urinalysis test, and I am not on dope.’”

Buchwald knew a Who’s Who among the nation’s journalists, writers, publishers, broadcasters and entertainers. Carly Simon wrote a song for him when he was dying. Ethel Kennedy gave him a signed copy of the recording of Andy Williams singing at Robert F. Kennedy’s funeral mass. William Styron and Mike Wallace joked with him about being the “Blues Brothers,” all three having experienced clinical depression. And Carol Burnett for a time planned to be buried with Buchwald and other friends on Martha’s Vineyard. First ladies wrote to thank him for making them laugh, or to invite him over to the White House for cocktails. His friend Dr. Seuss (Theodor Seuss Geisel) sent him a hand-edited copy of “Marvin K. Mooney Will You Please Go Now,” with the main character’s name changed to Richard M. Nixon: “Richard M. Nixon will you please go now! . . . I don’t care how./ You can go by foot. / You can go by cow.”