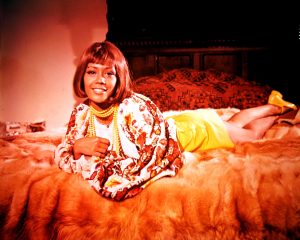 Cary O’Dell at the Library’s National Recording Registry is the maestro of our ever-popular Mystery Photo Contest. He’s back with another round, featuring some of Hollywood’s not-so-famous faces.

Hello my fellow Americans and citizens of the world!

It’s time for a brand new set of old and odd mystery pics! These, like others in the MPC series, came to the Library’s Moving Image section as part of a much larger collection of film, TV and music stills. Most were properly identified…but then there were the stumpers. The ones with no identification. The ones we couldn’t name.

So we need your help. Do any of the people, places or things below look familiar?

A few words of caution:

We are happy to investigate any legitimate guesses, and always report back on success stories. Like this one: The April MPC photo array got cult film aficionado Joe Bob Briggs’ attention. He tweeted it out to his friends and fans. One said that photo #18 looked like Jamaican actress and filmmaker Esther Anderson. We reached out to Ms. Anderson and…. she confirmed it was her! 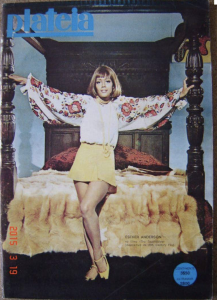 It’s a publicity photo from “The Touchables,” a 1968 British romp about love and sex in the rock scene of the era. Anderson, whom the BBC dubbed “the Caribbean’s first lady of film and music” in 2007, has had a career as an accomplished actress, model, photographer and businesswoman. She starred opposite Sidney Poitier in his 1973 film, “A Warm December.” She was also present at the creation of Bob Marley and the Wailers, filmed their first rehearsal, and her 2011 film using her long-ago footage, “Bob Marley: The Making of a Legend,” won multiple awards. Now 72, she’s living in London and Paris. Thanks again to Joe and friends for picking her out!

Here you go with the new round. Good luck to one and all!