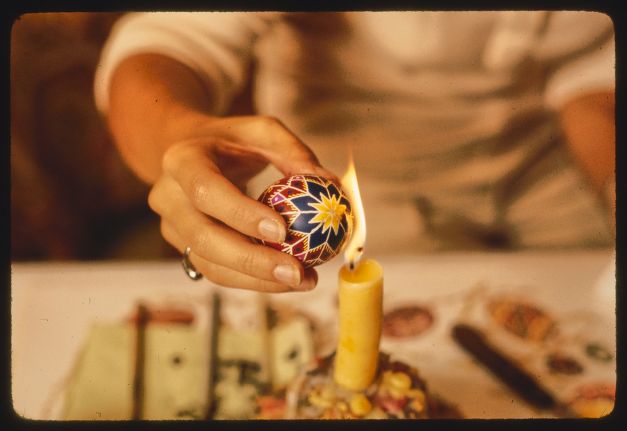 This is a guest post by folklife specialist Ann Hoog.

A Rhode Island woman puts the finishing touch on a Ukrainian Easter egg, or “psyanky,” demonstrating one of the traditions documented in the Rhode Island Folklife Project Collection.

The American Folklife Center is pleased to announce the online release of the Rhode Island Folklife Project Collection.

Between 1977 and 1997, the AFC conducted 25 ethnographic field projects and cultural surveys in various parts of the United States, resulting in a rich body of visual and aural documentation of our nation’s cultural heritage. In celebration of its 40th anniversary in 2016, the AFC set the goal of making all the survey collections available online.

So far, in addition to the Rhode Island project, the AFC has released the Chicago Ethnic Arts Project Collection, the Montana Folklife Survey Collection and the South-Central Georgia Folklife Project Collection. By the time all the collections are online, over a quarter-million new items will have been added to the Library’s digital collections. 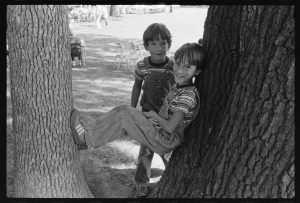 Among the photographs are more than 9,000 by photographer Henry Horenstein, one of the fieldworkers. From occupational settings to picnics to Pawtucket Red Sox games, Horenstein’s wonderfully framed photos are a highlight of the collection.

Sound recordings include interviews, plays, music, dance and church services, such as a September 16, 1979, service at Mother Key’s Memorial Church of God in Christ in Newport, Rhode Island. Listen to it here:

In addition to this church service recording, the collection includes an interview with Mother Key (Reverend Margie Key), a radio broadcast of one of her sermons and more than 300 related photographs.