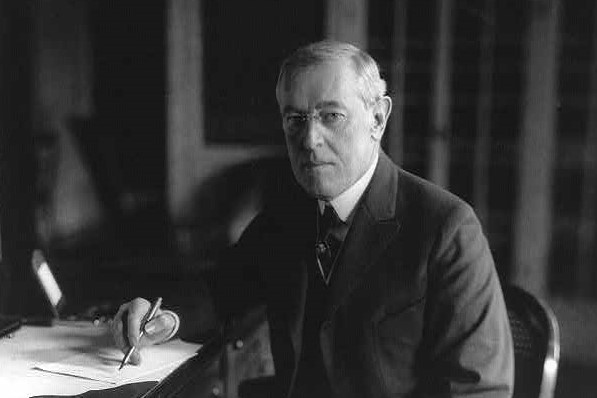 Woodrow Wilson, a man in love. Prints and Photographs Division.

This story first appeared in the Library of Congress Magazine.

Yet, late on May 7, 1915, the recently widowed president penned these words to Edith Bolling Galt, days after confessing his love for her: “I know you can give me more, if you will but think only of your own heart and me, and shut the circumstances of the world out.”

That day, the circumstances of the world were weighing heavily on Wilson’s mind. Earlier, a German U-boat had torpedoed the British-owned luxury liner RMS Lusitania, killing 1,195 people, including 128 Americans. Wilson spent his afternoon and evening receiving updates about the horrific attack that threatened U.S. neutrality in a war that had already engulfed Europe and would eventually draw in the United States.

Researchers using Wilson’s papers at the Library may be surprised to encounter the private — and passionate — Wilson behind the formal and somewhat aloof public figure they recall from history books or World War I-era film footage.

“I must do everything I can for your happiness and mine,” Wilson continued. “I am pleading for my life.” 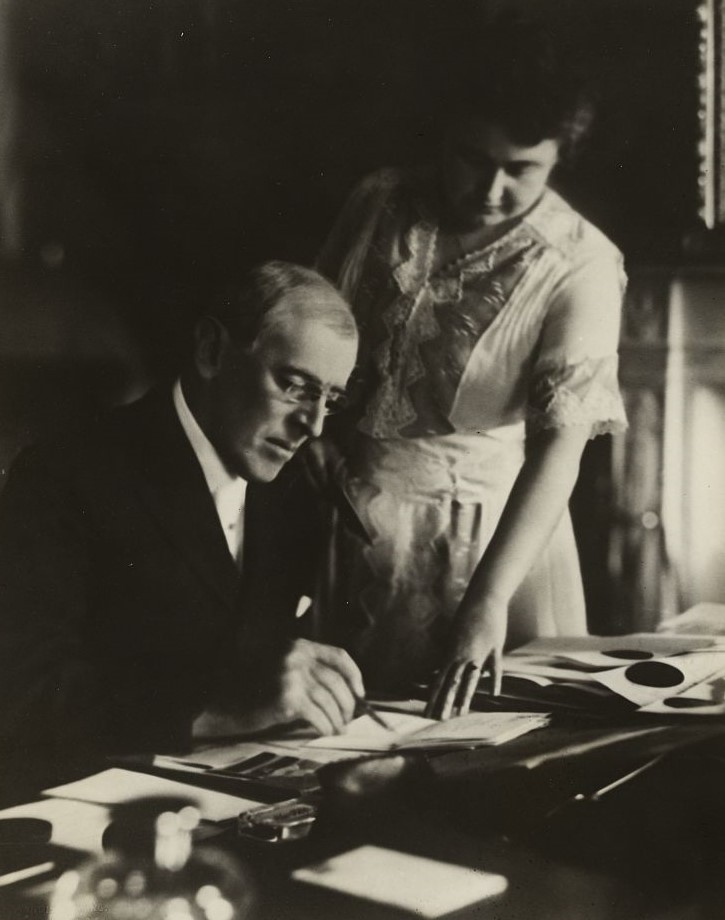 Wilson’s plea apparently was persuasive: He and Galt, a wealthy Washington, D.C., widow, married before the year was out.

The Library’s collections of presidential papers hold some of the most important manuscript treasures in the nation, but they also shed light on the daily lives of the leaders and the inner circle of family, staff and confidants who helped mitigate the isolation every president feels.

Those collections are more accessible than ever before: All 23 sets of presidential papers held by the Library — a total of more than 3.3 million images — now are available and searchable online, an accomplishment more than two decades in the making.

“Arguably, no other body of material in the Manuscript Division is of greater significance for the study of American history than the presidential collections,” said Janice E. Ruth, the division’s chief. “They cover the entire sweep of American history from the nation’s founding through the first decade after World War I, including periods of prosperity and depression, war and peace, unity of purpose and political and civil strife.”

They also reveal the personal side of these great figures.

There’s a small paperbound book recording Washington’s expenses in 1793–94 and receipts from Chester A. Arthur’s household (including for immense quantities of alcohol and cigars, likely purchased for entertaining). There are love letters from Grant to his wife Julia Dent Grant; James A. Garfield’s final diary entry, the day before his assassination in 1881; and details of the aftermath of the death of Maj. Archie Butt, an aide to Presidents Theodore Roosevelt and William Howard Taft who died in the sinking of the Titanic in 1912.

A bereft Taft told mourners at a memorial service for Butt that, because a president’s circle is so circumscribed, “those appointed to live with him come much closer than anyone else.”

The Library’s collection of presidential papers begins with George Washington and ends with Calvin Coolidge. The National Archives and Records Administration, founded in 1934, administers a system of geographically dispersed presidential libraries that house and manage the records of presidents from Herbert Hoover onward.

The Library doesn’t hold the papers of all 29 presidents before Hoover. The papers of John Adams and John Quincy Adams, for example, are at the Massachusetts Historical Society, and the Ohio Historical Society holds those of Warren G. Harding. Rutherford B. Hayes’ family retained his papers and opened a library in 1916 at his home in Fremont, Ohio.

But the collections the Library possesses, acquired through donation and purchase, are of such high value that Congress enacted a law in 1957 directing the Library to arrange, index and microfilm the papers for distribution to libraries around the nation, an enormous job that concluded in 1976.

When it became possible to digitize collections in the mid-1990s, microfilm editions of presidential papers were among the first selected for scanning. Between 1998 and 2005, the papers of Washington, Jefferson, James Madison and Lincoln were digitized and put online: What once was available only on clunky microfilm machines became accessible to anyone with an internet connection.

Several years later, work resumed on digitizing the Library’s remaining presidential papers and, eventually, to migrate already-digitized collections to the Library’s updated web platform, which enables easier access, including on mobile devices. Some original documents were rescanned in high resolution at that time, and others — those not captured in the microfilm editions, along with documents subsequently acquired — were added. 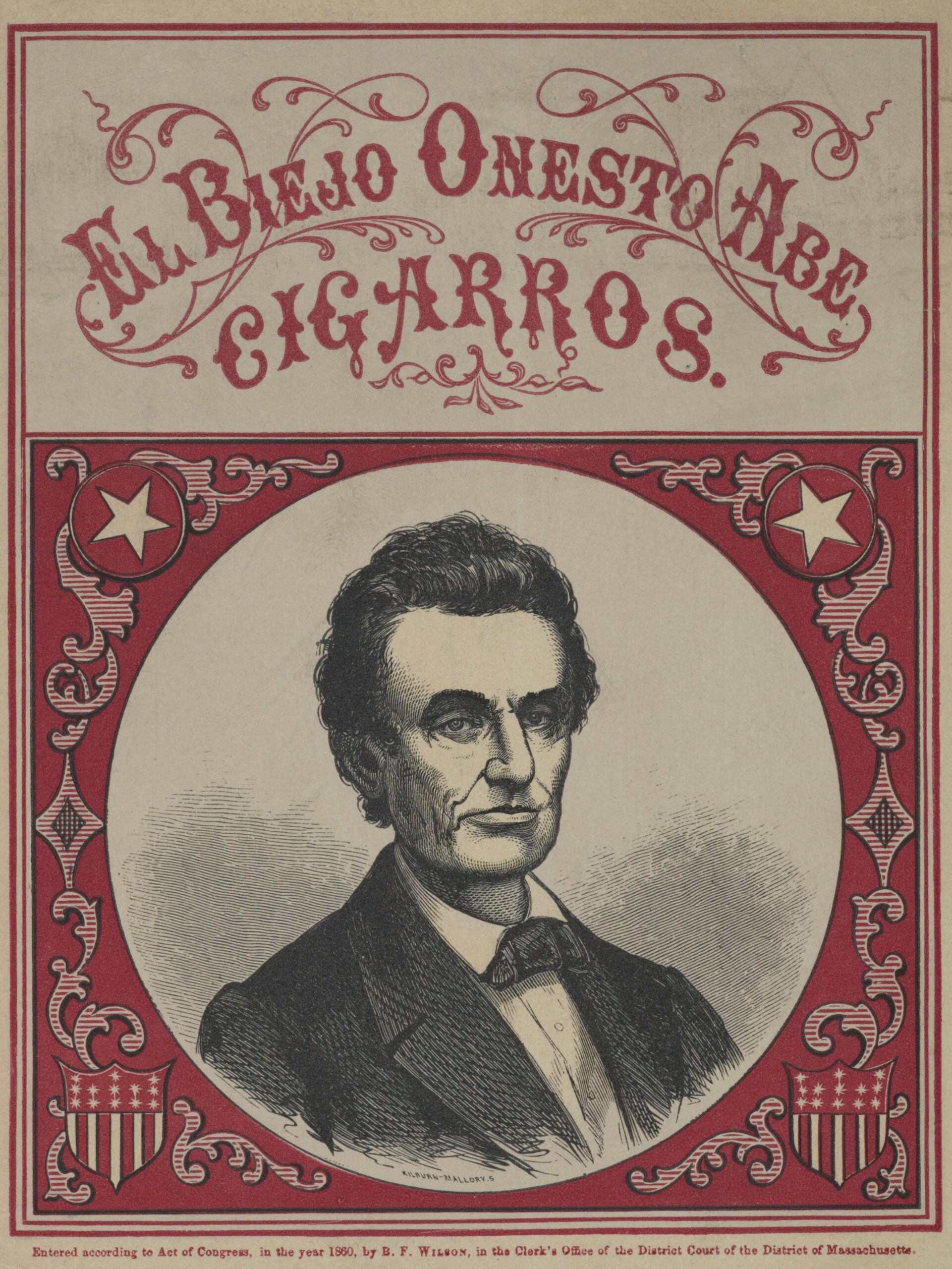 In 2017, for example, the Library made a reading copy of Lincoln’s second inaugural address showing his editorial changes available on its website for the first time (it was not included in the microfilm edition), as well as a cigar-box label from his 1860 presidential campaign rendering his “Honest Old Abe” nickname in phonetic Spanish.

During just the past fiscal year alone, about 1.5 million new images were made available online, culminating in the release over the summer of the collections of Benjamin Harrison, Grover Cleveland, Coolidge and Taft.

Taft’s papers, consisting of 785,977 images, are the largest among the Library’s presidential papers, perhaps befitting a man who stood around 6 feet tall and weighed well north of 300 pounds. Wilson’s papers are the second biggest (622,211 images), followed by Theodore Roosevelt’s (462,638 images).

The mammoth feat of making all these collections available online involved many hours of labor by staffers and contractors at the Library.

“As they say, it takes a village,” Ruth said.

All the work was, however, well worth it.

Charles Calhoun is one such historian. Calhoun has used the Manuscript Division’s collections for 50 years and last year consulted the presidential papers of Garfield, Andrew Johnson, Harrison and Grant online.

The availability of these papers online, he said, is a godsend in an era of shrinking academic research budgets and dwindling travel funds — difficulties compounded by the COVID-19 pandemic and its attendant restrictions.

“The Library’s decision to offer these indispensable resources online represents a tremendous boon to scholarship,” Calhoun said. “It is a service that has rapidly become not merely conducive but vital to the advancement of historical scholarship.”