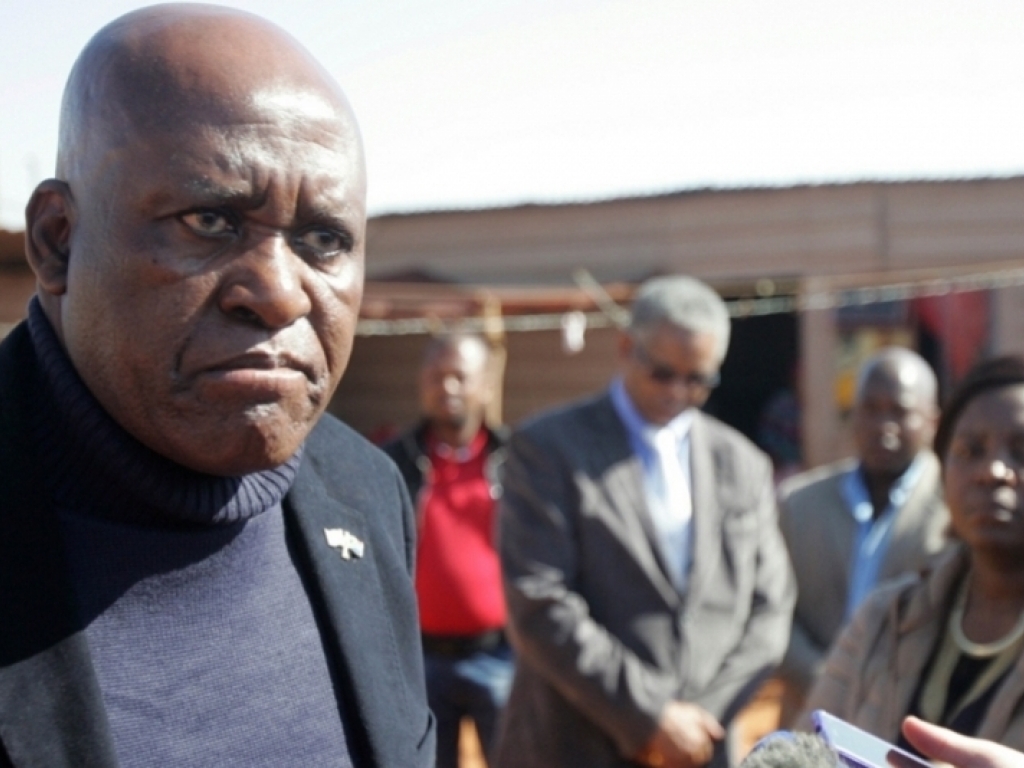 Lieutenant-General Berning Ntlemeza, former head of the Hawks, has approached the Pretoria High Court to issue a restraining order against Police Minister Fikile Mbalula for his “abrasive escapades” against him.

Lieutenant-General Berning Ntlemeza, former head of the Directorate for Priority Crime Investigation (Hawks), has approached the Pretoria High Court to issue a restraining order against Police Minister Fikile Mbalula for his “abrasive escapades” against him.

Ntlemeza filed the application on Tuesday, saying that the police minister has been interfering in his ability to do his job by claiming that he was no longer head of the elite investigation unit.

He is asking the court to issue an order to stop Mbalula from embarrassing‚ humiliating and ridiculing him in public. Last week, the high court granted an enforcement order against Ntlemeza, which ruled that he is not fit to hold public office and may no longer lead the Hawks. Ntlemeza has appealed the ruling, and his legal counsel, Comfort Ngidi, has contended that since the appeal has been lodged, the judgement against his client would thus be suspended pending the outcome of the appeal. Mbalula responded on Tuesday, saying that Ntlemeza is not allowed to return to work. Speaking at the South African Police Service’s training academy in Pretoria, Mbalula further demanded that Ntlemeza return a state-owned car and cellphone, warning him that there was “a new sheriff in town”, TimesLive reports. “If General Ntlemeza‚ let me make that clear‚ is not going to return state property peacefully‚ we will retrieve it forcefully by law from him. If it means I must send the task force or the intervention unit because he is armed and dangerous‚ I will do it‚ because the law permits me to do it,” Mbalula warned.