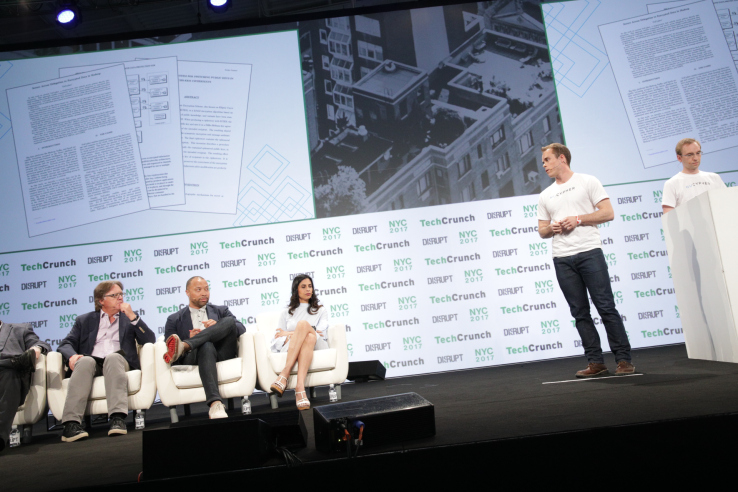 After spending time at a London fintech accelerator last year, enterprise database startup ZeroDB scrapped its first business plan and mapped out a new one. By January this year it had a new name: NuCypher. It was no longer going to try to persuade enterprises to switch out their Oracle databases — but rather to sell them on a specialized encryption layer to enhance their ability to perform big data analytics by tapping into the cloud. Its slogan: body armor for big data.

“It’s a combination of cloud and big data,” he says of the underlying drivers which the team reckons are creating a need for the technology. “Now all of a sudden you’re working in computing environments that are distributed across hundreds or thousands of machines, and that could be spanning both some on-prem, some private and even public cloud. And that sort of scenario presents a lot of new and different security challenges.”

Instead of building an open source end-to-end encrypted database, NuCypher is selling a proxy re-encryption platform for corporates with large amounts of sensitive data stored in encrypted databases to let them securely tap into the power of cloud computing. An idea that might need a bit of explaining to appreciate, but one that’s grounded in a genuine need — at least based on what NuCypher’s early banking partners are telling it.

On the competitors front Wilkison names the likes of HP-owned Voltage and Protegrity as the largest existing players in the space. Albeit, he says they’re both doing tokenization of data, whereas NuCypher reckons proxy re-encryption technology offers greater security for certain types of data.

Unlike some other approaches to processing big data in the cloud, he emphasizes that NuCypher is not using tokenization to mask any data — arguing this is necessary for the target customers because certain types of data when masked with tokens can be vulnerable to statistical attacks.

So while the team’s early ideas focused mostly on looking at data archiving and encryption to enable banks to make use of cloud storage, he says the business was pulled onto its current rails after banks asked if they could apply the encryption tech the team had been building for data archiving to big data cloud processing.

Safe to say, this mini pivot is a familiar story for enterprise startups — after all, who knows better the business needs than the target customers?

“When we originally started the company, my co-founder and I had built an open-source database and then an encrypted database that allows you to operate unencrypted data without sharing encryption keys with the database server… What the banks were particularly interested in was taking some of what we had built for that and applying it to more compute-heavy type of workloads,” says Wilkison.

“After a period of talking to customers… we took some of what we had built for that and made it into a more generalized encryption layer for different platforms — specifically for the big data space. So Hadoop, Kafka and Spark.”

So what is proxy re-encryption — aka NuCypher’s “secret sauce,” as Wilkison puts it — and why is the technique useful for banks?

He gives the example of a person who has some encrypted files stored in Dropbox. If they want to share the files with someone else that could be achieved by downloading them, decrypting them with their key and then re-encrypting them with the public key of the person they want to share with. But obviously — at scale — that’s a pretty network-intensive and cumbersome process.

Even more naively, this person could just share their private encryption key with the person they want to share the file with. But then they’re abandoning all control of their security.

Clearly neither scenario is ideal for NuCypher’s target customers — with their vast lakes of sensitive, highly regulated data. This is where NuCypher reckons proxy re-encryption can step in to offer an edge.

“What I can do with proxy re-encryption that’s much more elegant and secure than either of those alternatives is I can basically delegate access to my encrypted data to someone else’s public key,” he adds.

The platform creates a re-encryption token off of the public key of the entity with whom its customers wants to share data. That token can then be uploaded to the cloud where the third party can access it — in turn enabling them to decrypt and access the data.

Wilkison says re-encrypted tokens can be created and used to delegate access to “as many people as I like.”

Ensuring compliance with regulations around the processing of sensitive data — data such as a bank or healthcare company might hold — is one key selling point for the platform.

He points to a regulation like HIPAA, which sets standards for protecting healthcare data, as…