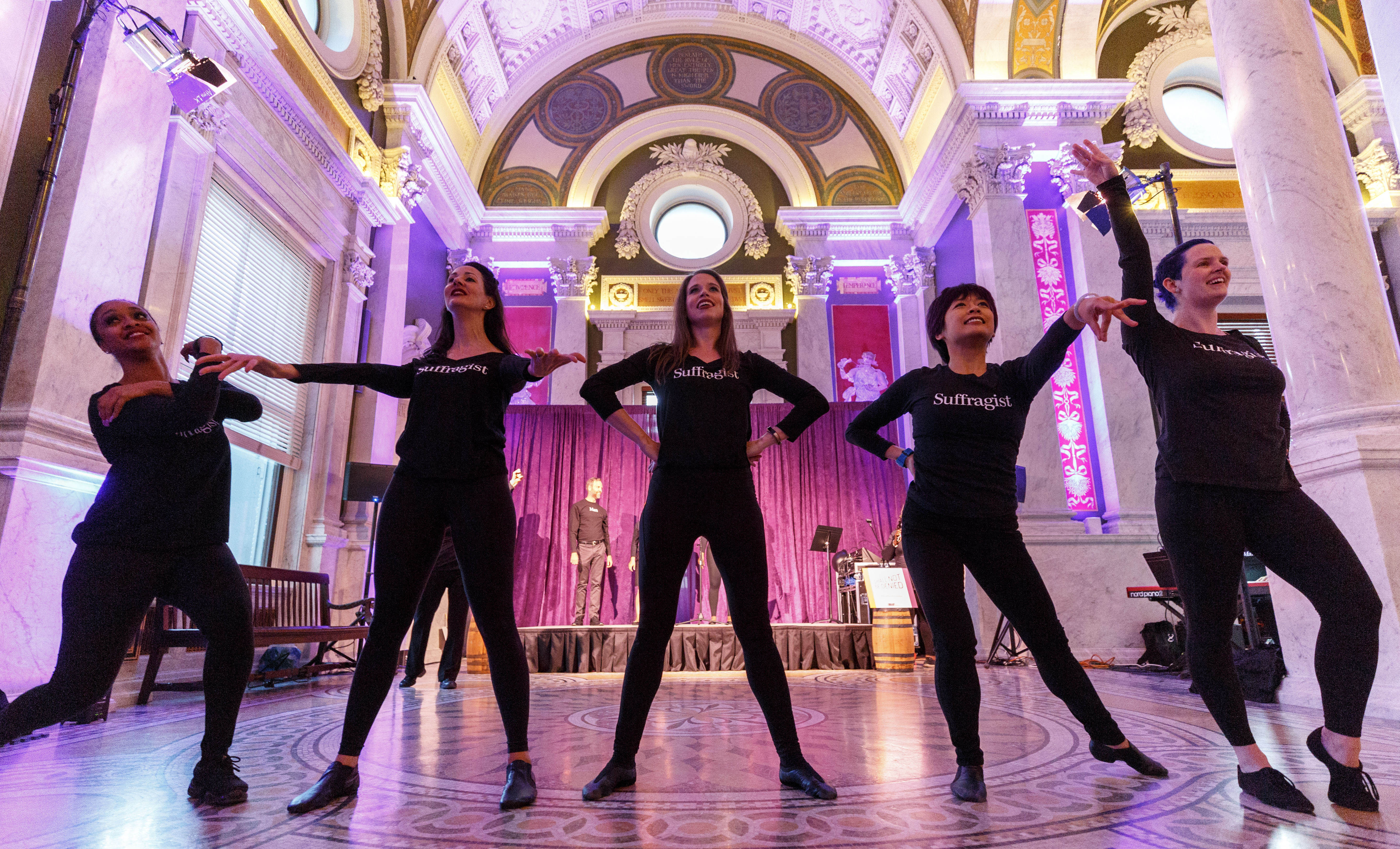 Cast members of “19: The Musical” perform during the “Shall Not Be Denied” exhibition opening. Photo: Shawn Miller.

This week marked the 100th anniversary of the 19th Amendment, which gave women the right to vote and changed American life and politics. The Library, repository of the papers of many key players in the suffrage movement, opened a yearlong exhibit about that struggle, “Shall Not Be Denied,” with a gala on June 4, the anniversary of the amendment’s ratification by the U.S. Senate in 1919. Cast members from the upcoming musical, “19,” gave the crowd a taste of the drama in music.