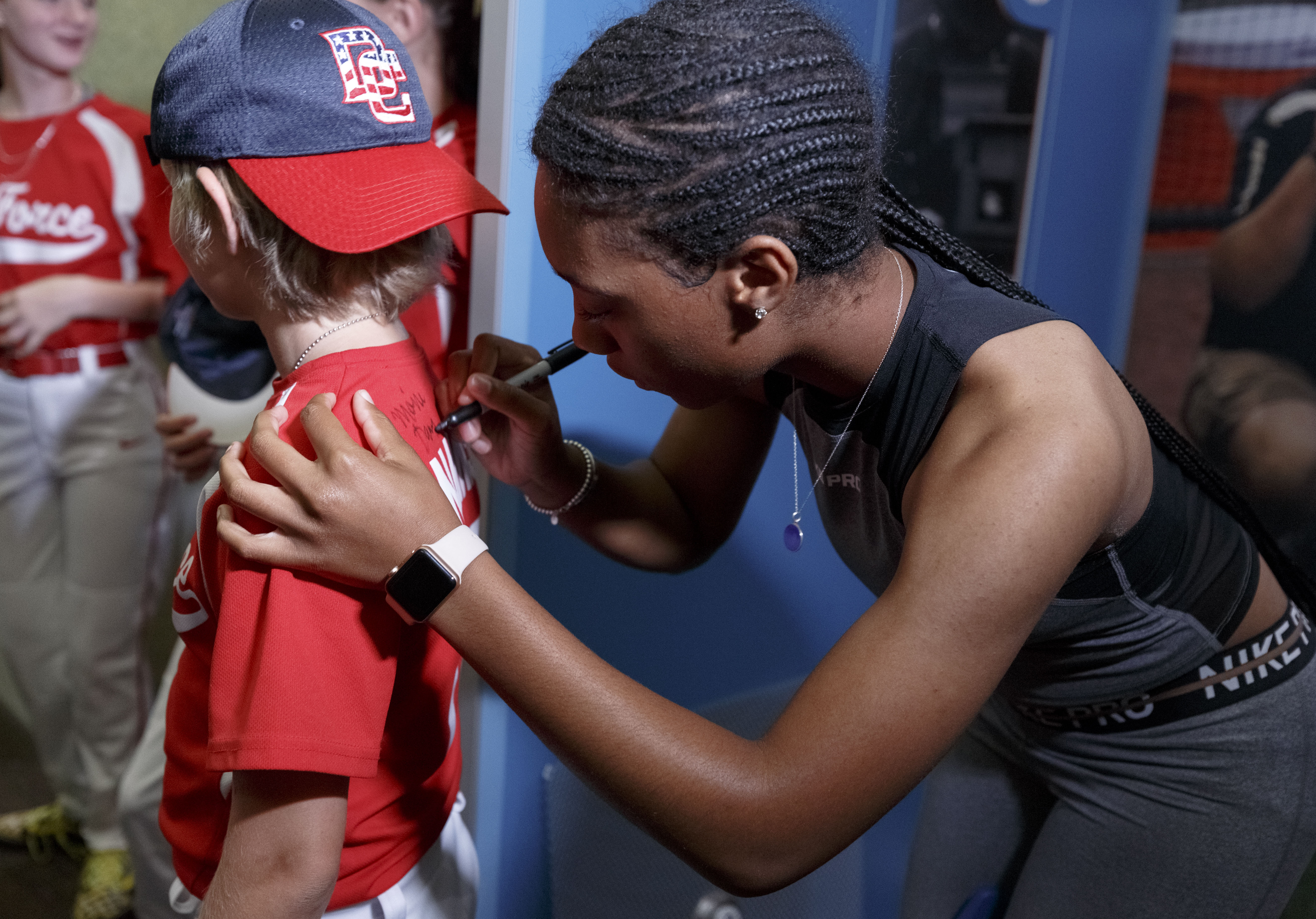 Mo’Ne Davis, the pitcher who rocketed to fame behind a historic shutout victory in the 2013 Little League World Series, stopped by the Library’s Baseball Americana exhibit this week. She’s 18 now, five years older and a lifetime removed from that summer when Sports Illustrated put her on the cover after becoming the first girl to win a LLWS game. She’s learned to deal with fame, injuries and expectations. She’s toured civil rights sites and gained a deeper understanding of the world around her. And now she’s off to study sports media and play softball at Hampton University.

At the Library, she signed autographs (on jerseys and baseballs), met with fans and introduced a showing of “A League of Their Own.” “I hope I encourage people just to be themselves, no matter what happens,” she told a Washington Post reporter during the visit. “But I think it’s pretty cool that I’m in this spot to do this.”