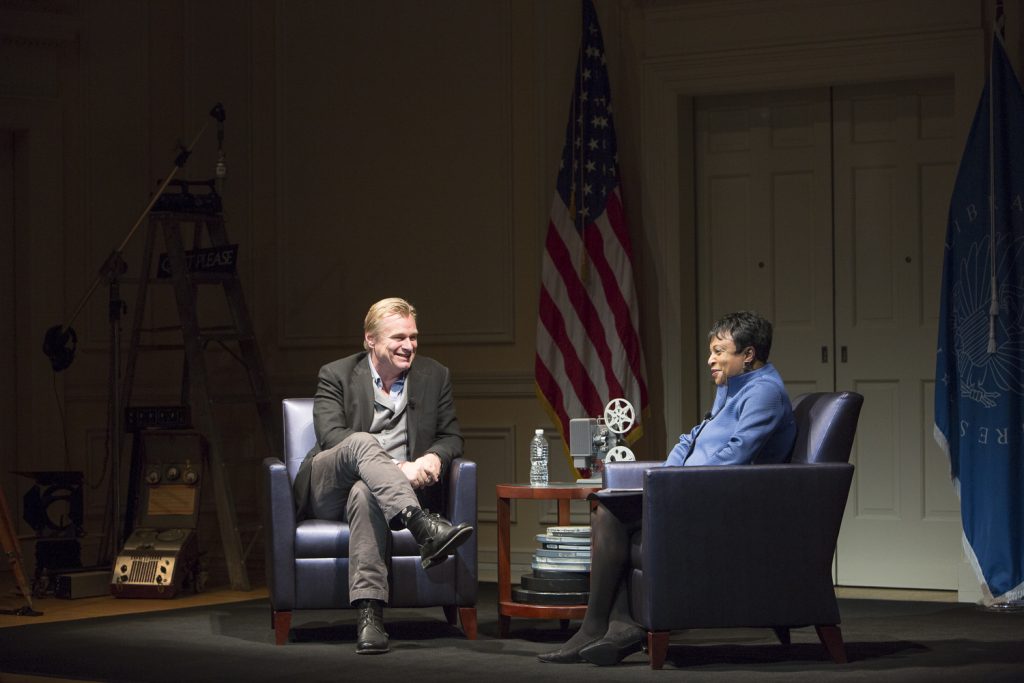 Celebrated filmmaker Christopher Nolan, left, joined Librarian of Congress Carla Hayden in the Coolidge Auditorium on November 2 in a conversation about his personal experiences directing, writing and producing some of the most popular and acclaimed movies in cinematic history, including his latest, the World War II epic “Dunkirk.” He also spoke about the importance of film preservation and commented on topics including the value of continuing to shoot film in a post-digital age and the theatrical experience of it.

The event was one of several the Library is hosting this week to further its mission to celebrate and preserve America’s audiovisual heritage. Nolan is a member of the National Film Preservation Board and has been outspoken about the importance of film to our cultural history.

“As a member of our National Film Preservation Board, Christopher Nolan is a strong advocate for the preservation of this important part of our cultural history,” said Hayden upon announcing the event. “We’re proud to work with him and the entire film community—including writers, directors, actors, studio executives, theater owners and archivists—to make a lasting contribution to film preservation.”