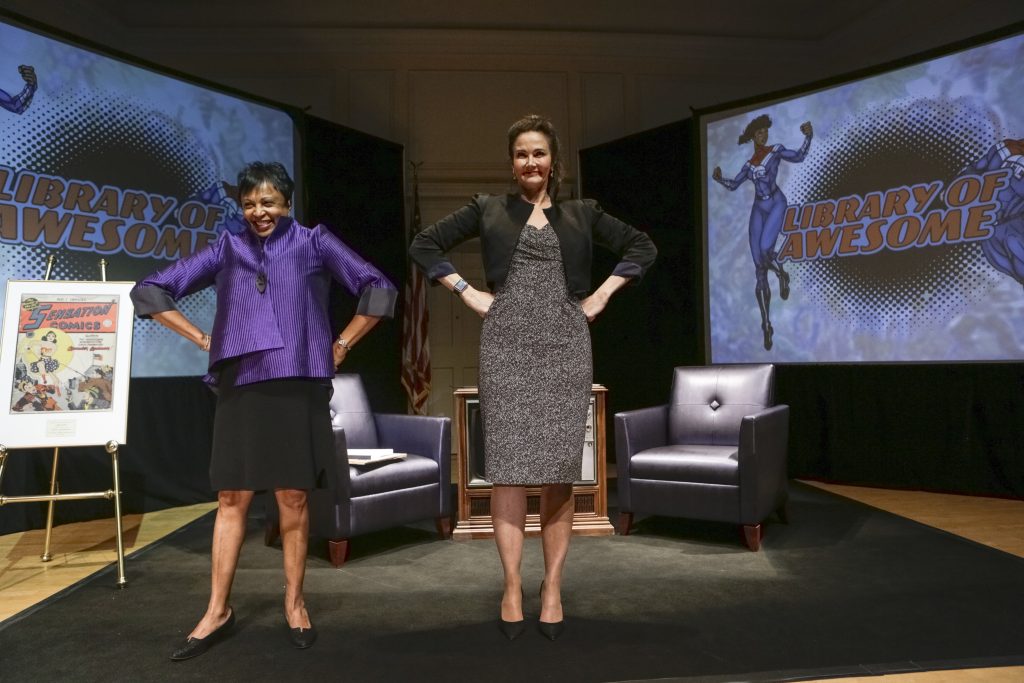 Lynda Carter (right), the famed actress known for her role as Wonder Woman, talked comics with Librarian of Congress Carla Hayden on June 14 in the Library’s Coolidge Auditorium.

From June 14 through 17, the Library is celebrating the world of comics with its “Library of Awesome” pop-up exhibit and other programming being presented in conjunction with Awesome Con, Washington, D.C.’s annual convention of comics, cosplay and pop culture.

If you’re in Washington, come to the Jefferson Building of the Library between 10 a.m. and 4 p.m. to see the fantastic display for yourself!

Details about the display and other programming are available here.