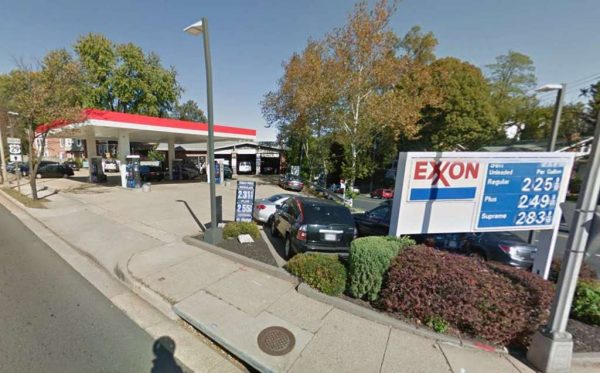 Arlington’s Cherrydale neighborhood appears to be the latest target of the skimmer scammers.

Maywood listserv lighting up with reports of multiple people getting their credit cards skimmed recently. Most people point to common thread of Liberty Gas station on Lee Highway (and a few other likely places in the area) as common thread. But that is not 100% clear.

In most cases, someone buys gas here. Later someone tries to purchase gas in California. Per Cherrydale listserv earlier, it looks like Arlington Police already found a “skimmer” machine earlier at Exxon across the street, but these are new reports from another potential location.

Here’s what she said via email to ARLnow.com: