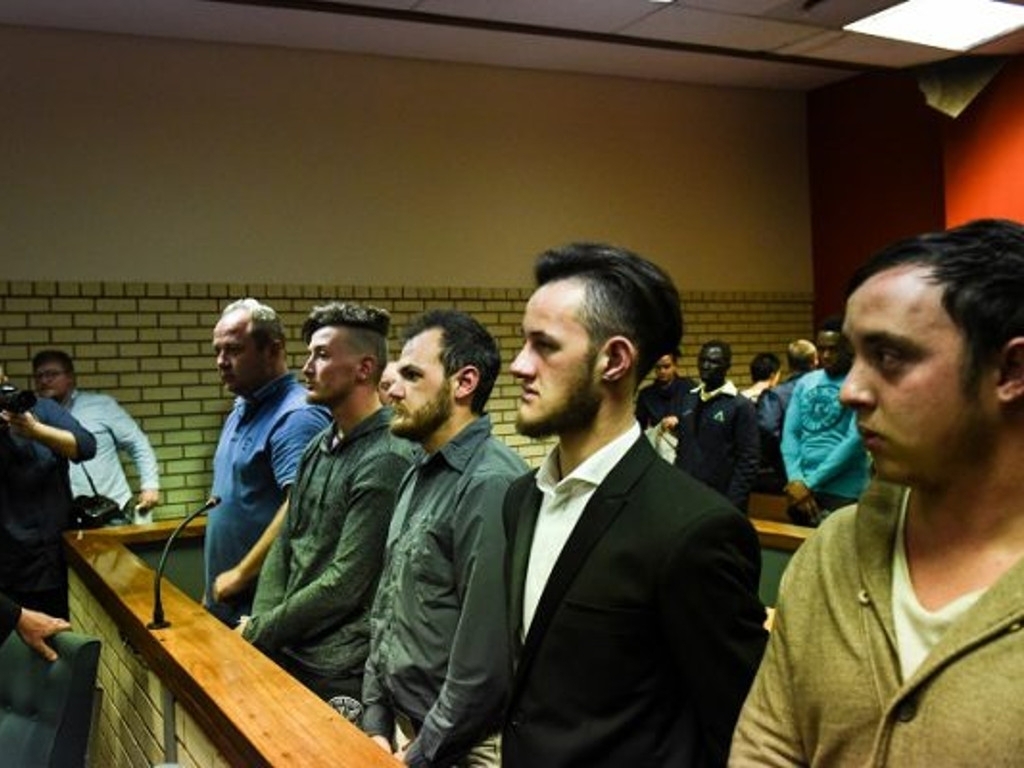 Police fail to add racism and crimen injuria to the charges against the five men accused of assaulting a couple at a KFC earlier this month.

The Pretoria North magistrate’s court, hearing the case of the alleged assault on a couple at a KFC driver-through earlier this month, discovered on Friday that police had failed to add racism and crimen injuria to the charge sheet.

The court heard that the quintet face charges of attempted murder, intent to cause grievous bodily harm and pointing of a firearm during an alleged attack on a black couple at a KFC in Pretoria on August 2, a video of which went viral on social media.

Legal counsel for Nel, advocate JC Erasmus cross-examined one of the police officers involved in the case on Friday.

Warrant Officer Ravi Naidoo, a group commander at Sinoville detective unit, told Erasmus that it was his personal opinion that the attack was racially motivated and in his statement read into the record last week, he said that racially-based incidents of assault and attempted murder were prevalent in the area.

Tladi told the court that one of the complainants said that she had been insulted based on her race.

“They called her a bitch, they also insulted her on her skin colour,” he said.

He told the court that she had been called a “swart gat” (black arse).

He also said that Nel had pointed the firearm at her while the other four assaulted her. Nel is then said to have joined the assault, hitting one of the complainants with the gun.

Nolte questioned Tladi as to why charges of crimen injuria were not added to the charge sheet and why these remarks were not in his statement entered into the record last week.

Tladi said that he was reading from the complainant’s statement and not his own. He did not know why the charges of crimen injuria were left off the charge sheet.

Neither officer knew if the firearm used in the incident, believed to belong to Nel, was a real gun or a toy gun. But it has been sent for forensic testing.

Nel, Schultz and van Rooyen were in court on Friday for their bail application. Muller has since been released on bail, while Harding abandoned his bail bid.

The hearing is set to continue on August 23.