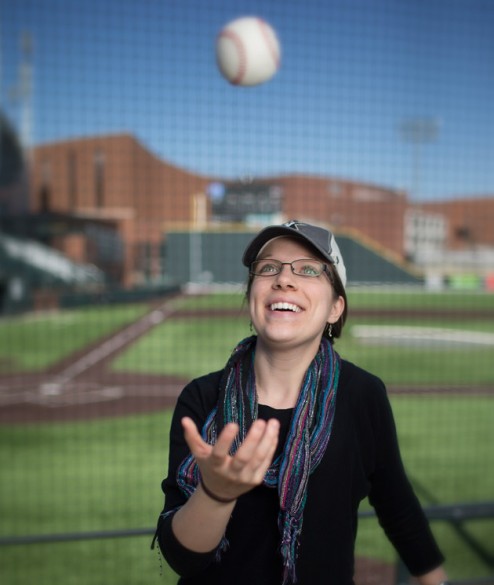 This post is by Katherine Walden, a 2017 summer intern with the Junior Fellows Program. Walden is a Ph.D. candidate in American studies and sport studies at the University of Iowa, where she is also completing a master’s degree in library and information science with a focus on digital humanities and archives. She has a bachelor’s degree in music from Vanderbilt University.

This summer, I have been updating the Music Division’s 1991 baseball music bibliography, which identifies over 400 baseball-related titles in the division’s holdings. Much like a scavenger hunt, my internship involves thinking about where baseball songs might be in the collection, as well as what keywords or search terms might lead to copyright deposits for previously unknown baseball songs. My goal is to at least double the bibliography’s size to provide a robust resource for Library staff, academic researchers and anyone who wants to know more about baseball.

Among my many interesting finds, songs about umpires especially stand out for me. I research U.S. popular culture and baseball labor history, and umpire songs offer a fascinating glimpse into both.

Today, the umpire is frequently an object of fan ridicule. But long before instant replay destabilized umpires’ authority, early baseball fans—and Tin Pan Alley songwriters—looked for ways to ridicule “the man behind the plate.” I have yet to find a song written from an umpire’s perspective, which suggests songwriters thought depicting umpires as humorous or pitiful would have better popular culture traction than attempts to rehabilitate the umpire.

The chorus to the 1909 title “Let’s Get the Umpire’s Goat,” written by Nora Bayes and Jack Norworth (a co-writer of “Take Me Out to the Ball Game”), shows how fans expressed their frustration with the umpire: 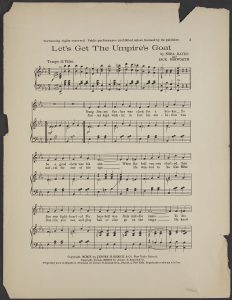 “Let’s Get the Umpire’s Goat,” by Nora Bayes and Jack Norworth.

Let’s get the Umpire’s goat, goat, goat
Let’s make him go up in the air
We’ll yell, Oh you robber! Go somewhere and die
Back to the bush, You’ve got mud in your eye
Oh, what an awful decision!
Why don’t you put spectacles on?
Let’s holler like sin, and then our side will win,
When the umpire’s nanny is gone.

The 1905 title “The Umpire Is a Most Unhappy Man” suggests that driving a hearse was the only profession worse than being an umpire. The chorus asks

How’d you like to be an umpire
Work like his is merely play
He don’t even have to ask for
All the things that come his way
When the crowd yells, ‘knock his block off’
‘Soak him good,’ says ev’ry fan
Then who wants to be an umpire
The brickbats whiz when he gets his
For the umpire is a most unhappy man.

Listen at the Library’s National Jukebox:

Even the famous “Take Me Out to the Ball Game” includes a passing reference to umpires. The song’s main character, Katie Casey, “saw all the games” and “told the umpire he was wrong, all along good and strong.” 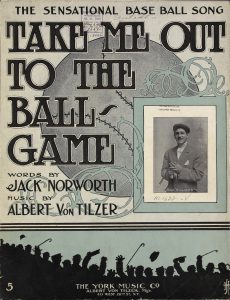 “Take Me Out to the Ballgame,” by Jack Norworth and Albert Von Tilzer.

Early baseball in the United States existed primarily in upscale gentlemen’s clubs, but after the Civil War and into the 20th century, entrepreneurs like Albert Spaulding and Henry Chadwick made strategic efforts to market the game to working class fans, from mass-produced baseball equipment to inexpensive annual baseball guides.

As baseball infiltrated popular culture, labor in professional baseball became a contentious issue, just as it was in other realms. The American Federation of Labor had formed in 1886, the Western Federation of Miners was established in 1893, and the Pullman railway strike took place in 1894. Also occurring were a variety of coal strikes and movements advocating living wages, child labor laws and safe working conditions.

In baseball, it was team owners and league officials who were most often in tension with players in labor debates. But the umpire was an easier target, and composers continued writing songs about umpires past World War II.

To learn more about baseball songs in the era of sheet music, visit the Library’s exhibition “Baseball’s Greatest Hits: The Music of Our National Game.”