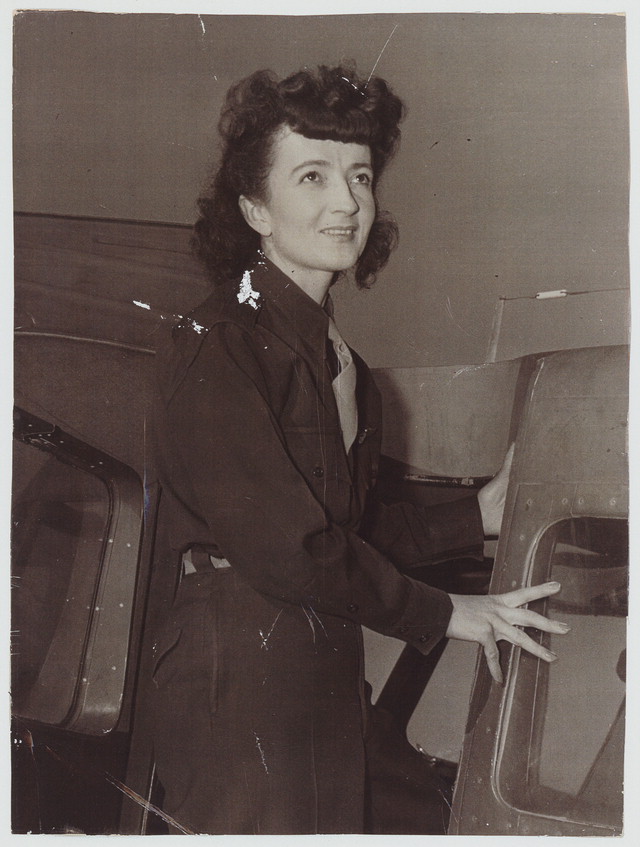 This is a guest post by Megan Harris, a librarian with the Veterans History Project. It is one of four profiles that make up “Veterans on the Homefront,” published in the November–December 2017 issue of LCM, the Library of Congress Magazine. This profile recounts the way in which Violet Clara Thurn Cowden was affected by her time in uniform.

Violet Cowden aboard her plane.

As a farm girl growing up in South Dakota, Violet Cowden watched hawks soaring high in the sky and yearned to do the same. By the time World War II was declared, she had already obtained her private pilot’s license, so the decision to join the Women Airforce Service Pilots (WASP) program was easy.

As she said in her 2003 Veterans History Project oral history interview, “I thought, ‘Well, what better way to serve my country than to fly and do the thing that I love most, and I didn’t have to pay for the gas.’”

Established in 1943, the WASP program employed female pilots to fly domestically in order to liberate men for service overseas, and Cowden was determined to take part. Both underweight and under height, she gorged on bananas and put a wrap in her hair in order to pass the physical examination.

Her determination paid off. Cowden beat the odds to be accepted into the program: Out of 25,000 applicants, only about a thousand received their wings. Serving as a pursuit pilot, Cowden was tasked with retrieving planes from the factory and flying them to the point of debarkation. She loved the visceral experience of flying the P-51, the fastest plane made at the time: She said it felt like an extension of her body, as if she had been given actual wings.

The WASP program was disbanded late in the war, as male pilots began to trickle home from combat tours and the need for pilots was no longer so dire. Considered civil servants rather than veterans, Cowden and her fellow WASPs found themselves without veterans benefits and passed over for jobs in commercial cockpits in favor of their male counterparts. It would take decades of persistent advocacy on their part before their military service was recognized as such: They were designated as veterans in 1977.

In reflecting on her time as a WASP, Cowden said, “I certainly didn’t think I was a pioneer. I was doing a job.” The Women Airforce Service Pilots received the Congressional Gold Medal from President Obama in 2010. Violet Cowden passed away in 2011 at the age of 94.