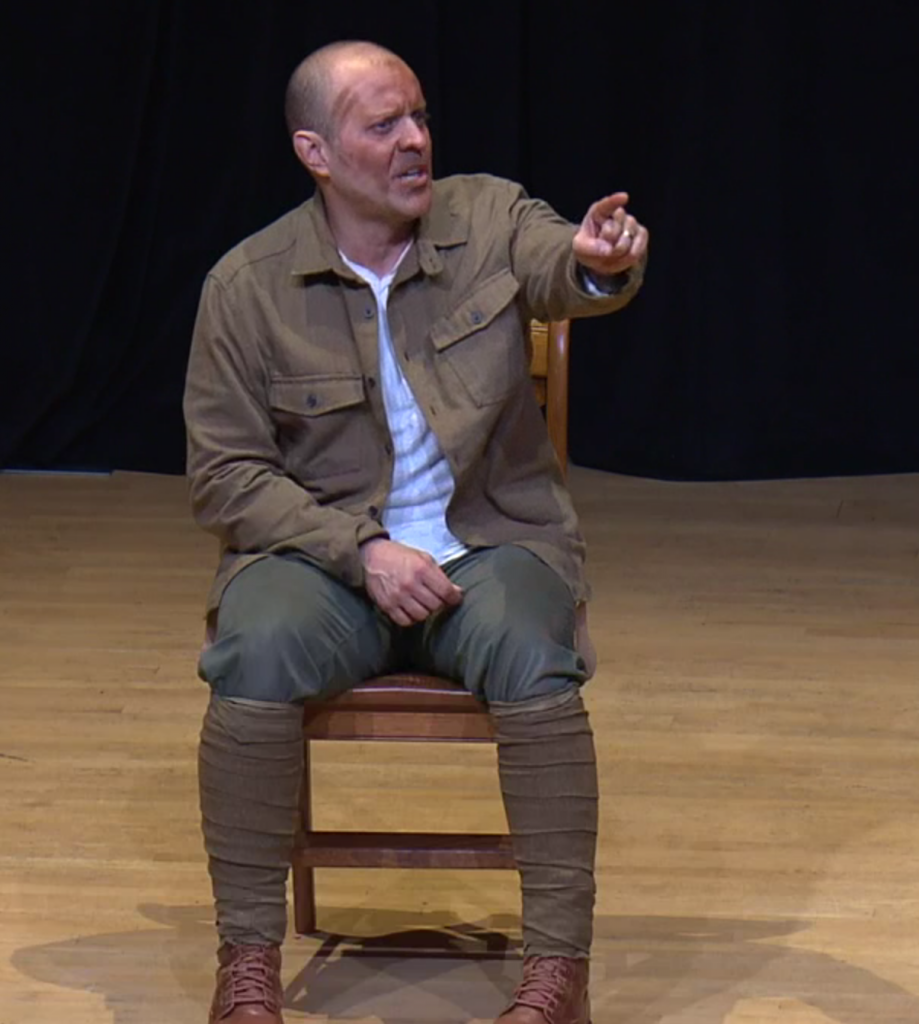 This is a guest post by actor Douglas Taurel, who developed an original one-man show based on a World War I diary in the collections of the Library’s Veterans History Project. Taurel performed the show on November 11, 2017, as part of a full day of programming at the Library in honor of Veterans Day. A recording of Taurel’s performance appears at the end of this post.

For its commemoration of the centennial of the First World War, Library of Congress staff invited me to write a new play based on the life of Irving Greenwald, a World War I soldier. Greenwald’s diary is preserved by the Library’s Veterans History Project and is currently on view in the exhibition Echoes of the Great War: American Experiences of World War I.

Irving Greenwald left 465 days of diary entries, and I set out to read all of them. Luckily, since Greenwald’s diary had been digitized, the process was simple—much easier than my last project, “The American Soldier.” That play is based on letters written by veterans from the American Revolution all the way through current-day Afghanistan, and took eight years to research and write. I located individual letters, mostly at the New York Public Library, photocopied passages from those I found especially compelling, then sorted and transcribed them before fleshing them out into monologues.

Greenwald was a very eloquent writer, so there was plenty to pull from, even in moments that weren’t obviously thrilling. I sorted the passages under basic headings such as Camp, Food, Funny, Death, Trench and more. I used a color-coding system: red meant this was important, green was a cue to stop and reread the material. 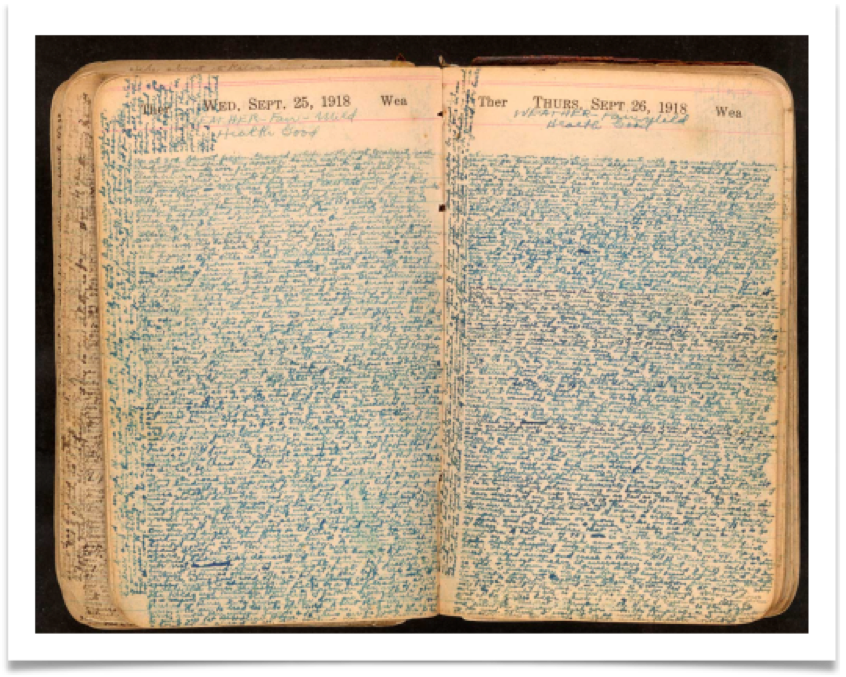 Soon, I had the diary sorted into five basic sections: his camp life, being shipped off to France, arriving in Europe, his trench life and his time in the hospital after being wounded. It took a month to tease out all the best passages on a particular topic. 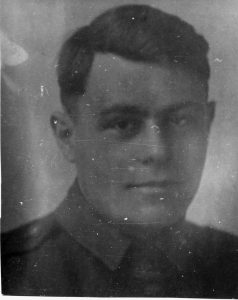 Irving Greenwald’s photograph from the collections of the Library’s Veterans History Project.

The hardest thing to do in writing, especially when it is poetic and eloquent writing that you have fallen in love with, is deleting. I stayed up late many nights reading and rereading, trying to get a feel for how I wanted to tell Greenwald’s story. I brought the draft down to 17,000 words, and then to 15,000.

From there, I moved passages around and added just a bit of connective tissue to help Irving’s writing take the shape of a fluid monologue. It was time to read it out loud, a critical step for getting a sense of whether a play is working or not. So I started reading this early draft out loud to my wife and to a few others, and something still felt off.

It is a frightening feeling as a writer when you feel stuck and can’t move the story forward. I had lived through this feeling before and know it doesn’t last forever. But when you are in it, it feels as if you are never going to see the light at the end of the tunnel. I tried listening to music, something I lean on for inspiration. I looked at images of World War I—the people, the places. And then an epiphany arrived: I knew how to tell my story. Within one day, I was down to 5,800 words.

Here is a sample from the script:

I have just witnessed the wonder of life and the helplessness of death. . . . Why do men do it? Why do they kill? Why do they destroy? The cost of it all, the futility of it. The war will never be won on the field of battle. Why not end it all and spare men and women? I have no courage tonight and no will to live. (Helplessness) I hold on by thinking of my Leah and my Cecilie. [Greenwald’s wife and infant daughter]

On Veterans Day 2017, I portrayed Irving Greenwald on stage in the Library’s Coolidge Auditorium, not far from the World War I exhibition and his diary on display. Present in the audience were Irving Greenwald’s daughter, Selma Ullman, and a number of his grandchildren and great-grandchildren.

It was a beautiful experience to work on and to bring to life his diary, and then to have the honor to meet his daughter and the rest of his family members. I will reprise the play at the Library on May 26 this year, in honor of Memorial Day.