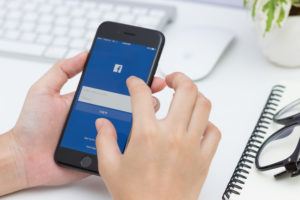 These days, it may be wiser to use the phone rather than Facebook to communicate with your friends. That’s because of a fast-growing scam on Facebook Messenger that uses your friends to hack your account — and devices.

Here’s how it works: You get a Facebook Messenger chat that appears to be from someone you know. In the most common campaign, the message will include your name, the word “video” and an emoji followed by a link — typically a “bit.ly” or “t.cn” short link. Other versions (also specifically addressed to you, appearing to be from someone you know and including a link) claim you qualify for government grants, promise an inside investment opportunity or promote some other easy-money con.

“In some cases, scammers have hacked into your friend’s Facebook account. In other versions, the scammer creates a separate look-alike account by stealing your friend’s photos,” reports the Better Business Bureau. “Either way, scammers are banking that you will trust a message that appears to come from someone you know.”

Click the link, say cybersleuths, and malware redirects users to other pages, depending on their operating system and location. Some land on a fake Flash Player installer; others go to a bogus YouTube page. There, additional malware may be installed, including keystroke loggers that record what you type — to collect passwords, credit card numbers and other sensitive information. To further salt the wound, this malicious software also spreads to your Facebook Messenger contacts.

“Free” airline tickets. This longtime scam, in which one or two no-cost tickets are supposedly offered as part of some promotion or simply for a page “Like,” is again taking flight. Recent spoofing of British Airways, Singapore Airlines and British-based EasyJet added to at least a dozen previous targets, including American, Delta, JetBlue, Southwest, United and U.S. Airways. There are no free airline tickets offered on Facebook, but there is malware in those “get details” links — and you’ll be required to provide personal information that, at the very least, will result in more conning come-ons.

Coupon cons. There’s another oldie on the increase, especially with the upcoming holiday shopping season: bogus coupons that appear to be from trusted businesses such as Amazon, Lowe’s, Home Depot, Costco, Sears and even regional supermarkets. The offers and names change frequently, but some things are constant. First, you’re typically required to pass the fake coupon on to your Facebook friends, to expand the pool of potential victims. Next, you and your now-hooked Facebook friends are directed to complete a survey, which usually requests sensitive personal information. In addition to getting more unwanted spam and robocall rip-offs, you might get hit with hard-to-cancel programs that charge monthly fees for additional fake offers. Plus, there’s the likelihood of malware.

Hurricane hoaxes. Harvey, Irma and Maria have given Facebook fraudsters ample ammunition for their usual post-disaster tricks: pleas for donations to bogus charities and malware-laden links that promise shocking or compelling videos. But the newest ruse may be even more cruel: It’s a Facebook page falsely claiming that Carnival is offering a free four- to seven-day cruise for victims of Harvey or Irma, along with $100 in onboard credit. The catch: “Just pay taxes and port fees.”

For information about other scams, sign up for the Fraud Watch Network. You’ll receive free email alerts with tips and resources to help you spot and avoid identity theft and fraud, and gain access to a network of experts, law enforcement and people in your community who will keep you up to date on the latest scams in your area.