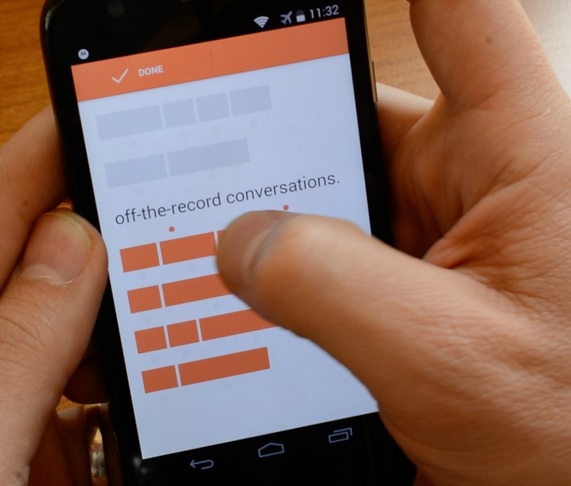 A disappearing message app called Confide fails to actually provide the privacy safeguards it promises—such as a protection against screenshots—according to a federal lawsuit filed on Thursday in New York.

Confide, which launched in 2013, enjoyed a recent burst of popularity amid numerous reports that Republicans and Trump Administration staff were using the app to communicate in secret—and to shares leaks with the media.

The Confide app has long been controversial among security experts who have expressed skepticism about its claims of “military-grade encryption.” But the allegations in the lawsuit appear to be even more serious, claiming the app fails to deliver on a number of its advertised privacy features.

Specifically, it claims Confide fails to warn users when the person they are communicating with takes a screenshot. It adds that in the case of Windows desktop users, message recipients can easily take a screenshot of the message, including the sender’s name.

“Confide fails to deliver on two of the three requirements that it espouses as necessary for confidential communications: ephemerality and screenshot protection. Absent these protections, Confide knows that it cannot deliver on its promise to consumers that communications sent through it will be confidential,” the complaint states.

If the claims are true, it would appear to contradict Confide’s claim that its technology prevents such tactics.

The person who filed the lawsuit is a Michigan man named Jeremy Auman, who claims Confide’s advertised privacy features led him to pay $6.99 in January for a monthly subscription. Now, he is seeking to represent every other paid…